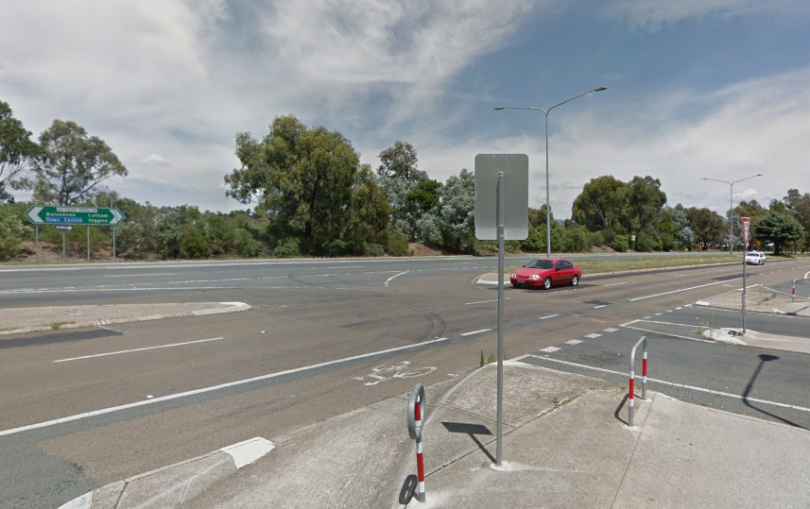 Belconnen residents have expressed their safety concerns about notorious intersections on Southern Cross Drive that have been the site of serious car accidents in the last four years, calling for immediate change.

The intersections of Ross Smith Crescent, Chewings Street and Ratcliffe Crescent along Southern Cross Drive have been a major concern for Canberrans living in Scullin, Page and Florey, and are now the subject of a campaign by residents, motorists and Labor MLA Tara Cheyne.

“Southern Cross Drive has been on our radar for a while,” Ms Cheyne said. “There was that awful crash in 2015 when a young girl died and there was a motorcycle accident early last year where a man died.

“It really is time to do something about these intersections and it is the right time in the Budget cycle. This section of road needs to be prioritised.”

Ms Cheyne has run a petition on her website advocating for upgrades along Southern Cross Drive, which has attracted close to 100 signatures and suggestions.

“Residents and passers-through are deeply concerned about their safety and the safety of others,” she told Region Media. “Many people have shared with me their concerns, the accidents and near-misses they have witnessed and their desire for change.

“We just need to take some action.”

“Every time I drive through one of these intersections with my five-year-old son in the backseat, I remember the young girl who was killed in a crash there,” Ms White shared. “I can see how those accidents happened because it is almost impossible to see oncoming traffic.

“A lot of our residents feel like this is a safety issue but its also an unavoidable issue because we need to use those intersections to get in and out of our suburb. No one wants to live near a black spot.”

Ms White said she will feel relieved when the ACT Government proposes a solution.

“People have a number of ideas and solutions. For me, I think traffic lights would be a good solution but I am not an urban planner,” she said. “What I know is what is currently in place is not safe and not sustainable.

“The Scullin community and the Belconnen community deserve a safer solution for these black spots and it needs to be addressed.”

Southern Cross Drive will only be “safe” when there are traffic lights at Ratcliffe, Ratcliffe, Chewings, Ross Smith, Starke, Starke, Dalley, O’Loughlen, Beaurepaire, Spofforth, and O’Reilly. Then the govt will throw its hands in the air and say not their problem.

Get off your phones, pay attension..
There are Way worse intersections than these..

I agree. Let’s not do anything about anything because somewhere there is something worse. Just be grateful and put up with bad.

Canberra has the best roads
in aus…
I havent been to wa nt or tas but im betting there road are a tad worse then canberra..
Adelaide and sydney have been the worst ive seen..

One thing that people seem to lack when it comes to the simplest tasks in life such as driving a motor vehicle is COMMON SENSE.

That’s it is it? Common sense will prevail no matter how badly designed or maintained the roads?

Jake Scholes Oi Jakey, is that you in the shot? Driving that sexy AU?

i live close to this series of intersections and use them everyday – they are completely fine. People need to pay more attention to what they do on the roads!

Tobias Ridewood NO! The government should spend millions so I don’t have to think, or consider asking an alternate route.

Agreed, i live just up the road and have never come close to having and accident, i see many idiots that can’t drive who wouldn’t surprise me if they got in an accident there

Agreed. The amount of times I’ve been waiting to cross into florey heading from belconnen and the car in front of me has gone when they really should of waited or I’ve had the car behind beep their horn or wave their hands around in frustration because I’m waiting until it is safe to cross. I’m waiting for the day I see an accident purely because people cannot wait a few more seconds. Its ridiculous.

People should pay attention but when data shows that a section of road is having a high number of accidents and incidents then it is worth examining the problem. The next step is not taking the words of you or me that there is or isn’t a problem, it is getting some hard data on the suitability of these intersections as they are designed.

When first built different story but that is why the closed one lane on Souther Cross Drive and brought the traffic islands into what was the inside lane.

Biggest issue there and frankly at most intersections in Canberra is people are in too much of a rush and cannot handle the fact the roads are getting busy and their previous 5 minute trip will now take 5.5.

Martin McMaster along with yours no doubt.

And interesting just announced lights going into these two intersections.

Are you saying that there is nothing to be gained by good road design and maintenance?

How about driving safely.That might be a cheaper solution.

Mark Flynn agree with you Mark , Canberra drivers are terrible .

You got it. Case closed. Ignore the data.

How about we stop wasting money on traffic lights, and just have more police on the roads fining crappy drivers? I have never had a problem with these intersections. There’s nothing wrong with them if you have half a brain and some patience.

The speeds allowed on Canberra roads, and Australian roads generally, are too high. Canberra’s roads are quite good, reducing the number of accidents per km but when Drivers make errors the resultant accidents are more serious. Another issue is the volume of traffic, exacerbated by the large proportion of kids driven to school. Near SFX is a nightmare. Contrary to what people who use them imagine the mixed use paths are in Canberra and especially Belconnen poorly designed, incomplete and in poor condition. And many parents will not let kids ride or walk across heavily used 60kph streets. We make it safer for kids to walk from the car but do not apply similarly low speeds for kids who walk or ride for the rest of the journey to school. Time to apply Euro standards to road management, not western Sydney.

You got that right. Worst intersection in Canberra.

I watched someone drive into a light pole at that intersection right in front of me once.

I actually think roundabouts would work quite well at that and the other intersection there because of the flow traffic? And I really hate roundabouts…

Joel Byatt Kuringa and Owen Dixon are getting lights within the next year. Gov chose to do the lights on Tilyard and Ginninderra first. Speed bumps going in on Spalding in Flynn as well.

A family member of mine died last year on that intersection with no one held accountable. Wrong place, bad timing and bad sight lines blamed including the intersection! Yes the intersection needs to be safer for everyone, sorry if saving lives inconveniences everyone so you can get home or to work 2 minutes sooner!

Or install people that can drive?

Many roads in West Belconnen are badly designed, such as Southern Cross Dr.

Another example:
In the time that we have lived in the area, 13 people have been killed (and many more badly injured) on Kingsford Smith Dr between Ginninderra Dr and Alpen St, a distance of 1.6km. If these deaths had occurred on a 1 mile stretch of road in Inner Canberra, would inaction still continue?

Have police presence there for some peak times. Immediate “learnding” for those goodly Canberra drivers.

As a Florey resident who lives near these intersections and uses them everyday, they are poorly designed. I think lights would be a nightmare but something needs to be done

Nothing wrong with the road

Agree some of them probably need lights now to increased traffic volumes.

But not sure about poor visibility being an issue. Provided you drive like you are meant to which is slow down, look and Giveway you can see what is coming. It is those that down slow down and give way that cause the accidents.

Take licenses off bad drivers. Pretty simple. No need to inconvenience everyone else on that already under utilised road

Edgar Sharp How do you identify bad drivers.? We know speed and alcohol correlate with crashes so do you permanently remove the licence of anyone who speeds? We certainly do need to control car use but the reality is some people are not as good at driving as others. All the evidence shows controlling speeds makes it easier for those of limited skill to not have crashes.

Yes we’d have to limit speed to let everyone drive, but how slow do you go before it’s just ridiculous? My preference is take the poorly skilled drivers off the road, which can be judged by basic things like an inability to negotiate an intersection, maintain a speed relevant to surrounding traffic, poor lane position, poor reaction speed, poor awareness of their surroundings, etc… It’s very easy to spot them but the current system does nothing to keep them away from the rest of us.

Would be nice if we could improve driving

Yeah wow, how long does it take….? how many more incidents? similar consideration should be put on the Monaro to Cooma. Put in traffic lights and slip lanes where they are needed. 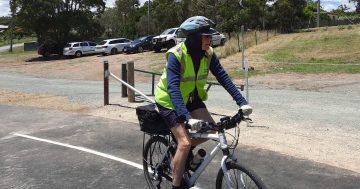