With the deadline fast approaching, Canberra’s A-League bid has begun assembling an advisory board to advise on the bid’s corporate and international strategy and to help transition the bid to a high performing professional club.

Bid Organiser Michael Caggiano has announced Jo Metcalfe, a senior executive of global services firm GHD, as the board’s first appointment, who will help the bid with its infrastructure plans and investments and also help the club grow its Asian connections.

“Jo’s expertise provides value in the areas of corporate governance and international strategy as we aim to leverage the opportunities that come with the A-League’s connections into Asia,” Mr Caggiano said.

“We want to bring together the considerable executive experience required to get this bid across the line and build a successful club. 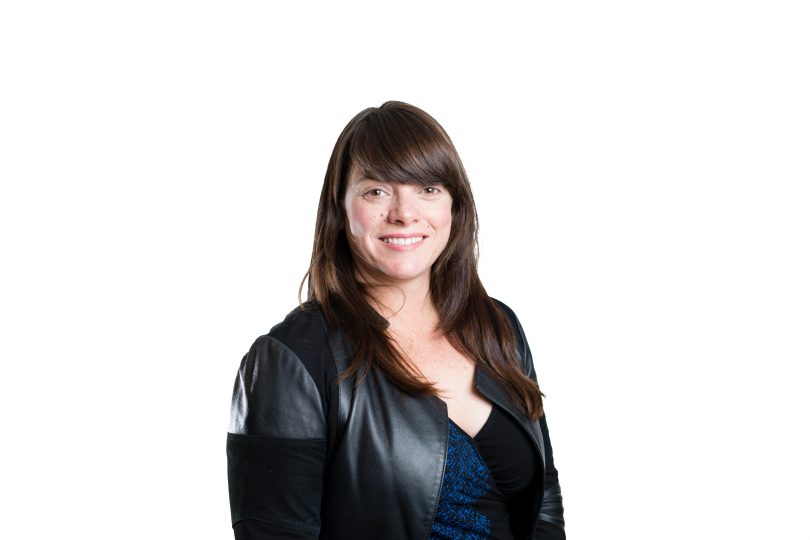 “We are lucky enough to have some very high calibre people from the very top end of the corporate and sports worlds helping us behind the scenes, so this is about officially bringing some of those people into the bid.

“Jo provides value on so many levels. She’s a career professional, a champion for diversity and inclusiveness – all key values of a strong community and a community-based sporting club.”

Ms Metcalfe is the global strategy development leader at GHD, a multinational professional services firm that employs more than 9,000 staff in around 200 offices around the world. She is also a former member of the University of Canberra council and winner of the prestigious Female Champion of Change award in 2016.

A passionate football fan, Ms Metcalfe said she was delighted to be joining the bid’s advisory board.

“The football communities of the national capital and surrounding regions need to be represented in the A-League,” Ms Metcalfe said.

“The Canberra and Capital Region bid is being structured at a grassroots level, and I think that’s incredibly important.

“It strikes me how passionate and well-organised the bid is, the expertise of the people working on it, and how big they are thinking. The international connections and calibre of people involved are impressive.”

TimboinOz - 4 hours ago
Ian, Most senior level public servants do not have the skills to cope with change. They tend to have little empathy, because,... View
Andrew Brettargh - 13 hours ago
Stephen Mee ... it's the quality of the opposition "frontbench" and the constant reminder of Zed... the labor-greens have ple... View
News 7

JC - 4 hours ago
Of course the issues are catchment related, the lake was designed to be part of a pollutant trap sitting between the suburbs... View
chewy14 - 6 hours ago
BJ, Whilst I think politics definitely influenced early parts of the project, Tuggeranong has since seen the construction of... View
bj_ACT - 8 hours ago
Tuggeranong’s water quality has not been getting better. I didn’t know you were such an easy marker on the score of ACT g... View
Opinion 13

Mary Ann Rodgers - 5 hours ago
Samyukta Paturi Even the NSW Health person said it will increase cases when schools go back. 2 yrs and still we have no decen... View
James Tartarus-Gibson - 13 hours ago
Toni Isaacson if you're terrified take extra steps then. At some point life has to go back and covid is not going anywhere View
Chantelle Milin - 14 hours ago
Amanda Salske they’re not compulsory... View
News 2

MERC600 - 5 hours ago
I think I heard the radio news correct early this morning, around 10, where it was reported a young local League player was f... View
Linda Seaniger - 8 hours ago
Next they’ll be barring private traffic on Northbourne & Commonwealth bridge altogether whilst they extend the costly & out... View
News 11

chewy14 - 6 hours ago
Kenbehrens, I definitely see a role for the seizing of cars and prison time for repeat offenders as well.... View
phydeaux - 8 hours ago
"Penalising “poorer” [sic] people less, is an incentive for them, and a serious grievance to others" So sorry to hear tha... View
kenbehrens - 8 hours ago
Difficult question. I've often thought that fines are inequitable with those on higher incomes not adversely impacted. Yet th... View
News 319

bj_ACT - 6 hours ago
That’s a really interesting read A nony mous. We deserve to know more research and analysis. Many of the Oaks and Cedars of... View
A Nonny Mouse - 10 hours ago
The Local Government Association of South Australia commissioned an 'Independent Inquiry into Management of Trees on Public L... View
bj_ACT - 11 hours ago
I’d certainly like to see some peer reviewed stats on the tree falls in Canberra. I noticed on radio last week the TCCS exe... View
Motoring 26

Capital Retro - 11 hours ago
"The Hilux has been made in Thailand for ages. Still up the top." Well, not at the top with the full range: https://www.which... View
News 13

Tammy-Jo Madsen - 13 hours ago
The ‘immediate refund’ takes 3-5 days. The machine needs to scan the barcodes of each individual bottle, so needs to be l... View
News 36

While the COVID-19 pandemic has changed many elements of work – such as embracing Zoom meetings and flexibility around working from...
News 319

Following the recent storms which tore through large swathes of the Belconnen and Gungahlin region, many residents have voiced their...
Community 54

@the_riotact @The_RiotACT
Are #eucalypts good street trees? Storms have felled plenty of limbs (and whole trees), but some say how we live in the #suburbs is the real problem. Have your say in our #poll https://t.co/5EEdnhFAZa (1 hour ago)

@the_riotact @The_RiotACT
The Canberra #Comedy Club is saying goodbye to The #Civic Pub, and while it hasn't found a new permanent home yet, organisers are hopeful the future of the comedy scene is bright in Canberra https://t.co/SKpCIEV8aW (2 hours ago)

@the_riotact @The_RiotACT
When a #tree branch falls in a car park, is anyone liable? #ACAT has dismissed a #damages claim but found the ACT Government should be more proactive in how it manages older trees in high-traffic areas https://t.co/qZySV2u95J (4 hours ago)