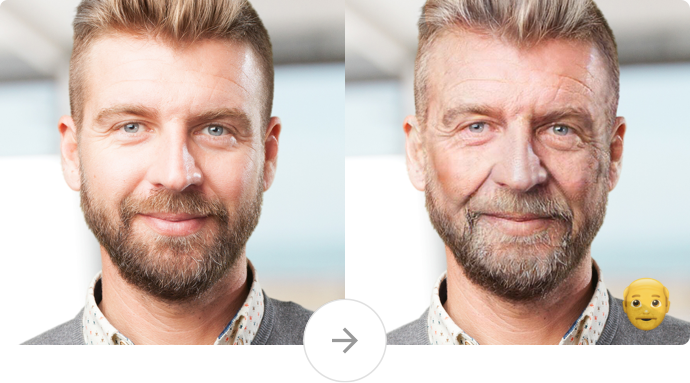 FaceApp uses artificial intelligence to digitally age people’s faces and allow them to meet their ‘future self’. Image: faceapp.com

A Canberra academic and cyber security expert is warning people about the dangers of using the hugely popular FaceApp – saying their images could be used in malicious ways.

FaceApp was developed in Russia by Wireless Lab and its latest old age filter has been taking social media by storm, with celebrities among the hordes of people responding to the #faceappchallenge to digitally age their faces and share photos of what they will one day look like.

However, the director of UNSW Canberra Cyber, Nigel Phair, is advising people not to use the AI-powered app as they first have to agree to terms and conditions which allow FaceApp to use their images as they like.

“Once you upload your photo the Russians who developed the app own the intellectual property of that photo,” Mr Phair told Region Media.

“Even if you subsequently delete the app, they still own the photo.

“There is a strong chance that they will do something malicious with it.”

Mr Phair said it is possible a person’s image could then be used for identity theft or passed on to commercial entities.

“The developers behind this didn’t spend hundreds of hours building this just because it’s good fun,” Mr Phair said.

“You don’t know where they’re going to pass your images onto within the Russian state or to commercial entities.

“There’s no such thing as free in the online world – you are the product.”

He said that people aren’t thinking before they sign up to apps and often agree to terms and conditions without reading them.

He acknowledged that it can often be difficult for people to access and understand the terms and conditions, but wants app users to realise that nothing is free and there is always a cost, such as loss of privacy.

Mr Phair is particularly concerned about FaceApp because it was developed in Russia.

“The reality is that the Russian state don’t abide by the international norms,” he said.

FaceApp recently put out a statement responding to privacy concerns, saying they might store an uploaded photo in the cloud but that most images are deleted from their servers within 48 hours from the upload date.

TechCrunch quotes FaceApp as saying: “We don’t sell or share any user data with any third parties.”

David Lockwood unlikely. Your photo is on FB anyway and available publically

Also the app has been given permission to use your camera …

Lol , I never do this stuff . Suckers

John Andriunas Yes of Course there is abit of update on my life but not many. There difference from sharing a bit to keep friends upto date and family to giving your life fully away to social media

Be careful of displaying pictures of children, too.

Steven your Facebook profile is pretty much open. You can limit who can see information about you by updating your settings. That would be an easy way to be more careful.

I wouldn’t say your fb page is locked down at all. Maybe have another look at it.

Never said it was locked down im happy to share some detials about my life as it very easy to find out anyways. even more when u live in a place like canberra. What I was trying to say is some people share sop much you could track or even know what they did every min of the day. i do think its funny how everyone had to check my page out haha.

A French security researcher who uses the pseudonym Elliot Alderson ran a check on the app and found it was not actually uploading your entire camera roll just the photo you were modifying. Which is what you’d expect from an app like that. Alderson said he also couldn’t find any evidence it was stealing all your data; it was just getting your device ID and your device model. Which, again, is pretty much to be expected. The reason the app was causing such a fuss, Alderson hypothesized, was because of fears about Russia 🤓

Similar to what RiotAct puts in its T&C:

2.5 When you submit content, in any format, you acknowledge that you have all necessary rights, including copyright, in the material that you are contributing to RiotACT. You agree that RiotACT may use the material online and in whatever other ways RiotACT chooses, now and in the future.

Yeah, they make you look old. Tall Jan is malicious.

Yes unlike facebook and google and Twitter and instagram and Snapchat and what’s app and all the others who have nothing but good intentions with your personal data.

Kathleen Lee - 3 hours ago
What! They are historical buildings. Don't be so silly. View
Glenys Callaghan - 6 hours ago
I love these buildings, they represent Canberra to me. I hope they are never pulled down as they are part of Canberra’s his... View
Property 5

ChrisinTurner - 6 hours ago
Some of the footpaths in Braddon are still narrow concrete and the rest dirt. View
Community 10

Anna Noces Gatdula - 8 hours ago
One of the most hard working I work with! Bless you barb😘 View
Jenny Pearce - 9 hours ago
Well done Barb, you bring joy to the little people in your care.😀 View
Lifestyle 11

The scaffolding and temporary fences have come down on the corner of London Circuit and Constitution Avenue to reveal the...
Opinion 44

The plight of former Barnardo’s mother of the year and mum of seven Belinda Nunn brings into sharp focus the housing...
News 44

Canberrans under the age of 50 will be shepherded towards the Pfizer vaccine at the Garran vaccination hub instead of receiving...
Lifestyle 92

@The_RiotACT @The_RiotACT
In recognition of their commitment to turning waste products into quality resources, @iconwater scooped up several Banksia Awards for Sustainability https://t.co/17dWPPPinm (1 hour ago)

@The_RiotACT @The_RiotACT
The number of vacant properties to rent in the ACT is shrinking. New data shows just how tough the market is https://t.co/MMNxYSKl3A (4 hours ago)