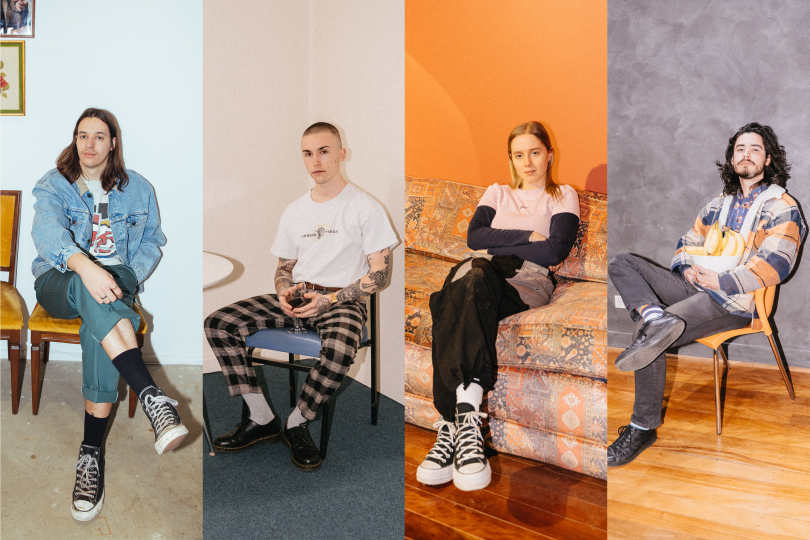 The second Ausmusic T-Shirt Day of the year is set to place to take place on Friday (20 November) and Canberra musicians are in need of your support more than ever.

Local bands like Sputnik Sweetheart have been left high and dry by the pandemic but Canberra’s music scene should not be written off just yet with artists getting ready to drop new music ahead of the Christmas holidays.

“It has been a challenging year for the industry across Australia and putting new music out feels like we are able to keep going and hopefully play some shows when we are able to.

“Playing in front of people will be really nice. The live streams were great, and a great way to stay in touch with our fans and the music community, but we are looking forward to doing a live show when we are able to.”

The band supported Canberra icons Hands Like Houses at the Live In Ya Longue live stream during the pandemic and are about to drop their new single, Rolling, in the coming weeks.

“We are super excited to put new music out and get back in touch with the community,” the band’s bassist, Joe, said. “It feels really good to get back into it. 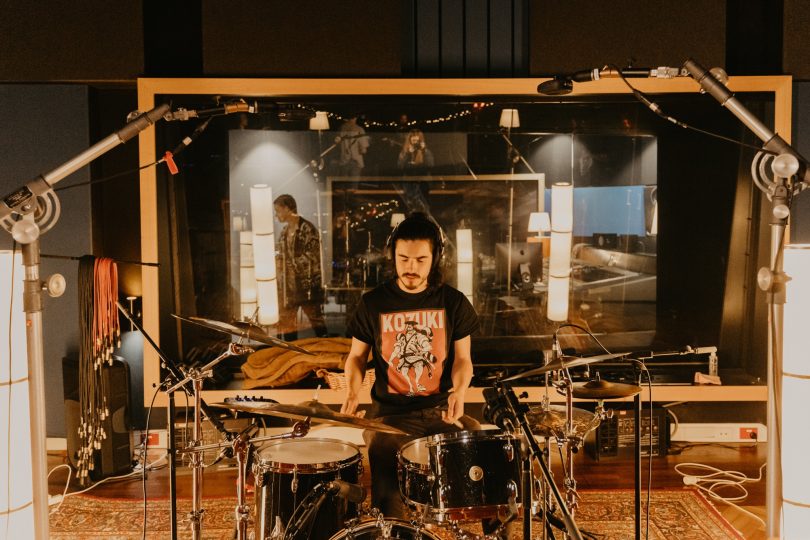 The band’s new single, ‘Rolling’, will be out on 3 December. Photo: Supplied.

“We have supported other local artists through their live streams and events and by listening and sharing as much local music as we can.

“We have also been buying merch and trying our best to support our peers the same way they have been supporting us which is super important during this tough time.”

Data from Support Act has revealed just how tough it has been for artists this year.

Artists’ requests for crisis relief grants have increased by almost 900 per cent, while calls to the organisation’s Wellbeing Helpline increased by more than 50 per cent since the pandemic began.

It is why the organisation ran a special edition of Ausmusic T-shirt Day back in April as it desperately tries to raise funds for local Australian artists.

READ ALSO: Live music is back in the ACT!

And as for Sputnik’s choice of threads for this Friday?

“I have a HYG shirt so I will definitely be repping that. I actually wore one of their shirts for the live stream that we did!” Nette said.

For more information – including a range of T-shirts for sale – visit Ausmusic T-Shirt Day. You can also donate, start a fundraiser or seek support as an artist at Support Act.

‘Rolling’ will be available to stream on all services from 3 December 2020.

Sam McCracken - 11 minutes ago
Betty Meiksa I didn’t get that feeling at all from Jennifer’s comment. She’s saying that you should continue your tenan... View
B-rad McDonell - 28 minutes ago
Housing should be a base human right. There’s zero reason we shouldn’t have basic public housing available to all that ne... View
Ruth Donnellan - 2 hours ago
Kerry Crampton the police can't force people out of properties, only if they've been evicted and don't leave. View
Food & Wine 46

Nicholas Love - 2 hours ago
Chris Olsen I appear to be the person that listens to 2ca? Not many in my age bracket it would seem 😎 View
Kat Rothwell - 3 hours ago
Y'all just beige View
Chris Olsen - 4 hours ago
Haven’t listened to 104.7 since the change in style to top 40. Wish we had a rock station in Canberra 🤘🏻 View
News 16

Ayrton Coll - 2 hours ago
You should laugh, it's probably the more sane thing to do. View
News 44

artismal - 3 hours ago
The poor cousin Queanbeyan is happy to have ACT residents contribute their time, money and effort and to volunteer their time... View
News 24

@The_RiotACT @The_RiotACT
It's shaping up to be another busy week in the capital region, with a little something to keep everyone entertained https://t.co/XzWJbLzkyB (3 hours ago)

@The_RiotACT @The_RiotACT
Belinda Nunn has been lauded for her dedication to her seven children and the community, but now her family faces homelessness as they join the long queue for public housing https://t.co/sZq5Z0XRNE (5 hours ago)