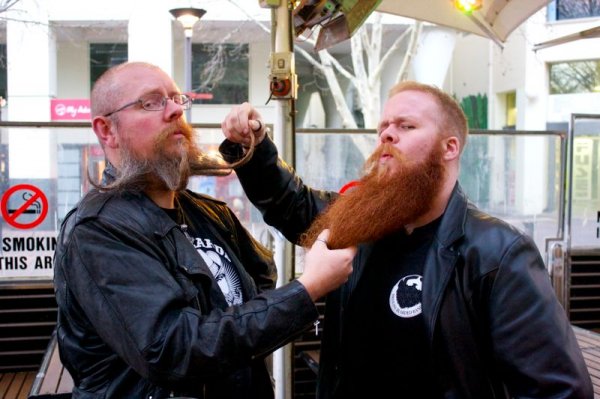 As Saturday marked World Beard Day, I found myself delving into Canberra’s facial hair culture. Did you know we have our very own Beards of Canberra Instagram account? Or that the National Portrait Gallery has created a comprehensive timeline of facial hair trends since Australia’s colonisation? And if you’re so inclined, there’s even a beard and moustache appreciation club called The Canbeards. 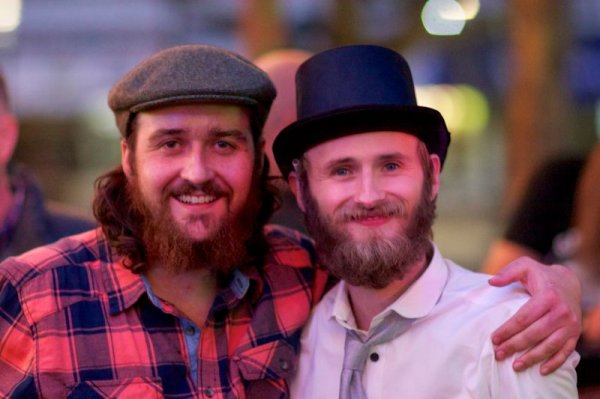 Club member Michael Lynch explains “We meet once a month at King O’Malley’s and celebrate all things facial hair. Beards have really seen a resurgence in the last two or three years, they’re definitely in at the moment. If you walk up and down Lonsdale St you’ll see tonnes of them.” 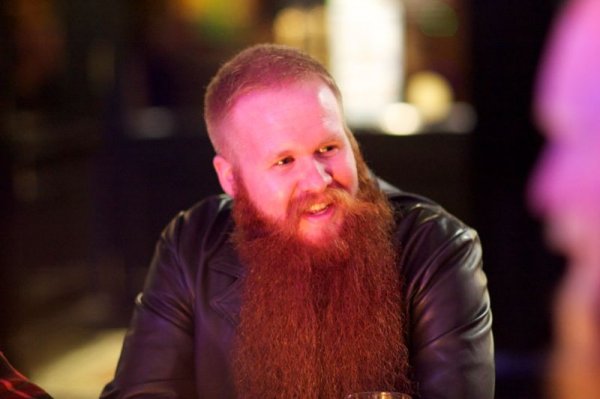 Peter Barclay, Managing Director of King O’Malley’s (and a bearded man himself), is keen to support Canberra’s bearded population. “King O’Malley was the founder of Canberra and had a fantastic beard all his life”, he says. As well as being the official home of the Canbeards club, the pub has also hosted the Movember Gala Party for the last nine years, raising about half a million dollars each year for men’s health, prostate cancer and depression through Beyond Blue. O’Malley’s is also the only place in Canberra where you can drink a Beard Beer, an America brew that’s made using yeast taken from the brewer’s own beard. “It’s got the yuck factor”, says Peter, “but it’s actually a really nice beer!”. 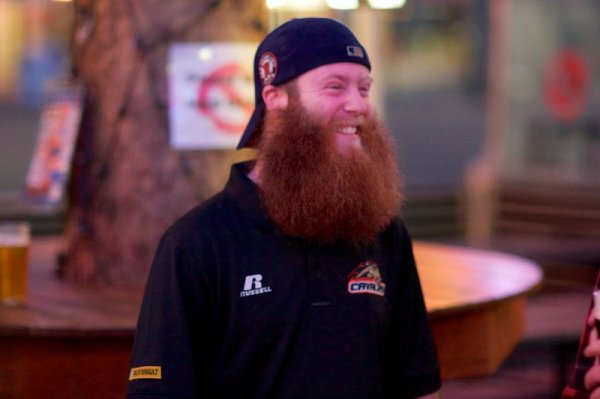 On top of that, King O’Malley’s also hosts the annual Best Beard in Canberra competition, which was taken out this year by Jason McCormack. Since wining the competition, Jason’s been riding high giving interviews and being stopped by people on the street. “Blokes want photos, girls just want to plait my beard”, he explains. He’s also recently raised $3,100 for a young boy fighting Leukaemia, and ultimately wants to create an organisation called Beards Against Childhood Cancer. 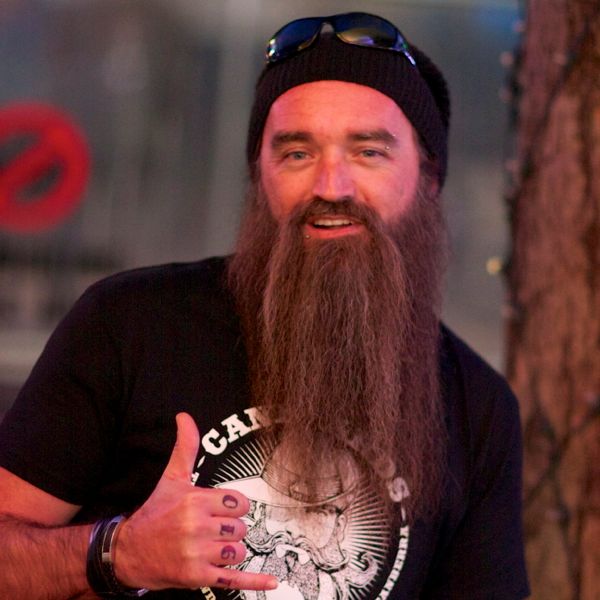 Using their beards to do good and challenge stereotypes is something all Canbeard members seem to be passionate about. “If you have a beard, people assume you’re a biker or homeless or a drug lord”, says Jason. “So part of the mission statement for the Canbeards is changing negative connotations towards beard owners”. 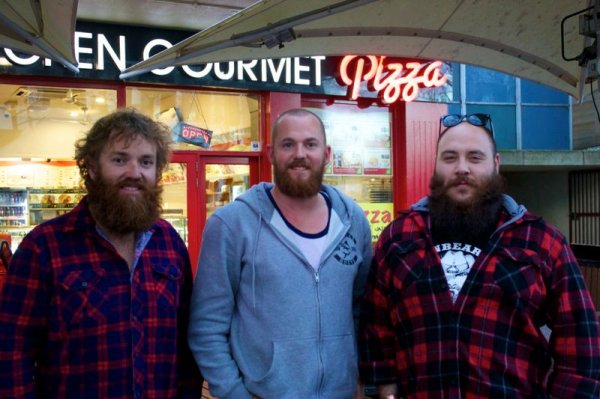 While there are evidently some drawbacks to sporting facial hair, the trend has also created lucrative opportunities for local entrepreneurs. Ex-Canberra Cavalry pitcher Hayden Beard has created a promising start up business selling beard oil. Beardy’s Beard Oil has just sold it’s 100th bottle since it began operations less than a month ago. “With my surname, I had to do something with beards…it was meant to be. It’s my duty as a Beard to bring the beard back” he says. 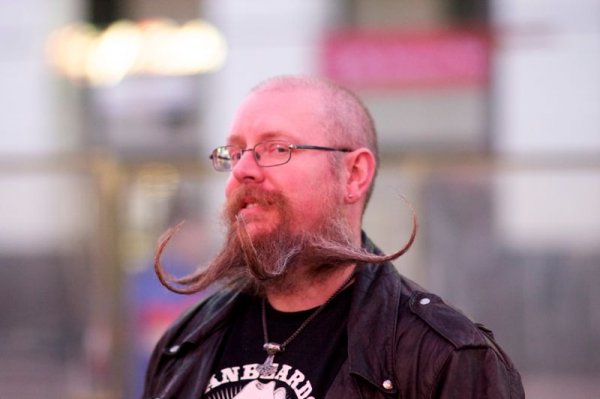 So what’s the future for facial hair in Canberra? “Styled beards are obviously in”, says Michael. “And styled moustaches are becoming more and more popular, I see a lot of guys with styled moustaches in Braddon. But I think the next big thing is just big, long, manly beards. I want to see more commitment, less trimming and less manicuring!”

Who knows, perhaps we’ll even see another bearded Prime Minister (as Canbeard member Matt points out, we haven’t had one since 1923)…

What are your thoughts on the Canberra beard scene? Have we reached saturation point? Is it time to reach for the razor? Do you have a beard? What kind of facial hair (if any) do you appreciate on a man?

My husband is a bearded man who in his youth went by the name ‘hairy’ thanks to some fairly spectacular hair covering both his head and chin. These days he talks beard growing strategy and shape. I think the kids would freak out if he turned up smooth chinned one day and I’ve grown to love it. (BTW – Gingers rock and those ginger beards are frankly magnificent!)

Thanks for the support mate.

Hopefully when the ‘fad’ is over we will still be meeting up with friends and sharing good times.

You are welcome to join us at the next event – regardless of your facial hair status.

More power to you, I never said anything about wanting to stop people from making new friends and/or having a good time.

I am a sucker for a big hairy dude – don’t suppose women are allowed at these monthly Canbeard catchups? 🙂

Everyone is welcome to any of the events – the ladies fake beard aka Whiskerina competition is always a favourite of ours.

Thankyou for the support.

I am a sucker for a big hairy dude – don’t suppose women are allowed at these monthly Canbeard catchups? 🙂

Thanks for the support mate.

Hopefully when the ‘fad’ is over we will still be meeting up with friends and sharing good times.

You are welcome to join us at the next event – regardless of your facial hair status.

Good time had just sharing a laugh not judging or being judged, until it makes the internet.

Thanks Wolf – that is the whole idea.

Sharing a few laughs with friends.

Agreed. Most tatts you see these days are cheap and nasty, and I can’t think why people would have them. Occasionally you see a genuinely good one, though.

Good time had just sharing a laugh not judging or being judged, until it makes the internet.

NiCe_tRy I_WoNT_LiE - 52 minutes ago
Anyone who knows bruiser could've told you he would pass the test. Good on ya bruiser !!! View
Chris Pye - 2 hours ago
Yes!!!! There is still some good in the world! Absolutely wrapped for Pauly and Bruiser 👊 View
Sharon Allan - 3 hours ago
Such great news Paul glad bruiser and u will b reunited soon 🐕🥰 View
What's On 1