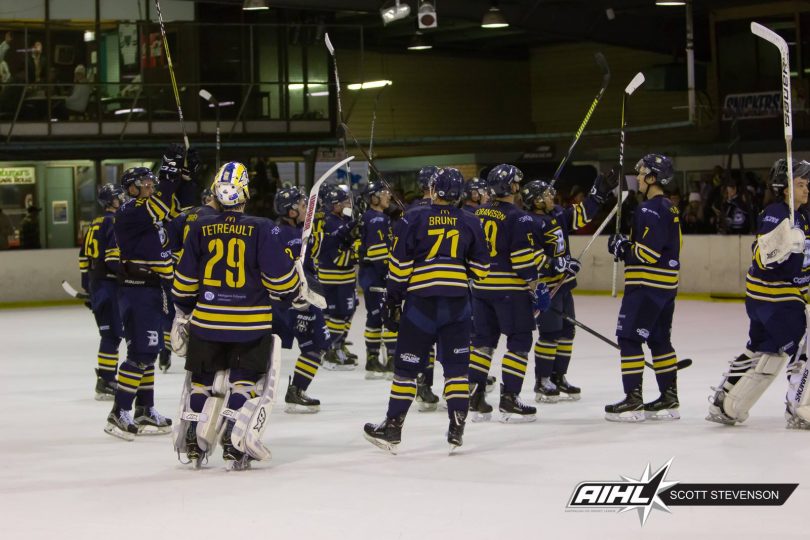 Only two rinks in Australia fit the criteria for hosting a major event – Melbourne or Newcastle. Photos: Supplied.

They may be one of the greatest teams the Australian Ice Hockey League has ever seen but the Canberra Braves will not play the finals at home this weekend, despite winning the minor premiership with five games to spare.

Due to the Cave’s small venue and a lack of corporate and media facilities, Canberra will not be able to host the AIHL finals this weekend and will instead travel to Melbourne for their sudden death semi-final against the Melbourne Mustangs.

The Brave’s stellar campaign has highlighted the rising need for a new ice rink in the nation’s capital, with fans forced to wait up to two hours in the queue to see their beloved Braves play at the Phillip Swimming and Ice Skating Centre.

Brave director Warren Apps said the need for a new facility in Canberra has been talked about for more than a decade, but over recent years it has become more necessary to escalate those conversations because the current facility is nearing the end of its useful life.

“It is an interesting one for us because we love that venue and it is really part of our brand and it does create a unique atmosphere but we know if we want to have growth and sustainability, there needs to be an investment into a new venue, and not just for us but for a whole range of ice sports,” Mr Apps said.

“I am confident that if we were able to get ourselves into a more modern venue, we could significantly grow our supporter base. While the current venue has a certain appeal, it is still not an ideal spectator experience.”

Mr Apps believes there is “untapped potential” to grow the Braves’ supporter base and a new ice venue would see ice hockey grow as a winter sport in the ACT.

“There is sometimes a wait for up to two hours for home games, there is no allocated seating so that does keep a lot of people away. So if we had the right kind of spectator facility, I think we would open a whole new audience,” he said. 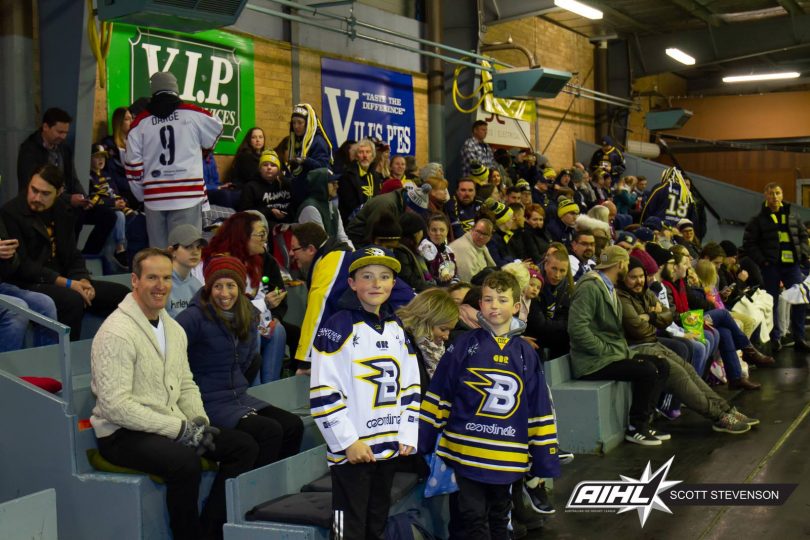 While there has been incredible growth at a junior level, Mr Apps said there is a lack of available ice time for juniors in the local competitions but thinks the size of Canberra only needs one key ice facility.

The ACT Ice Sports Federation is currently working with the ACT Government to provide a venue with two ice rinks, which would allow one ice rink to be used for recreational use while the other could be used for local sports like ice skating, broomball, hockey, figure skating etc.

But Mr Apps said a key talking point for the club is how to maintain the current atmosphere at home games and to find a balance where the facility does not go too big.

“One of the real attractions and one of the reasons why we sell out every game is it is such a unique experience. Fans are right on top of the play to the point where you feel like you are almost a part of it. If we can achieve an upgrade and do it in such a way that we don’t lose a connection that fans currently have that will be an ideal outcome.”

The Braves won 24 of 28 regular season matches and shattered the most competition points record in an AIHL season. The only thing standing in the way of a third straight grand final appearance is the fourth-ranked Mustangs.

But the Brave’s director said their past 28 games stand for nothing as they head into a do-or-die weekend.

“We have been building towards a season like this for a few years as we try to make incremental improvements year on year,” he said. “It is a funny situation heading into finals because the past results mean nothing in a sudden death knockout. It is almost like we are heading into this weekend like we are starting again.”

Dolla Bill - 10 hours ago
Tom rubbish together, recycle together, wheelies boys for life View
Ashley Wright - 11 hours ago
Peter Mcleod it is a dispute between a private company and its workers. Nothing to do with Andrew. View
Stephen Finnegan - 13 hours ago
Fletcher Beverley Good for them. When's the last time paramedics went on strike?... View
Food & Wine 22

Toni Isaacson - 17 hours ago
Nothing harmless about Hallowe'en View
Jennifer Buerckner - 19 hours ago
the kid's in my suburb don't even try to dress up. they just won't fee stuff and knock on your door 4 or 5 times View
show more show less
*Results are based on activity within last 7 days

@The_RiotACT @The_RiotACT
The Bushfire Royal Commission has identified climate change as an increasing risk but has avoided recommendations to reduce emissions https://t.co/uN8VAkAIOK (33 minutes ago)