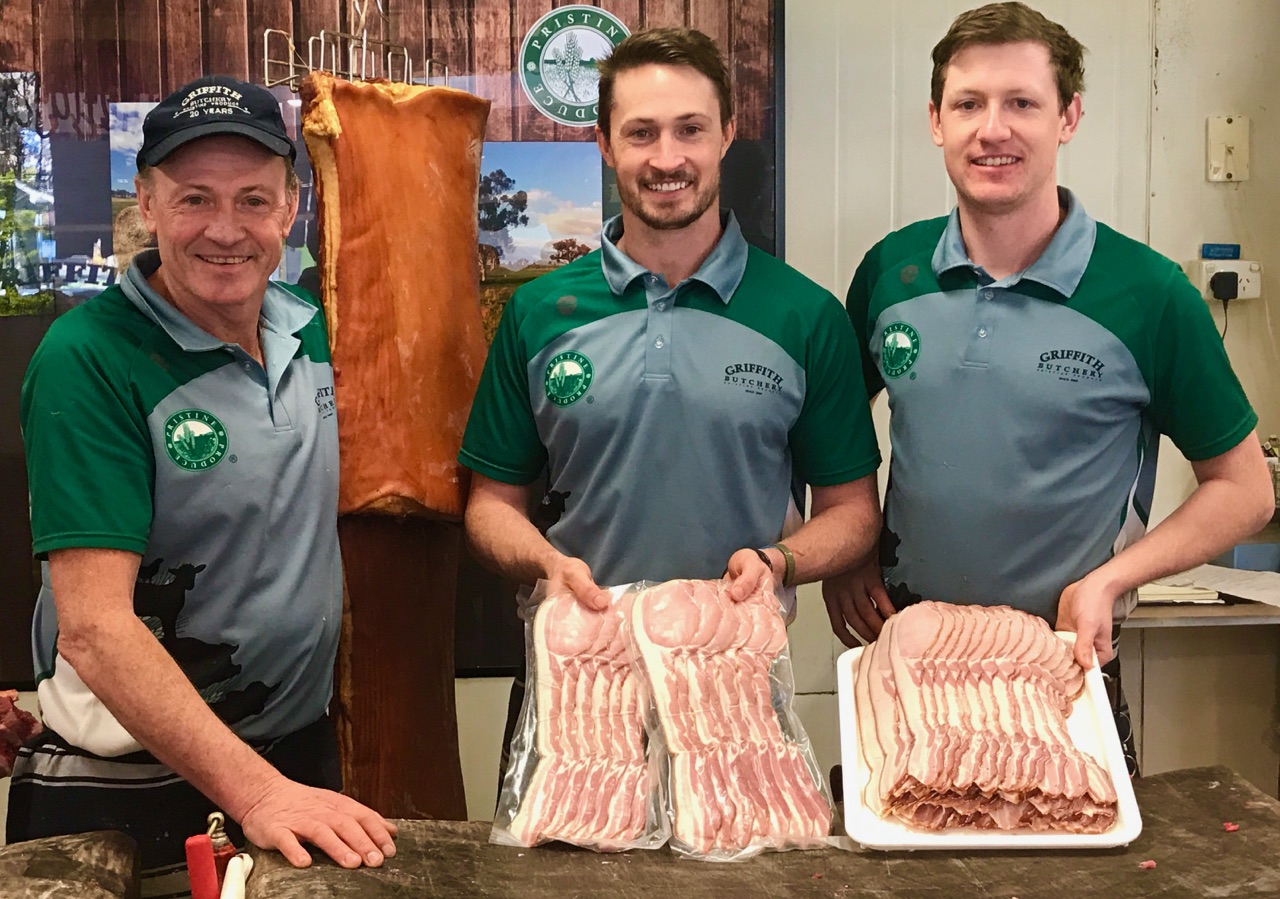 Move over Canberra’s landmark tourist attractions and make way for the bacon lovers of Australia to descend on the home of Australia’s tastiest bacon – Griffith Butchery.

The business started by Richard Odell in 1989 defeated 125 entrants from around Australia to win the top award for the nation’s best bacon at the Australian PorkMark Bacon Awards in Sydney.

To top it off, Griffith Butchery located at the Griffith shops, also took out the nation’s best full rasher category while Meatways Kambah secured third place.

“Canberra is still flying under the radar when it comes to a national foodie reputation, however awards like this show that passionate producers are treating locals to amazing quality food,” he said.

“Most remarkably, the ACT has outperformed other states with three overall winners in the past four years.

“It’s also brilliant that they’re backing Australian farmers, by choosing to make their bacon with 100 per cent Australian pork and not the cheap imported stuff.”

The Australian PorkMark Bacon Awards celebrate the best bacon made from 100 per cent Australian pork. They are held as part of Australian Bacon Week, which runs from June 25 to July 1 this year.

A total of 125 bacons from different parts of Australia were put to the test by a specialist judging panel comprising Paul McDonald, Horst Schurger and Simon Bestley. The bacons were assessed according to appearance, aroma and taste. 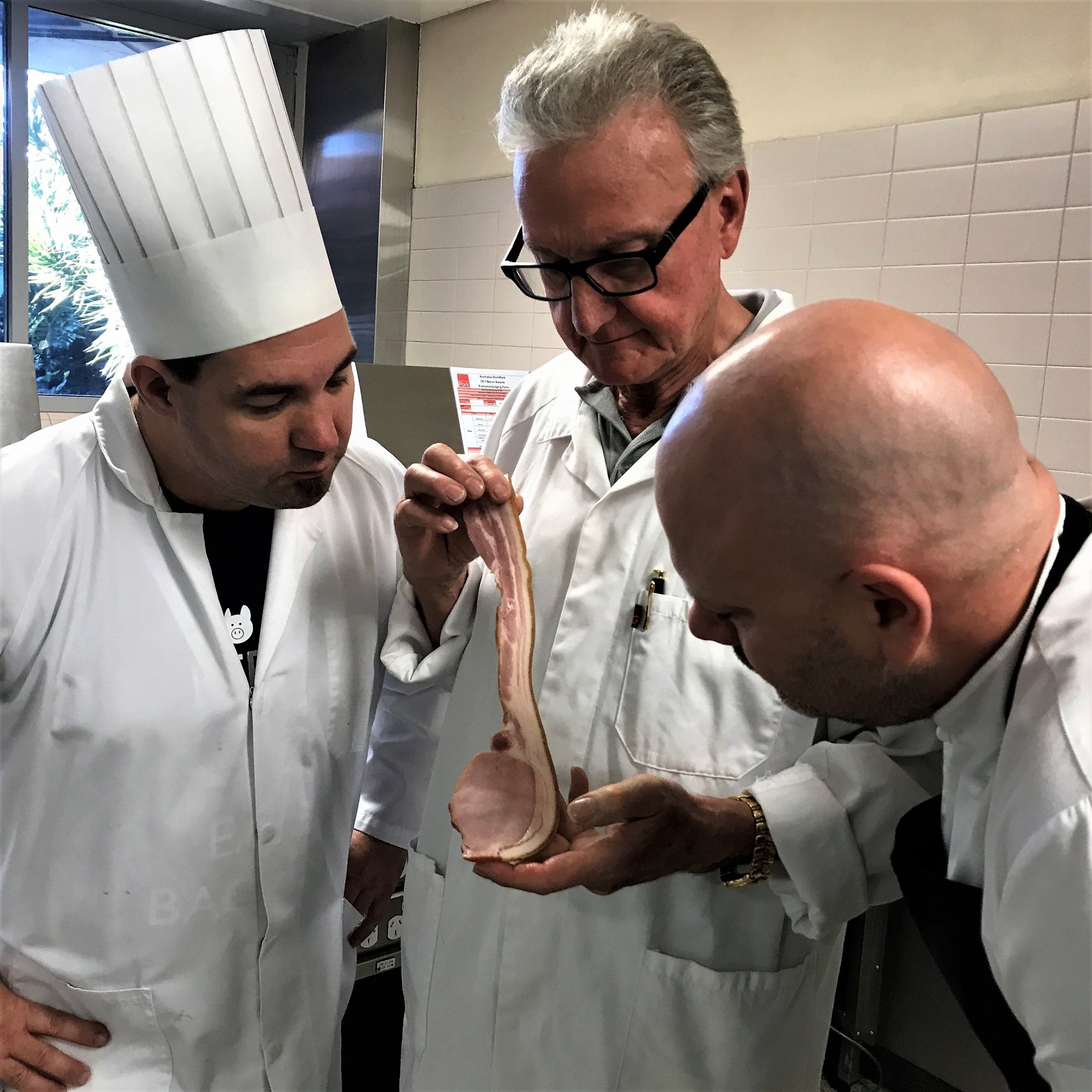 The winning bacon from Griffith Butchery was described by the judges as being beautifully presented, with a nice shape, mild aroma, lasting flavour and very good texture.

He said the secret to the success of his bacon is “the good farming practices of our pork producer” which he then enhances rather than changing the structure of the meat. Griffith Butchery’s pork has been supplied by Steve and Kim Roberts of Bundawarrah Pork in Temora for the past 10 years. 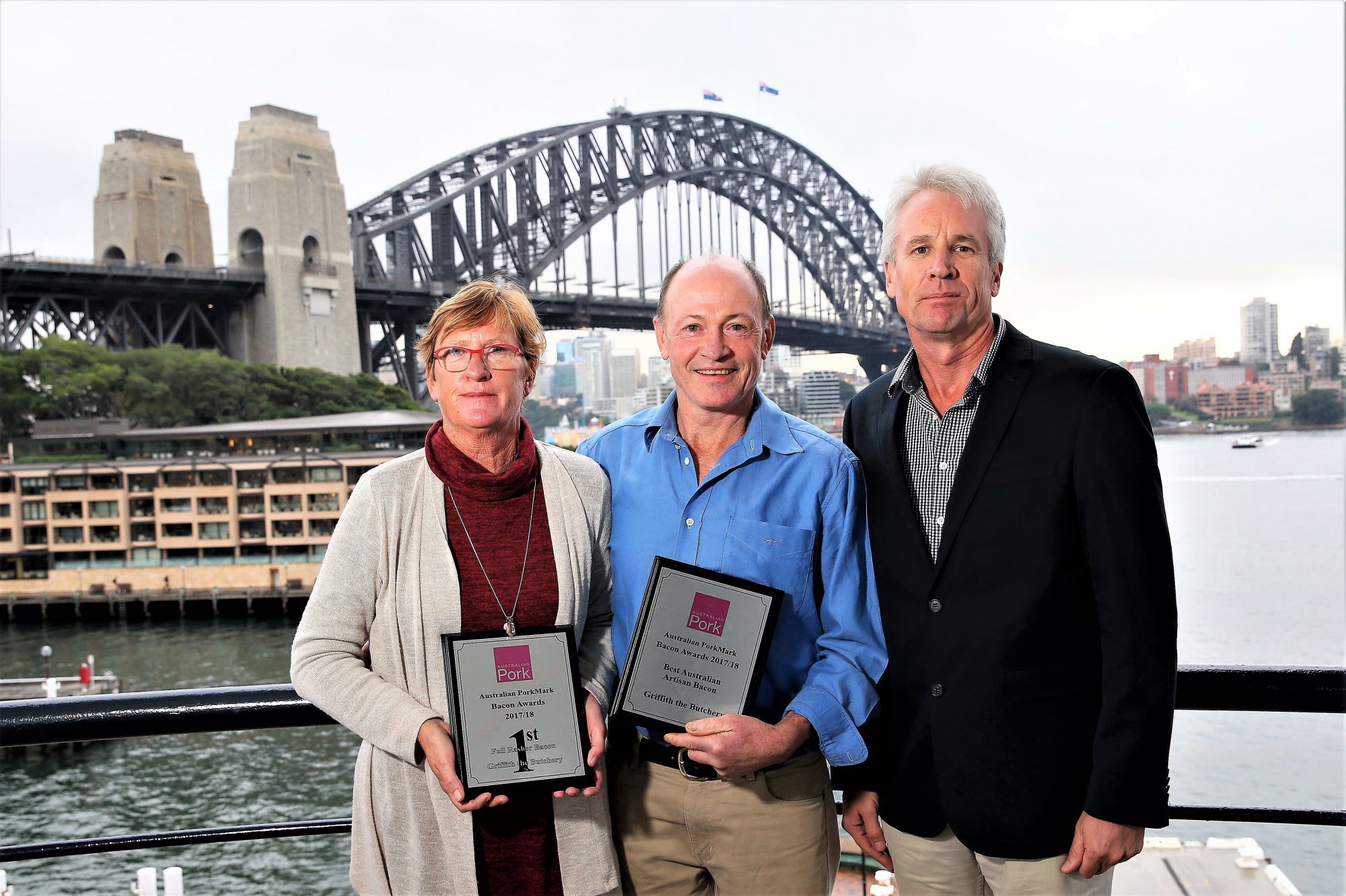 Mr Odell said that customers have been commenting for many years about the quality of their bacon and he had finally entered the competition more as a challenge to himself.

Mr Odell was born in Bega but grew up in Canberra and started an apprenticeship as a butcher in 1976 at the age of just 15.

After a trip around Australia with his family he decided to take on the challenge of opening his own business in 1989. These days, it is very much a family affair as his sons Tim and Mike work with him and Mike manages the business. There are 10 staff altogether and the butchery has a strong commitment to locally and ethically produced food. 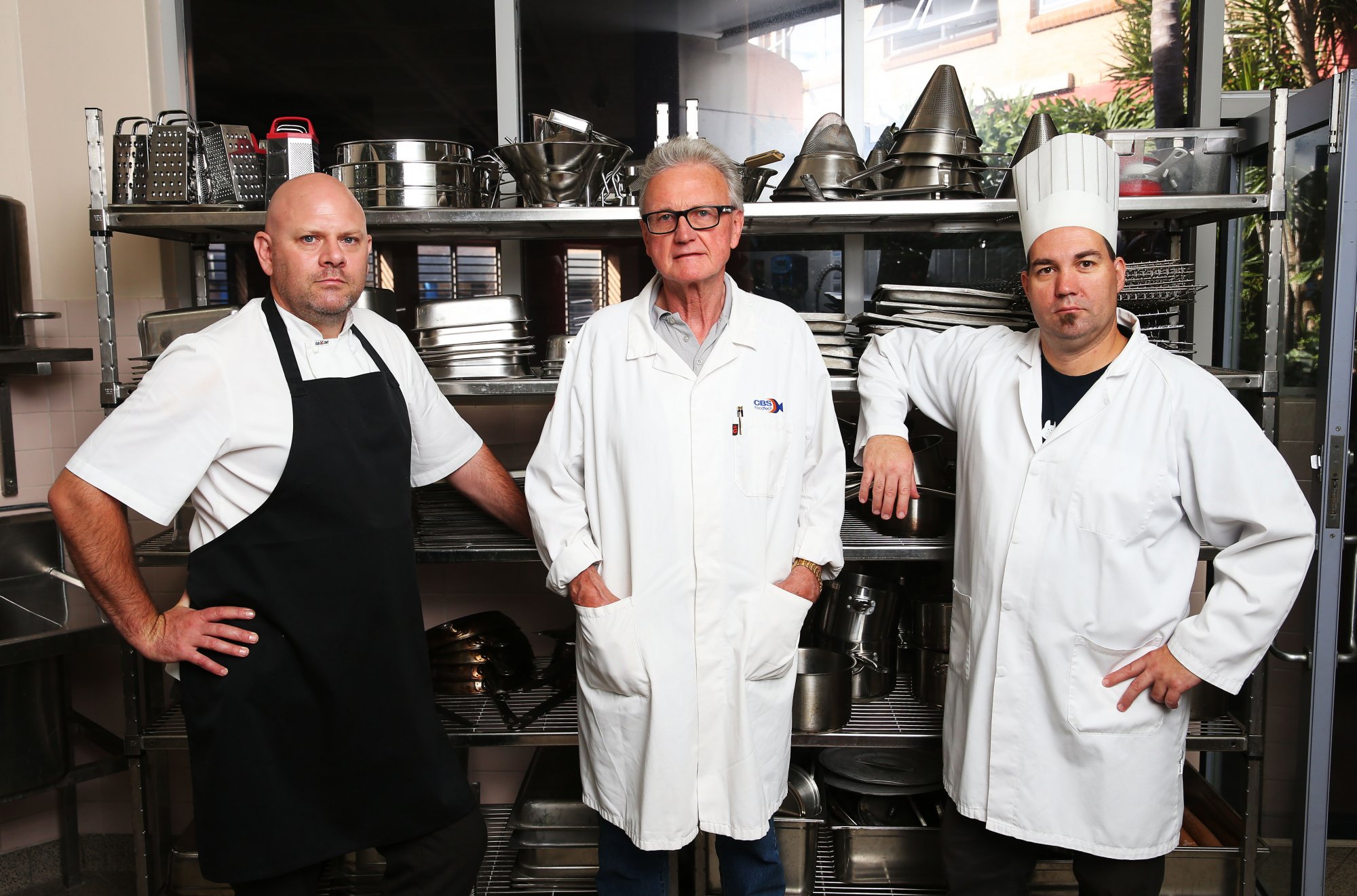 To celebrate Australian Bacon Week this year bacon lovers are being encouraged to share their favourite way to enjoy the meat – including in desserts.

“Aussie bacon is a regular feature of my breakfasts and even pops up to add a highlight and flavour boost in the occasional lunch or dinner,” Mr Edwards said.

“This Australian Bacon Week, we’ve got chefs and restaurants serving up delicious dishes, from an Aussie bacon and suckling pig jaffle to gelato and desserts. We also hope people will share their favourite Aussie bacon dishes on social media.”

For more information and recipes go to www.pork.com.au

Do you love bacon? Do you only eat it at breakfast or do you enjoy it at other times of the day? Do you have any recipes or cooking tips to share? Please let us know in the comments below.

Susi Hewatt Bauer - 15 hours ago
Geri Zeiler perfect for you guys 🐎 View
Daymien Clydesdale - 17 hours ago
Daniel Lewis its an omen....see the name of the property. View
News 1