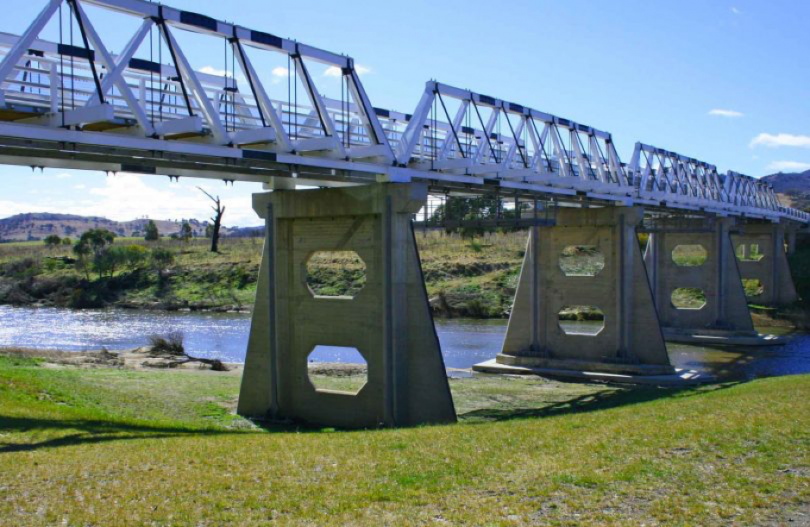 In 2016, Tharwa had a population of just 81 people, but the sleepy rural village only a stone’s throw away from Canberra is a terrific destination for a day trip. If you’re interested in local history or enjoy getting away from it all in nature, this picturesque spot on the banks of the Murrumbidgee River has much to offer day trippers.

Tharwa is the oldest official settlement in the ACT, dating back to the 1860s. At its peak in 1891, it had 38 dwellings and 255 inhabitants, but the village looks much the same now as it did over a hundred years ago.

Head south on the Tuggeranong Parkway from most parts of Canberra, continuing when the road becomes Drakeford Drive then Tharwa Drive. As you drive past the southernmost suburbs, you’ll see signs for Tharwa. The village is on Tharwa Drive around 8 kilometres from the edge of Canberra.

With Tharwa virtually on Canberra’s doorstep, it’s worth visiting in all seasons. Anytime is a good time, but outdoor activities like swimming and picnicking are more pleasant in the warmer months.

Do you know of any other activities in the Tharwa region? Let us know in the comments.

Dean Okeeffe - 6 minutes ago
i was talking about the companies that use them read before trolling me read the context View
Ashley Hillstead - 48 minutes ago
That being said it looks like losing a prop won’t take their drones out so I guess they just hack it and repair any damage View
Ashley Hillstead - 50 minutes ago
Dean Okeeffe anyone who’s ever used drones even recreationally knows birds go for them too, there are hundreds of videos on... View
Opinion 49

Craig Sutton - 28 minutes ago
Kathie Nash Yeah thanks scoop 🙄 I was referring to the entire northern part of Australia. Cairns, Townsville, Darwin etc... View
Sharon Cabban - 39 minutes ago
Lani Metcalfe future for Jack View
Kathie Nash - 1 hour ago
Canberra will never get its own AFL team while we only have a 'stadium' that holds 13,000 at maximum. Need a bigger stadium t... View
Food & Wine 15

Julie Macklin - 51 minutes ago
Peter Hatfield Not faster if the bus gets stuck in peak hour traffic in Sydney, as has happened to me. I used to catch the bu... View
Peter Hatfield - 1 hour ago
Or just go to the Jollimont and catch a comfortable coach and be in Sydney an hour faster, and at a fraction of the real cost... View
Greg Myat - 4 hours ago
Ross McConchie I agree with you entirely about using rail more to get trucks off our main routes. But trains are the most eff... View
Property 13

Kacey Butterworth - 53 minutes ago
Tim, let’s move. View
Jodie Kerec - 2 hours ago
Lisa Van Schieveen we could live here together. View
Gabrielle Driver - 3 hours ago
Lauren Edney look how nice it is. I'd have the cottage View
Sport 7

Donna Hofmeier - 1 hour ago
Why ? NSW Rugby have never been kind to us. View
Jay Annabel - 5 hours ago
If the emus don't mind travelling, why not? View
Food & Wine 4

Canberra Day Trips: Take to the skies in Canowindra

Canberra Day Trips: There’s plenty to see on the road to Gundagai