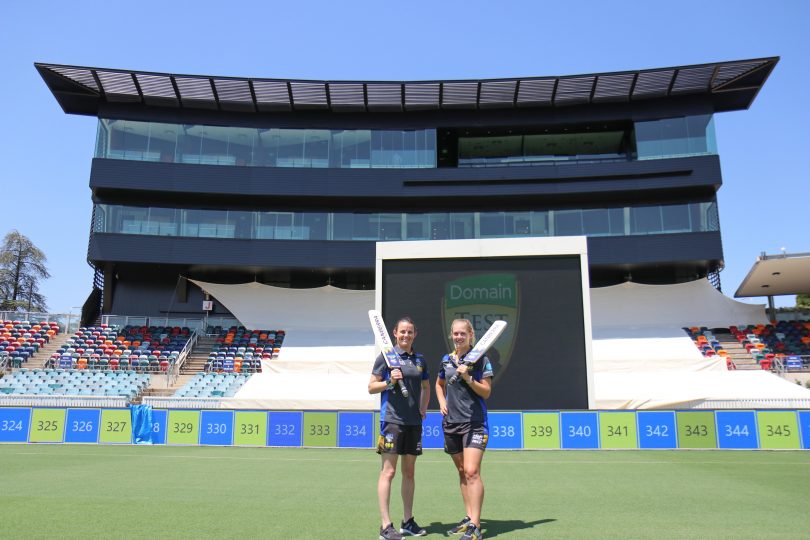 Canberra is well and truly on the global sporting map, having played host to its fair share of big international sporting events in recent years, including 2015 Asian Cup and the 2017 Rugby League World Cup games, and now the nation’s capital will host five 2020 Women’s ICC T20 World Cup matches.

The action starts on Wednesday afternoon (26 February) at Manuka Oval with 2018 competition runners-up England taking on Thailand, who are competing in their first-ever World Cup.

Other games will feature the West Indies versus Pakistan, host nation and reigning champions Australia going up against Bangladesh before South Africa take on Thailand and England play Pakistan.

This means seven countries in the current top 10 of the women’s T20 rankings will be showcased in Canberra.

Justin Lalor works with Events ACT and was part of the negotiations with World Cup organisers for over two years to bring World Cup matches to the ACT. Now that Canberra will host five matches in the next week, he believes it’s another chance for the region to gain more exposure.

“It’s obviously a great chance for Canberra to again showcase its credentials as a major event host,” Lalor said.

“This will be televised internationally via a global broadcast. For us, it’s a chance to bring in those economic participation benefits with players, officials, media, sponsors and spectators coming from interstate and overseas. It creates a buzz in the city.

“It also has some really great impacts … inspiring at a grassroots level,” he said, highlighting a pathway to elite-level sport for female players of all ages. 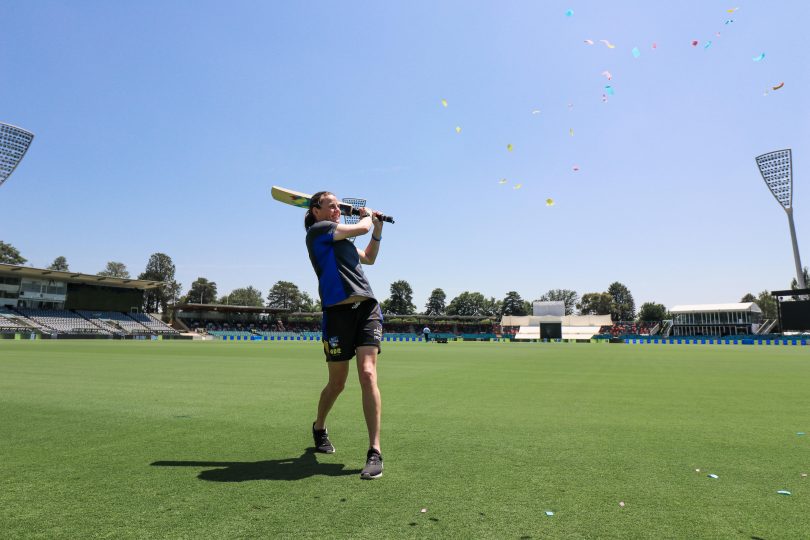 Erin Osbourne will be fired up when Australia plays host to Bangladesh on Thursday night (February 27). Photo: Cricket ACT.

Thailand is playing in its maiden World Cup and despite losing its first match to the West Indies on Saturday, its progress as a cricketing country over the last decade is remarkable.

“It’s a fantastic achievement,” Lalor said. “They were out here in Canberra in December playing practice matches against ACT teams and we got the chance to interact with them and they are passionate and enthusiastic.

“Thailand’s development over the past 10 years is amazing. It was a sport that wasn’t known in the Thai community, but they really have an opportunity now on a world stage to show the world that Thailand can actually play some really good cricket.”

Australia’s defence of their World Cup crown took a hit after losing their first match to India in the opening match of the tournament, and despite the pressure on the Aussies to capture a fifth title, Lalor thinks stepping out on Manuka Oval can help spike the girls back into form.

“They got their campaign off to a bit of a shaky start against India, but I think it is great for us as it gives added importance to their game against Bangladesh on Thursday night,” Lalor said.

“It was good to see Alyssa Healy back in some form but I guess the rest of the team will be itching to get out there and put on a great show for the Canberra public.”

The following matches will take place in Canberra at Manuka Oval between 26 and 28 February. Tickets are $5 for kids and starting from $20 for adults.

Tickets for the doubleheader on February 26 can be found here.

Tickets for the doubleheader on February 28 are located here.

phydeaux - 42 minutes ago
"Penalising “poorer” [sic] people less, is an incentive for them, and a serious grievance to others" So sorry to hear tha... View
kenbehrens - 45 minutes ago
Difficult question. I've often thought that fines are inequitable with those on higher incomes not adversely impacted. Yet th... View
domenic - 3 hours ago
Penalising people differently based on their ability to either do well for themselves or not is a socialist ideology that I d... View
News 4

@the_riotact @The_RiotACT
ACT Senior Australian of the Year and 50-year volunteer with @stjohnaustralia Valmai Dempsey wants mandatory #first-aid training for learner #drivers. She says it's a no-brainer https://t.co/Xovhw0Ec3H (11 minutes ago)