Canberra Film: The Young & The Wrestlers – coming to Dendy 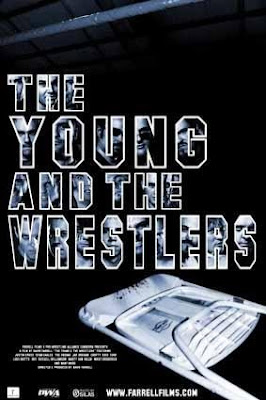 Local film maker Dave Farrell’s latest project is a look at the strange underground world of wrestling in Canberra.

“The Young & The Wrestlers” is a Documentary following a group of Canberrans who share a common hobby: Professional Wrestling!

The feature length film will document a six month period as the members of the Pro Wrestling Alliance deal with their lives and each other in the lead up to the biggest show of the year ‘Clash in the Capital.’

UPDATED: We now have two double passes available for the 20 November screening at 6.30pm. The first two premium members to contact us asking for the tickets will get their name(+1) on the door.

The movie now also has a Facebook fan page if you’re inclined to show your support.

Another Update: Due to popular demand a second show has been added at 9.30.

22 Responses to Canberra Film: The Young & The Wrestlers – coming to Dendy
Filter
Showing only Website comments

Just got back from the WORLD PREMIERE.

This awesome website “RiotAct.Com” got a shout-out in the credits. Too bad for the-riotact.com 🙁

Good movie, I will download it if he does some digital distribution : – )

Probably was not fake blood – I cant view vids @ work – but people suffer for their art every day.

Just the other week I chipped my elbow on a night shoot… It comes with the territory.

That is so hardcore….

In what sense is this *Professional* Wrestling?

It looks anything but.

‘the Boy who would not eat his vegetables’

Sounds like a working title for the next Hollywood blockbuster ….

LOL – I remember Luke as ‘the Boy who would not eat his vegetables’.

It’s nice to know I can again use him as a warning to other boys.

Lightening Luke was one of those that went to Canada. Went to college with him – had no idea what on earth it was that he did on the weekends until after college.

These guys do what you see at there own risk, I’m mates with one of the younger dudes who just got back from Canada and was training 5 days a week for several months with the former WWE head trainer Lance Storm.

Don’t get me wrong UFC is great but they are 2 different types of entertainment.

Should check PWA out one day you would be suprised…

A tip for Farrell Films: get acquainted with an audio engineer (or a low/high pass filter), the first interview part was almost as painful as one of those body slams.

I’ll just have to take your word for it, emmy-lou!

I agree emmy, a mate of mine used to be involved with this untill he went on to pursuing his UFC dream. It’s just like watching a stage show – you know it’s not real, but it’s just a hell of a lot of fun.

Although, I may have been under the influence when I was watching, too…

You’d be surprised at how good their shows actually are. I’ve got a friend who does it, went to see a show not expecting to enjoy it much, but I loved every minute of it.

And Granny, the girls are just as bad as the boys!

Danman, it was completely gross and disgusting!

Probably was not fake blood – I cant view vids @ work – but people suffer for their art every day.

Just the other week I chipped my elbow on a night shoot… It comes with the territory.

other than each other perhaps danman. not convinced that was fake blood

They aren’t harming anyone – and at least they are not jacking your car so leave em alone.

what a bunch of bogans… UFC is much more dignified!

I will definately check this out.

These blokes are the most wonderful bunch of freaks around. If you haven’t seen one of their shows I highly recommend it!!! I just hope the fillum does them justice.

I LOL’d. That could be incredibly funny.

Cool idea, great opportunity for a solid expose of a local sub-culture. That trailer wasn’t very impressive though.

@The_RiotACT @The_RiotACT
A large tree was extinguished in Namadgi National Park by members of the ACT Rural Fire Service officially marking the end of the 2019-20 season. The ACT ESA and the NSW RFS have ended the season by thanking their members and the community https://t.co/JCbHg90RFG (26 minutes ago)