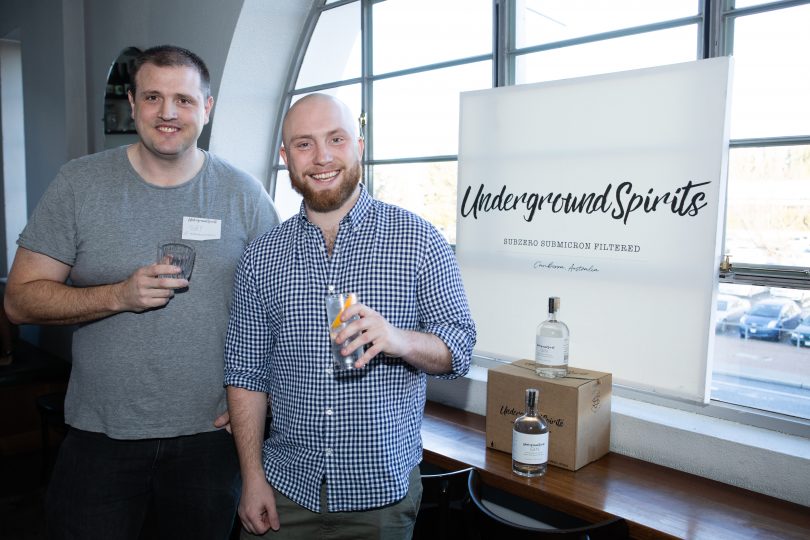 A Canberra business established early last year to distil premium gin and vodka is taking the international spirits scene by storm – winning both the Global Gin Innovation Award and the Award for the Best Gin Bottled outside Europe in the recent 2018 Gin Guide Awards.

Founded in Canberra’s south by a doctor and a hospitality expert, Underground Spirits has used innovative techniques from the worlds of medicine and science to distil its award-winning spirits which are putting both the business and Canberra on the global spirits map.

While strongly based in Canberra with its ‘near perfect’ processing conditions, Underground Spirits already has an office in London, a network in Europe and Australia, and is looking to expand into America.

Underground Spirits competed against a record number of entrants from 19 different countries to take out two of the top accolades in the annual global Gin Guide awards.

The gins from around the world were analysed and assessed during blind tasting sessions by a judging panel of experienced distillers and industry experts. The competing gins were assessed on a number of key characteristics including appearance, aroma, flavour, mouth-feel, finish and overall balance and appeal.

According to the Gin Guide, Scottish gins stole the show with four different Scottish winners, while ‘Listoke 1777 Gin and Underground Spirits Gin showcased the exciting and innovative gin industries in Ireland and Australia respectively’.

Interestingly, it was Scotland’s iconic distilleries that helped to inspire Underground Spirits co-founder Toby Angstmann to start his Canberra business together with his good friend Andrew Galbraith. 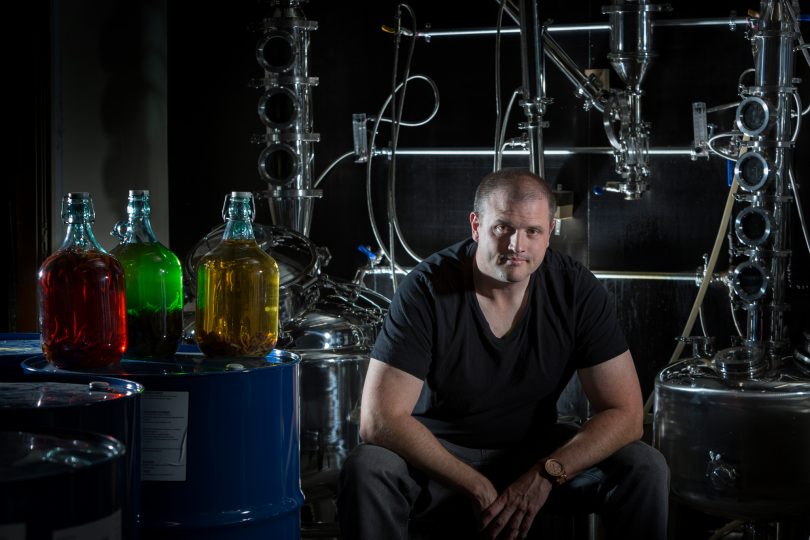 Toby Angstmann travelled to Scotland in 2015 and visited several distilleries, coming away from the trip with a real sense that a lot of the factors celebrated in Scotland, such as the right environment, were also available in Canberra. Chief on his list was Canberra’s climate, our producers and access to snowy mountains water.

Toby thought it would be really fun to take some of those basics that Scotland had got right for hundreds and hundreds of years and play around with them.

Another ace Toby had up his sleeve was his training in medicine and obstetrics and the knowledge gained in delivering around 7,000 babies in Canberra, as well as practising robotic surgery and doing work in the IVF sphere.

Toby is also a chemist, while Andrew has medical science qualifications paired with his hospitality experience.

Borrowing ideas from Toby’s background in IVF and haemodialysis particularly, Underground Spirits invented and patented a filtration process called the sub-zero sub-micron Cryofiltration method which has been integral to the business’s success.

“After a long and disciplined 17 years of training in the medical space, Underground Spirits is a real chance to be creative,” Toby said.

“It’s a wonderful privilege working in medicine, but there’s an incredible opportunity in this space to create.” 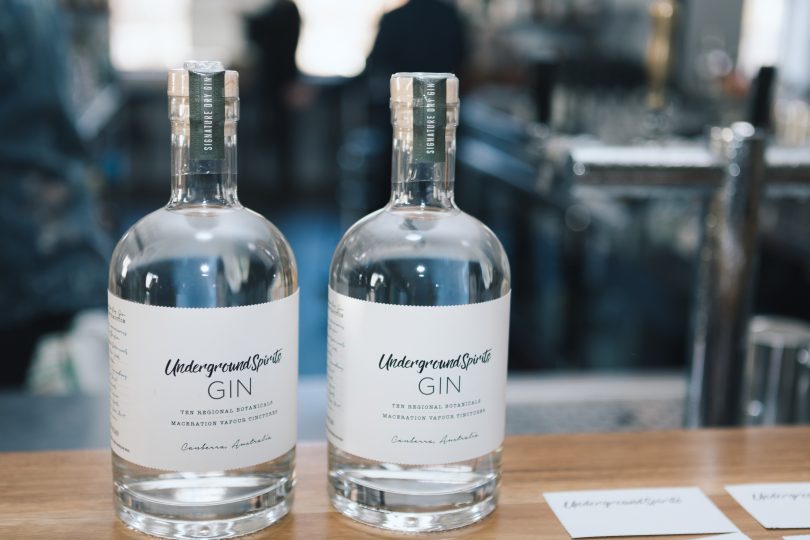 Toby has always enjoyed home brewing and home distilling. He started his hospitality experience on the door of lots of pubs, had four kids young and moonlighted working in pubs while studying medicine.

His early career was as a professional rugby player, and he then spent some time in the Army and the Navy before training in medicine.

Working with Andrew, he has developed a strong team working for the business in Canberra, with plans to keep building the brand globally and add to the growing award wins.

“Underground Spirits has been a great way of reconnecting with my hospitality roots and working with some amazing young people, Ross and Andy, and the whole team we have,” Toby said.

For more information about Underground Spirits visit their website at www.undergroundspirits.com.au.

Maya123 - 4 hours ago
Added: I did some research on this. "Trees listed on the ACT Tree Register are protected. They cannot be cut down or altered... View
Maya123 - 5 hours ago
I wonder if being heritage listed gives extra protection to street trees, or not. View
ChrisinTurner - 6 hours ago
Unfortunately street trees are not covered by the Tree Protection Act as demonstrated around Civic recently. View
News 19

chewy14 - 6 hours ago
Ian Lindgren, Of course you are correct. But that won't stop people continuing their whinging that doesn't actually address a... View
Ian Lindgren - 8 hours ago
The AWM Redevelopment Project will go ahead and the two high level reasons that it will are that it is based on need, and tha... View
Food & Wine 29