You’ve probably seen an abundance of Canberra beers pop up at your local supermarket or bottle shop – but have you experienced the range on offer?

The day started in a California bar in 2007, but like any good idea, it caught on fast and now sees people across the globe raise a glass of their favourite amber ale.

As the world celebrates with a frothy, our local ACT brewers are here to give you their top drops. 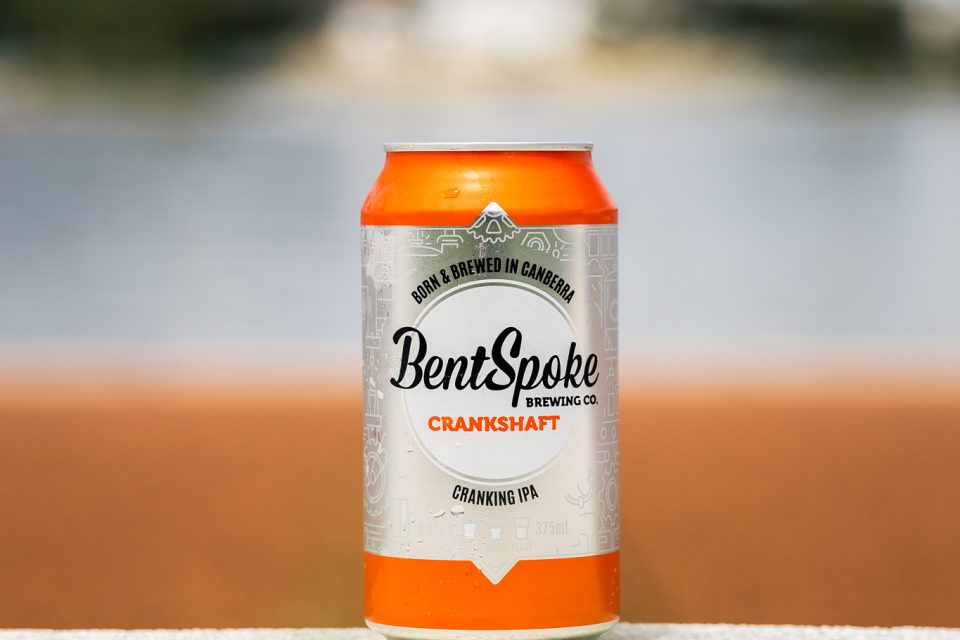 BentSpoke is particularly proud of its Crankshaft IPA. Photo: BentSpoke.

Canberra brewery BentSpoke’s has been going from strength to strength.

There’s something for every beer fan with a range of ales, lagers, reds and more.

That includes the newly launched Marion, brewed by members of the Pink Boots Society – a non-profit group that encourages women in the brewing industry.

“Crankshaft has a special place at BentSpoke,” the brewery’s Spoke(s)person says.

“It is one of our founding beers from back when we launched the BrewPub in Braddon in 2014. It’s a great beer for lovers of big, flavoured brews. We always have time for a pint of Cranky!”

BentSpoke is still releasing new beers at its Braddon brewpub, including a ginger beer Fixie and a dark, strong malt ale called Silverback.

They say the future of Canberra brewing is bright.

“We’ve just invested in a large expansion in our Mitchell Brewery,” they say.

“We’re excited as it gives us more flexibility to do limited runs and greater control in brewing and fermenting beers.” 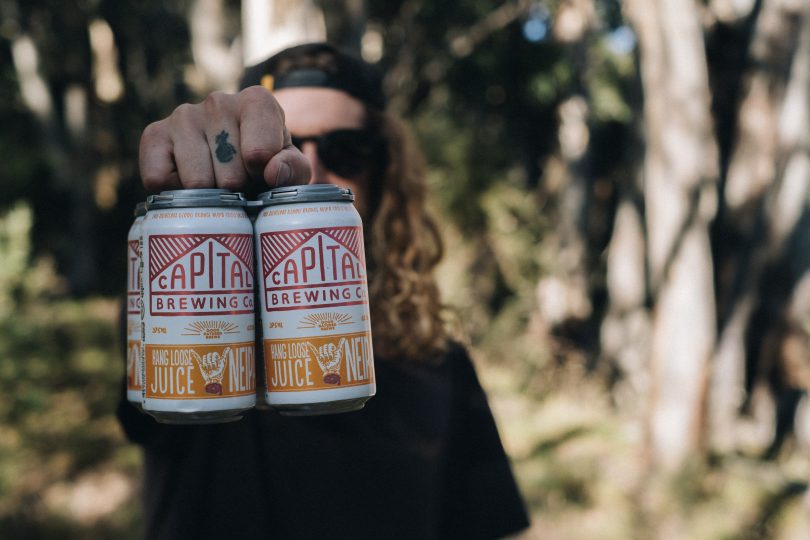 The Capital Brewing Co prides itself on a ‘good natured’ and sustainable approach to beer making.

(Personally, I recommend the special release First Tracks Imperial Stout – if you can find it!)

“We make a super citrusy hazy IPA base and load it up with blood orange juice. The balance between the hops and juice is a real treat. It’s like orange juice on steroids.”

Mr Hurley is a big fan of Canberra’s ever-growing scene and is looking forward to more brewpubs and breweries.

“Although there are only a few breweries, each one is producing top-notch beers all unique from each other,” he says.

“There’s plenty of room for growth in Canberra. The more the merrier!” 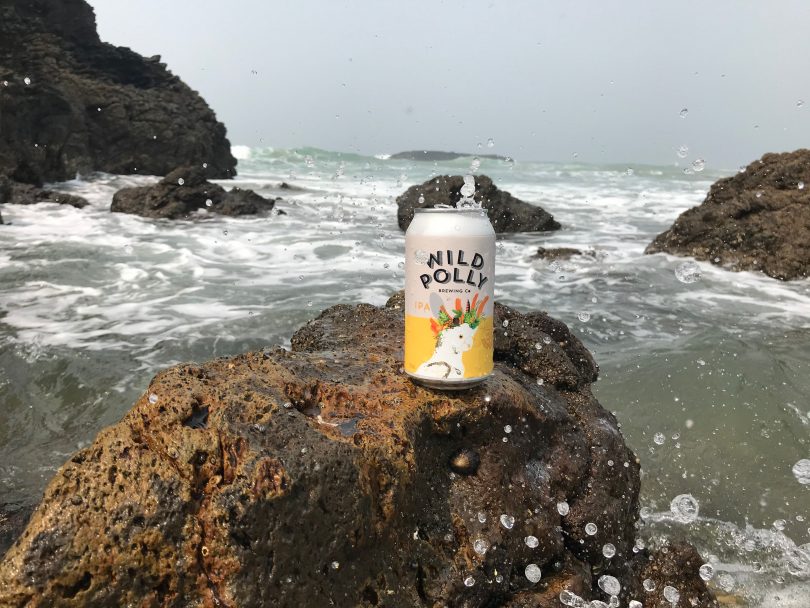 While it’s still a small outfit, the multi-award-winning Wild Polly Brewing Co has found its place on supermarket shelves alongside the bigger brewers.

“If you’re after a real craft beer, then IPA’s the go,” he says.

“It’s fantastic to have some really big local Canberra brewers, but there’s also a lot of smaller brewers like myself,” he says.

He predicts the scene will keep changing but hopes it will keep its independence and continue to source from local producers.

“I suspect there’s going to be more breweries popping up in the future because people want to buy local and support local.

“We just want to make sure that people know what they’re buying.” 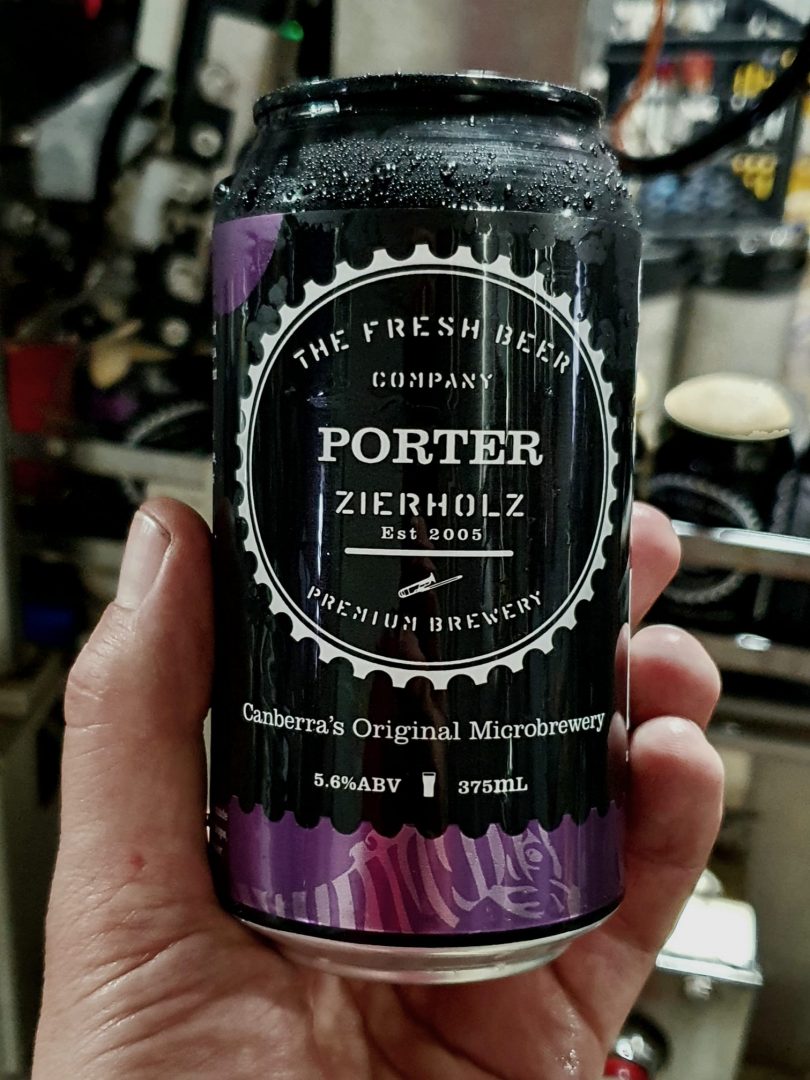 Christoph Zierholz has owned and run Zierholz Brewery with his wife Cristina since 2005, “back before the phase when it got all hipster cool,” he says cheekily.

“Hence, I’ve got no facial hair or tattoos – I’ll leave that to the other guys.”

They’re about to launch a lager for Oktoberfest, but for International Beer Day, they say their porter is just right for the cold weather.

“It’s a nice, rich, heavy beer that I think can win a lot of people over to the dark side who previously thought the only dark beer was Guinness.”

READ ALSO “We want to turn Canberra into the true Can Beer Capital it should be.”

He says there’s a lot of choice for Canberra beer-lovers.

“Lots of my customers say they like to support all the breweries, it just depends on the day and what’s available,” he says.

He’s not afraid of more competition entering the Canberra market in future.

“It’d be a fantastic day when you can walk into your local pub and you can choose any of the local beers on tap,” he said.

Ridiculously priced. Just something else to help stop young people afford a mortgage.

Chad, thought you’d like to see some brews from here! 🍻

Steve, I’d give them all a try!

Leonard Patchett you have a few of these still to try

Em Smith another carton of bentspoke is what I take from this…..

Mark Powell, if I have too