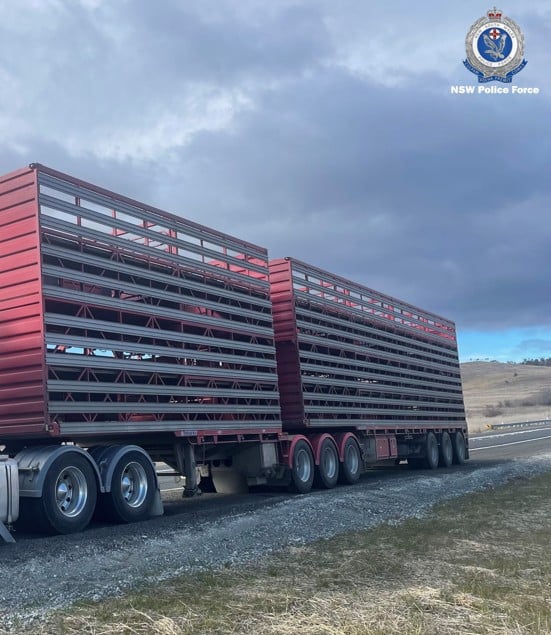 A man accused of stealing two livestock trailers near Cooma was arrested by police after allegedly attempting to flee and then running into a dam.

NSW Police said they received a report of the alleged theft after two trailers disappeared from a property on Saleyards Road on Sunday (25 July).

Police began an investigation and found the trailers attached to a prime mover that had been stopped on the Monaro Highway at Michelago.

Officers forced entry to the cabin and allege the driver, a 29-year-old man, fled.

“He was pursued on foot through several paddocks before running into a nearby dam,” police allege.

The Canberra man was arrested a short time later and taken to Queanbeyan Hospital for treatment.

After he was released, he was taken to Cooma Police Station where he was charged with stealing a motor vehicle and being a driver who never held a licence.

Police are continuing their inquiries.

Anyone with information about this incident can contact Crime Stoppers on 1800 333 000.

I dunno about yous , but I’d put me money on the person doing this would have to be from Canberra.
Two massive red semi trailers are reported as stolen ( little hard to conceal ) and then the alleged perp jumps into a dam to avoid da police.
Just gotta be one of our own home grown ..