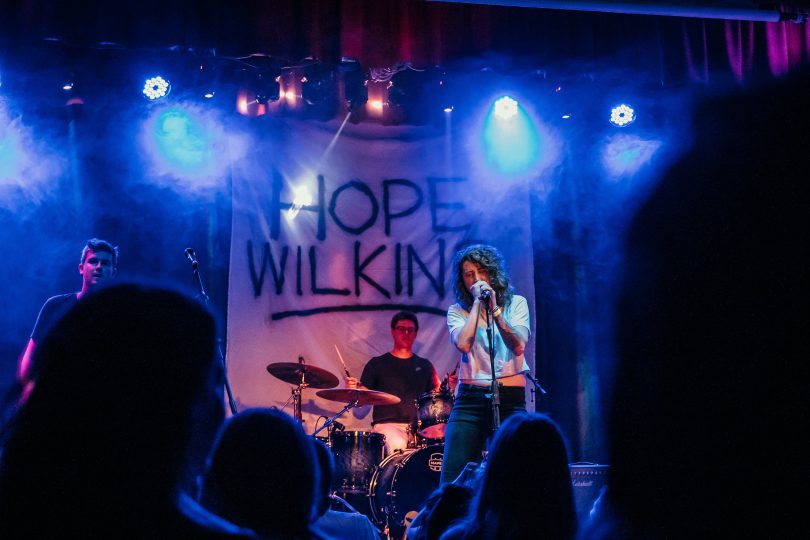 Hope Wilkins alongside a lineup of Canberra’s best musicians is taking to the stage at Smith’s Alternative in support of bushfire relief. Photo: Claire Warren.

There’s an undeniable sense of community emanating from Canberra’s music scene with a number of the city’s artists planning to come together for a bushfire fundraiser at Smith’s Alternative this weekend.

Jannah Fahiz, the founder of Canberra-based events company Between The Lines, who is organising the event with Wollongong-based music “facilitators” Yours & Owls, said performers had been keen to take part.

“When I asked if they wanted to perform, most people were, like, immediately, ‘Yes’,” Ms Fahiz said.

“Everyone’s been so affected and made so delirious by the fires and the smoke. Everyone was really happy to get on board. There’s a really nice vibe in the music community at the moment.”

It’s a sentiment echoed by Hope Wilkins, a Canberra-based singer-songwriter who is taking part.

“I think all artists have kind of come together as a community,” Ms Wilkins said.

“Everyone is coming together to make the best of the worst situation.

“In Canberra especially, it’s been incredible how much of a community it’s been. I don’t know one artist that I’m friends with that hasn’t donated or done a show or something, an online campaign, been part of a fundraiser, to help out as much as we can.” 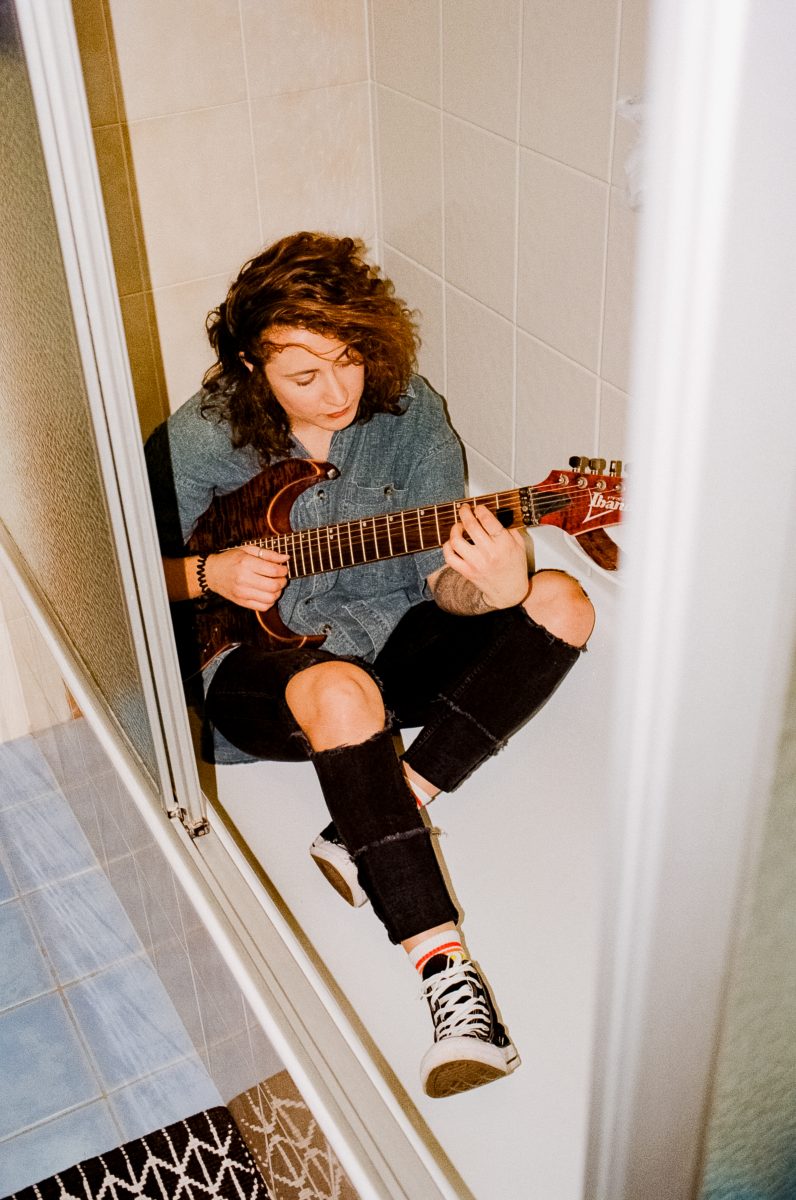 Hope Wilkins will be performing at the Canberra bushfire fundraiser this Saturday. Photo: Claire Warren.

This summer has seen many of the biggest names in music using their artform to incite action and Canberra’s musicians are no different, with the Smith’s Alternative stage set to show a united front this Saturday

“Everyone who believes that climate change is a myth has kind of had a reawakening recently,” Ms Wilkins said.

“It’s pretty apparent how our environment is changing and we kind of need to take action. It’s pretty f–king sad what’s been happening. If they haven’t been affected by the fire themselves, everyone knows someone, whether that be friend or family, colleagues, that’s either lost their house or been out volunteering and putting themselves on their line.”

The bushfire fundraiser will be held at Smith’s Alternative on Saturday, 8 February, from 2 pm. Tickets on sale now at moshtix.com.au.