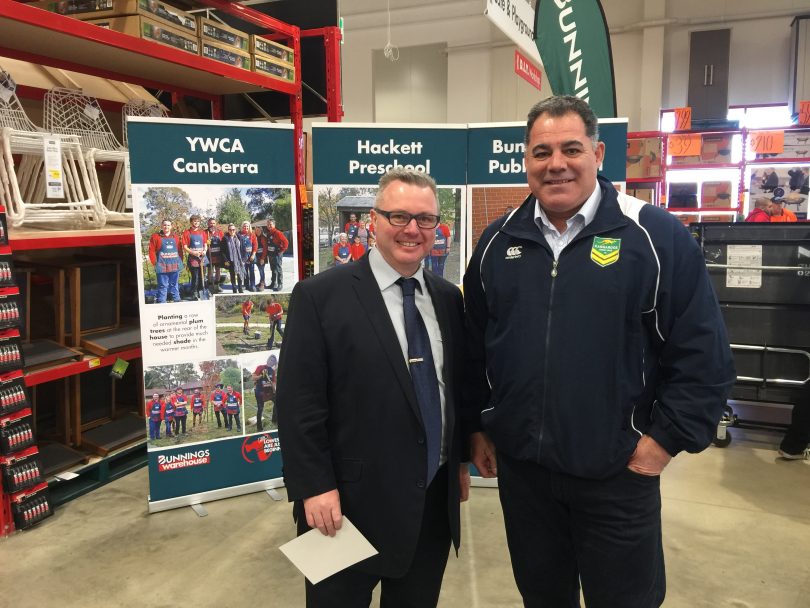 Mal Meninga was on hand to open the new Bunnings warehouse in the capital.

Mal Meninga said it was a privilege to be on hand to open the new Bunnings Warehouse in the capital.

“It is a privilege to be invited by Bunnings to help with the launch at the Airport store. They are good people and they are great employers in the region, not only in this store but the four stores around Canberra,” Meninga said.

“They put a lot of money back into the community and they are a great community organisation.”

“Our new team members have already supported a number of community groups and assisted in local community projects such as revamping the outside spaces at Bungendore Public School to celebrate its 100-year anniversary.

“The team has also given the back garden at local YWCA Refuge House a makeover and supported Hackett Preschool by upgrading its playground.

LIVE from Majura Park Shopping Centre for the official opening of the new Bunnings Warehouse at the Canberra Airport.

“Bunnings is always on the lookout for opportunities to contribute to local causes and we look forward to continuing to provide assistance to more local community groups in the future,” Mr Manning said.

Mr Manning said the 180 team members will continue to provide comprehensive advice and inspiration both in-the-aisle and during the regularly scheduled workshops for all D.I.Y. projects in the home and garden.

“Our team has worked extremely hard to prepare the store for opening and they can’t wait to share their extensive D.I.Y knowledge with customers who are undertaking home improvement projects,” Mr Manning said.

Canberra’s second largest Bunnings Warehouse employed 180 people for the new store, of that 140 are new staff while 40 were relocated from other stores. 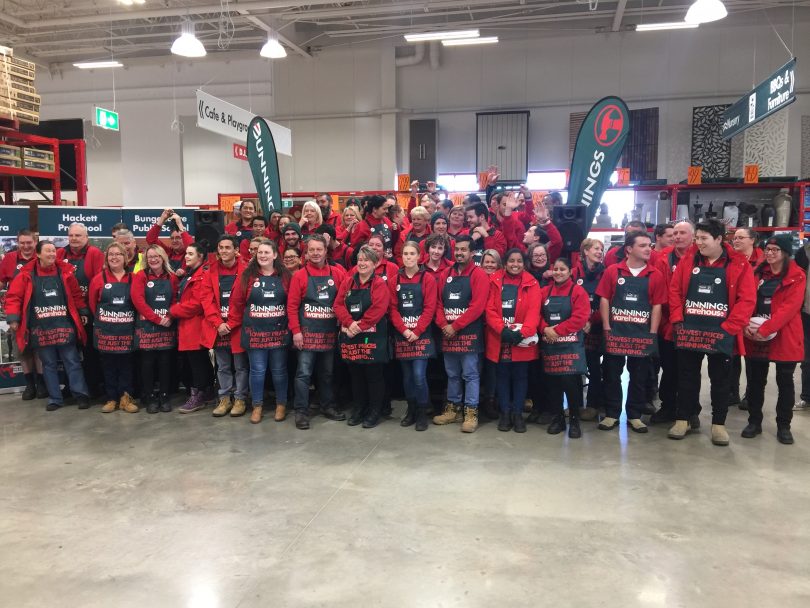