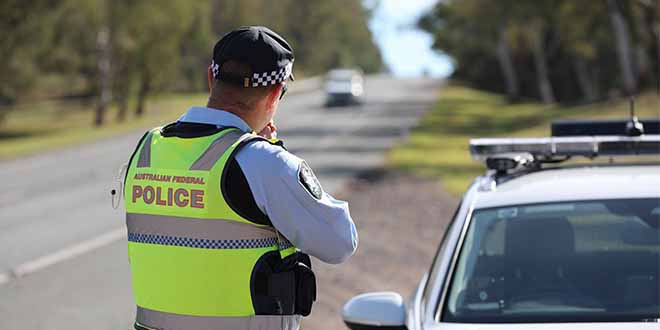 In stark contrast to the “stupid speeds” seen over the Easter long weekend, police said they’re “pleased” motorists mostly stuck to the speed limit for the Anzac equivalent.

The ACT recorded a road-fatality-free long weekend and only five infringement notices were issued.

“The notices were issued to drivers for speeding between 15 and 30 km an hour more than the posted limit,” an ACT Policing spokesperson said.

“No higher-range speeding offences were detected in the ACT.

“[We’re] pleased that the Canberra community heeded the important road safety messages about not speeding on the long weekend.”

Sadly in NSW, four people lost their lives on the roads over the Anzac long weekend, including in the Southern Police Region.

A 39-year-old motorcyclist was killed on the Olympic Highway at Koorawatha, 30 km southwest of Cowra, on Saturday 23 April.

A group of six motorcyclists were riding south when the man fell from his bike and slid about 50 m along the roadway before a northbound SUV hit him.

The 34-year-old driver of the SUV was taken for mandatory testing.

Hume Police District have commenced an investigation into the incident and a report is being prepared for the coroner.

Overall, 1544 infringements were issued in the Southern Region over the long weekend, including 761 speeding infringements.

In the region 19,560 breath tests were undertaken, with 33 charges laid.

Incidents of note included a Wagga Wagga woman who was allegedly involved in a crash in Parramatta last Friday (22 April).

Police said a sedan was seen driving along Marsden Street at about 8 am with extensive damage but when officers tried to stop the vehicle, it drove off.

A short time later police saw the vehicle crash into a building on Villiers Street, narrowly missing a number of pedestrians.

The 20-year-old driver from Wagga Wagga was forcibly removed from the car after she refused to exit the vehicle.

It’s alleged she refused to produce her driver’s license when requested, but police inquiries revealed she was the holder of a learner licence which is disqualified until January 2023.

Police said they also located methylamphetamine when they searched the car.

The woman was arrested and taken to Merrylands Police Station where she was charged with proceeding through a red traffic light, not stopping before lights at a red light, possession of a prohibited drug, police pursuit (not stopping), driving recklessly, destroying or damaging property, resisting an officer in the execution of duty and driving a motor vehicle during a disqualification period.

She is due to appear before Parramatta Local Court on Wednesday 1 June.

NSW Police Traffic and Highway Patrol Commander Assistant Commissioner Brett McFadden said while double demerits are over in the state, officers will continue to target reckless behaviour on the roads.

“During what has been a busy period on our roads with school holidays, Easter and the ANZAC long weekend, unfortunately police are still seeing risky driving behaviour,” he said.

“Those individuals who thought they could drink and drive without being caught have learnt the hard way this weekend.

“While the Anzac Day operation may have concluded, police will continue proactive taskings to keep the community safe.”

I wouldn’t agree with that. I am in Gungahlin and I saw several incidents of insanity on the roads this past weekend.

Threatened with extinction if you go 1km/h over the speed limit which was lowered deliberately to test your patience. We will control your or else. Its all about 💰💰💰💰💰. Not road safety. Double demerits is about the best opportunity to punish people for going to spend time with their families and….you will obey.