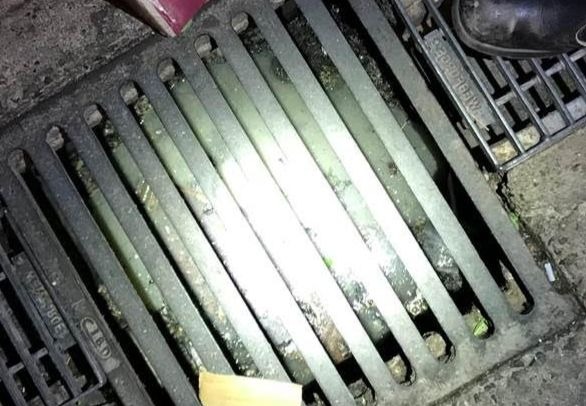 Restaurants and cafes in Belconnen, Hawker, O’Connor, Manuka, Kingston, Civic, Braddon and Dickson have been put on notice after three businesses were found pouring waste down stormwater drains.

Inspectors from the EPA and the Health Protection Services (HPS) inspected 25 food businesses in a recent audit, which looked at cleaning practices, kitchen maintenance, cleaning facilities, and any pollution at the rear of restaurants – particularly around stormwater pumps.

“Unfortunately officers found evidence of kitchen waste in the stormwater pumps at the rear of three businesses,” Mrs Sargent said.

“These businesses were provided with information about keeping the environment around their premises clean and were verbally warned to stop putting waste down the stormwater system.

“We expect to see improvements next time we visit or further regulatory action will be taken.”

On-the-spot-fines of up to $200 for individuals or $1,000 for businesses can apply for acts of stormwater pollution.

“The items identified in the inspection reports will be followed up with the businesses concerned as part of normal business,” Mr Barr said.

“Many of the businesses inspected were surprised to find Government officers doing inspections at night, however, the operation is an example of government agencies working collaboratively behind the scenes to keep both the environment and the community safe.”

“What people, and businesses, need to remember is that stormwater feeds directly into our creeks, lakes and rivers without treatment – therefore what you put in it, ends up in our water systems,” Mrs Sargent said.

“Contaminants such as waste matter, detergents, and chemicals pollute our stormwater which in turn pollutes our waterways resulting in dead fish, algae overgrowth, unsafe swimming conditions, and unsightly and smelly creeks, lakes, and rivers.”

The next audit will take place later in the year.=

Food businesses wanting more information about food safety standards can call the HPS on 6205 1700 or visit here and the community can report any incidents of stormwater pollution to the EPA on 13 22 81.

Colin Trinder - 49 seconds ago
It's interesting that it is only ex-Police commissioners that ever suggest any strategy other than the one that involves empl... View
Benny Hip - 3 hours ago
Denise Cirson based on your experiences in both criminalised and non criminalised countries I am sure... View
Jorge Gatica - 7 hours ago
Dan Myles nothing much has changed with the mafia, they’re still dealing in drugs... View
Opinion 12

Denise Bourke - 7 hours ago
insurance'll cover that Shirley View
John Killeen - 7 hours ago
At least the new electric fire trucks will always be first on-scene to a battery fire! View
Colin Mitchell - 7 hours ago
Nick Anderson and they don't have service to... View
Opinion 2

@the_riotact @The_RiotACT
Pilot. restaurant has been applauded for "playful, confident and polished" food by @GourmetTweets, who gave the Ainslie local their gong for #Canberra's best #restaurant https://t.co/KU7VsT8YEG (10 hours ago)