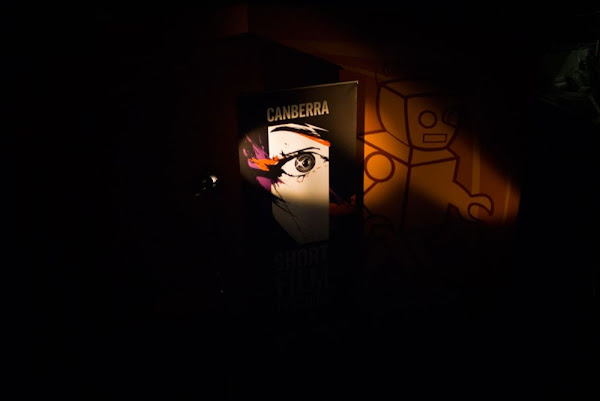 The Canberra Short Film Festival has announced that they have successfully selected their semifinalists.

Now they move on for public screenings before announcing the winners:

Finals Night, from 5 pm on Sunday 18th September, will see the three finalists’ films from each category re-screened, followed by the Judges’ and People’s Choice Awards before a yet to be named location change for the After Party celebrations.

Leanne Guymer - 10 minutes ago
We have a pair loving the banksias. Such magnificent birds. View
Yvonne Erett - 39 minutes ago
Yes I sure do. They visited us this year. View
Peter Garlick - 2 hours ago
Supposed to mean rain isn't it when you see them? View
Community 12

Annie Mills - 2 hours ago
Ben Winkler I have a sneaking suspicion that people in the bushfire affected areas are so desperate for the help they have be... View
Craig Griffiths - 3 hours ago
I've become convinced over the years that tabloid media have a psychological code in the messages they put out during electio... View
Stephen Saunders - 8 hours ago
Maybe "democracy was the real winner" last night. Hope so. But Albanese still has to go. Democracy loses, if Labor just conce... View
Community 32

Martin Dallen - 6 hours ago
Lauren Du Fall this is the place we could see across the inlet from air bnb. View
Nora Preston - 11 hours ago
Didn’t Rudd buy that? View
Ella Crossley - 16 hours ago
Mark Crossley crossley View
Sport 16

Janet Hanson - 14 hours ago
Steve Kearsley Bradford lads off back home.. from a Bradford lass in Australia. View
Opinion 65

Tim Hough - 15 hours ago
That's some crazy conditions. I'd only find them borderline acceptable if we were guaranteed a Matildas match, but even then... View
Property 17

Tom Rilly - 19 hours ago
Why should the govt step in just because a developer stuffs up??? View
show more show less
*Results are based on activity within last 7 days

Overdevelopment in Canberra is shaping up to be a key election issue after it was revealed that the lion's share...
Community 32

Canberrans aged 60 and above can now apply for a Seniors Card online to access a range of discounts, special...
Lifestyle 29

In a recent RiotACT column on banksias, I mentioned black-cockatoos in passing – and nearly all the subsequent comments focussed...
Property 26

@The_RiotACT @The_RiotACT
The Gold Creek Homestead site is up for sale again, but this time its heritage value will be protected through a precinct development brief put together by a community panel, including the Gungahlin Community Council https://t.co/ViiF07nvVY (3 hours ago)

@The_RiotACT @The_RiotACT
The sight of black cockatoos always gladdens Ian Fraser's heart. The sight of the powerful birds munching their way through bark to reach their favourite grubs is remarkable, but did you know that two species visit Canberra? https://t.co/Df0XtWwK7n (5 hours ago)