More than 250 applications have been whittled down to 42 finalists in the 17th Canberra Short Film Festival, 14-16 September, which was launched today at Dendy Cinemas.

Entries came from around the country – and the world, with Colin Graham, producer of Imbolc, travelling from Ireland to Canberra to see his film in the International category.

The festival has also partnered with one of the biggest film festivals in Eastern Europe, The Zubroffka International Short Film Festival in Poland, and Canberra’s best short films will make up an Australian category in that festival.

This year Canberra’s short film fest adds two new categories – documentary and international – along with open national, Canberra local, and schools. Awards are also given for best emerging, best practicing and people’s choice. Films can be any genre, any style, and run for just 20 minutes.

Winners of each category compete for a share in $6000 in prize money plus a shot at wider exposure as the festival takes to the road for its first regional tour. Winning films will tour regionally taking in the Bay City Cinema in Bateman’s Bay, which is one of the last independently owned cinemas in NSW; the Cooma Twin Cinemas; the Lilac City Cinemas in Goulburn and the Forum 6 in Wagga Wagga.

The festival’s new director, local award-winning filmmaker Christian Doran, has great expectations for the festival, with an ambitious five-year plan to gain Oscar Accreditation and to expand the festival into the likes of St Kilda and Flickerfest.

RiotACT has two double passes to give away, worth $32 each.

Paid subscribers (the rest of you hang your leeching heads in shame or sign up) should express their interest through the contact form and we’ll pick the two winners after COB tomorrow. 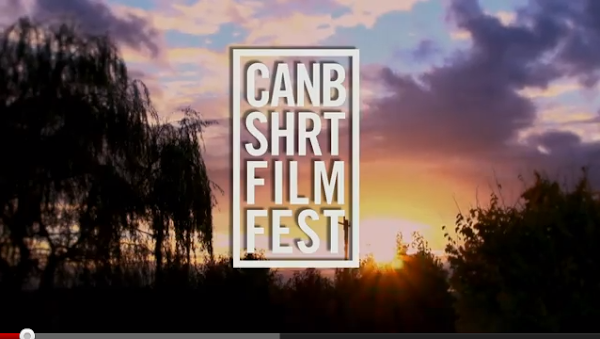 I’ll be getting along to the winning finalists showing at 7pm tomorrow.

Mary Beveridge - 9 minutes ago
Many children across the world missed many years of schooling due to wars, it will be possible for most of them to catch up a... View
Jessica Kate - 17 minutes ago
Anni Ingram 😂 hope you’re all good love xx View
Nicole Thomson - 2 hours ago
Unfortunately my grade 1 child, unsurprisingly, is not so great at self directed learning.... so al those materials and games... View
News 16

Paul Dowden - 2 hours ago
Laurence Kain I was there. View
Best of Canberra 3

David Soininen - 3 hours ago
They should be working Monday to Friday like the old days . View
John Hynes - 11 hours ago
MB Miyagi or throw matches for bookies like India has done View
MB Miyagi - 11 hours ago
John Hynes or spending more than they are allowed to like Carlton did 😃 View
News 38

David Klenka - 8 hours ago
Ashley Wright you forget they receive donations for free and sell them for a price. Not everything is up to standard to sell... View
Julie Macklin - 17 hours ago
They always take what I give them. It's clean and if clothes, washed and ironed, ready to hang on the rack, and still wearabl... View
Ashley Wright - 18 hours ago
David Klenka maybe because what you are bringing them is in realty crap and of no use to them. And by just leaving it for oth... View
News 34

John Dale - 11 hours ago
Yep, great idea. I don’t see even one appeal coming out of this. Not one. No, seriously. View
News 2

Kriso Hadskini - 12 hours ago
I took one look at the q at Coles this morning and walked out the other way...rather go without. View
Sue Skinner - 14 hours ago
Fair enough, but people still too close together at the meat sections in my local Woolies. I ended up leaving as people kept... View
Food & Wine 2

Chris Jones - 14 hours ago
Parenting is one thing. Teaching at the same time and also trying to do your own job so you can get paid and actually provide... View
Food & Wine 4

Isabella Goyne - 15 hours ago
Sweet this place *is* still around. I’ve driven past it but it always seems to be closed. View
Property 77

grim123 - 18 hours ago
And it shouldn't be up to landlords to subsidise the financial affairs of their tenants. Deferring rent is fine, but expectin... View
show more show less
*Results are based on activity within last 7 days

Excessive numbers of people going to the Tidbinbilla Nature Reserve on the weekend has forced the ACT Government to close the...
News 38