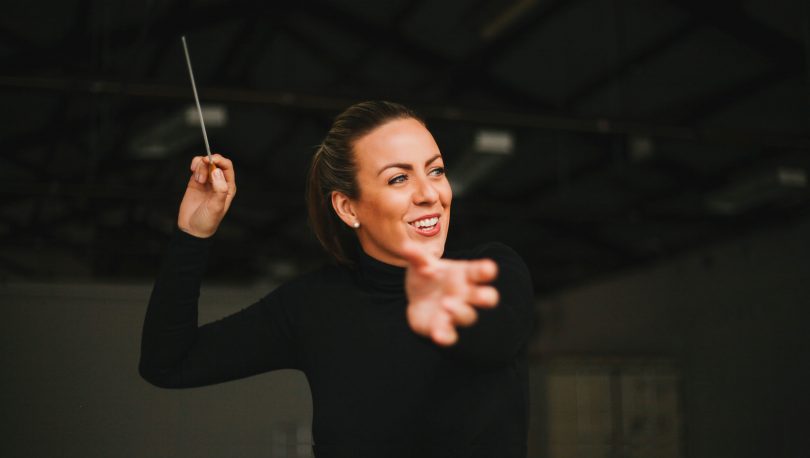 Guest conductor Jessica Gethin will lead the CSO in a night of great storytelling. Photo: CSO.

The movies without music just wouldn’t be the rich multi-dimensional experience that they are and nowhere near as memorable.

The Canberra Symphony Orchestra will stir some of those cinematic memories when it goes to the movies on 7 August as part of its Saturday Series, performing a selection of classic film scores including works from two Australian composers that guest conductor Jessica Gethins says stand on equal terms with greats such as John Williams of Star Wars fame.

Perth-based Jessica Gethin will join the CSO for the first time to take the audience through a program that moves from the jazz infused rhythms of Gershwin in An American in Paris, the suspense and terror of Bernard Herrmann’s score for Hitchcock’s Psycho to Williams’ universe of characters in Star Wars and more.

Gethin is excited that the CSO shares her passion for Australian music and has included Nigel Westlake (Paper Planes) and Leah Curtis (To Rest in Peace) in the program.

“To add those two into the program and know they stand up so beautifully against the likes of some very iconic film scores, that’s exciting to me,” she told Region Media.

“They are just stunning works.”

In a program that has something for everyone, Gethin believes every single piece would still stand alone as a concert piece without the movie.

So for those who haven’t seen every film, they will still enjoy the score for itself.

But much of the fun of concert like this will be the music’s evocation of iconic scenes and characters and the audience’s own personal experiences.

“A lot of works done for film are written so that they can carry a beautiful story and they represent different emotions of the characters and themes and capture a time and a place,” Gethin said.

“They have that perfect recipe of great storytelling – beautiful melodies, driving rhythms and gorgeous orchestrations.” 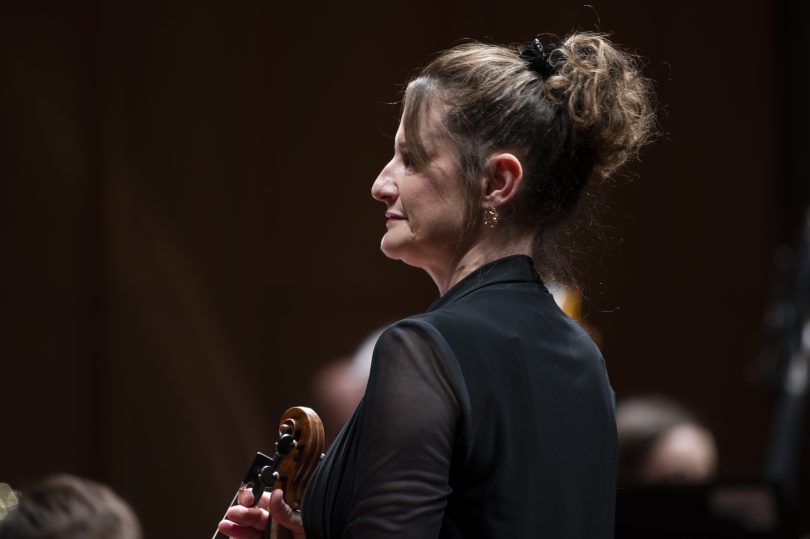 Gethin says it will only take the first opening bars of Williams’ Schindler’s List suite to trigger an emotional release from anybody who knows about that time and history.

It’s almost impossible for her to pick a favourite but Gethin says Gershwin and Williams are master orchestrators. “They know how to write,” she said.

And what would a movie concert be without the shower scene from Psycho.

All strings, the Psycho suite, says Gethin, covers all the film’s key scenes and is quite haunting and chilling.

That emotional content just would not be there without the scoring or would be quite different with other music, she says.

“If you watch the Jaws scene but put the music of Peer Gynt‘s Morning behind it the image all of a sudden would be the majestic beauty of a calm shark through silvery waters,” she says, instead of one of the most menacing creatures to inhabit the big screen.

CSO AT THE CINEMA