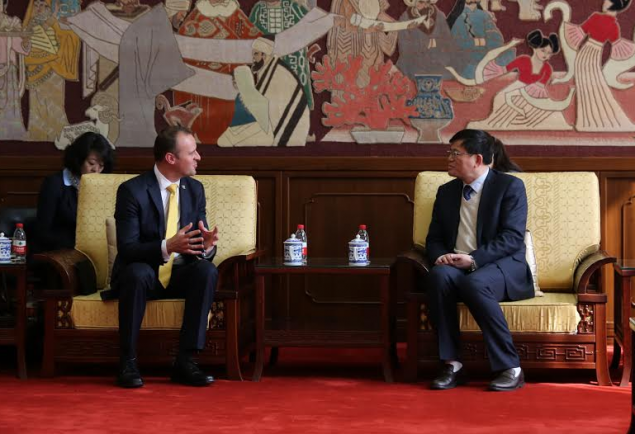 Canberra will play host to a significant Chinese exhibition in early 2016, with the National Library of Australia partnering with China’s largest library.

Qing: Life in China, 1644 – 1911 will include architectural drawings for the Forbidden City and the Summer Palace, as well as ancient manuscripts, maps and books.

As part of a trade mission to Beijing, I had the great pleasure to visit the National Library of China and following that meeting I can announce the National Library of Australia (NLA) will present Chinese treasures in Qing: Life in China, 1644 – 1911, examining nearly 300 years of Chinese life, culture and tradition that provided the foundations of modern China.

The exhibition, a one-off event exclusive to Canberra, will run in the first half of 2016, with the NLA receiving promotional support from the ACT Government. The exhibition’s value to Canberra’s broader tourism industry will also no doubt be immense, as a catalyst to attract interstate and international visitors, making a significant contribution to the ACT economy.

The exhibition takes pieces from the fifth-largest library collection in the world, and includes architectural drawings produced for the Imperial Court for iconic locations such as the Forbidden City and the Summer Palace, ancient manuscripts, and rare books and illustrated maps, most of which will be new to Australian audiences.

Qing: Life in China, 1644 – 1911 will play an important role in expanding Canberra’s cultural ties with China, and specifically with Beijing, which has been Canberra’s sister city for 15 years.

The exhibition follows the highly successful partnerships between the ACT Government and the NLA that brought the Mapping our World and Handwritten exhibitions to Canberra. Fifty percent of visitors to each of these exhibitions were from interstate, and from a combined ACT Government investment of $400,000 towards these blockbuster exhibitions, they contributed $38.1 million in economic return to the Territory,” Mr Barr said.

“The exhibition provides an insight into the diversity of life in China during the last imperial dynasty. From the Dowager Empress to the humble market seller, the exhibition examines nearly 300 year of Chinese life, culture and tradition, creating a way for all Australians to better understand this extraordinary culture.

“More significantly, visitors will experience China as it entered the modern age, with all the diversity of lived experience and cultural attainment brought vividly to life.

“We are indebted to the National Library of China. Through its generosity, the Australian public will, for the first time, be able to view some of the treasures of Chinese cultural and literary heritage.”

This is a fantastic start to the trade mission and will be followed by a meeting later today with the Mayor of the Beijing Municipal Government Mr Wang Anshun and Australia’s Ambassador to the People’s Republic of China Ms Frances Adamson.

Below are some of the artworks that will be displayed at next year’s exhibition: 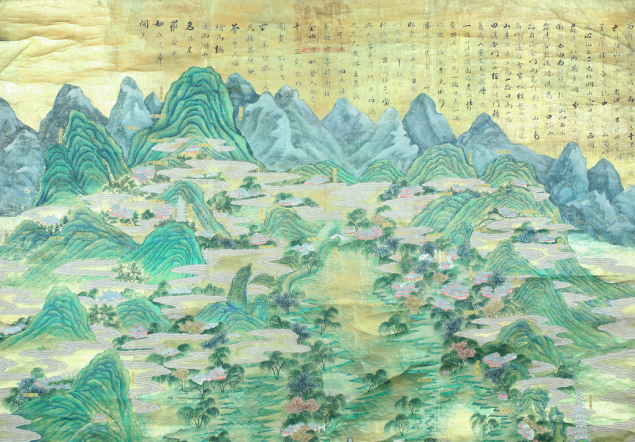 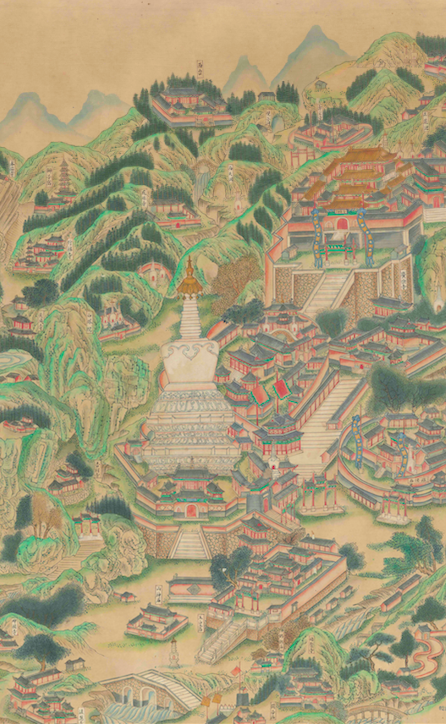 Map of Mount Wutai (detail)
Guangxu period (1875–1908); ink and colours on paper; 84cm x 168 cm
Details the temples and other religious structures in the Buddhist centre of Mt Wutai in Shanxi province.

Carole Ford - 4 minutes ago
They're all about making school improvement plans, but when the teachers tell them what's needed to improve the schools, they... View
Brad Adams - 9 minutes ago
Jimmy Stewart but it’s ok, we have arts grants, inclusivity programs and all the other things to make up feel better. I mea... View
Paul Leins - 1 hour ago
Typical of the Libs - sideline the elected representatives and put it in the hands of a bureaucrat. Any angle to try and unde... View
News 141

Sammie Davis - 26 minutes ago
Cameron Fischer 100% agree View
Paul Magarey - 4 hours ago
If they can pay tax, they should get to vote. No taxation without representation! View
Capital Retro - 5 hours ago
"Most of the boomers on FB have no clue how the world works." Typical of the contempt we receive from young people these days... View
Property 5

John Tozer - 29 minutes ago
Kevin Hingston - Happy to share the windfall profits from price rises too? No? Didn’t think so…! So why do they get to sh... View
Alex Kerr - 1 hour ago
Jack aye look at that View
Kevin Hingston - 2 hours ago
Shane Jasprizza it’s not just pure greed. The supply side cost has gone through the roof last two years. I’m told the inc... View
Sport 3

JC - 2 hours ago
The problem of course is we still do not know what the impact of this variant is,, even you say as much in your own words “... View
News 2

Robert Hawes - 5 hours ago
The police should have one number to call, not three. They are blaming the public for something that is their own fault. View
show more show less
*Results are based on activity within last 7 days

@the_riotact @The_RiotACT
Meet (or should that be meat?) Jamie Sangster of online meat #delivery and #education platform, Meating You https://t.co/CPNnnh7bUb (1 hour ago)

@the_riotact @The_RiotACT
The ACT has recorded seven new cases of COVID-19 in the past 24 hours. There are 119 active cases in the ACT https://t.co/rmITJg2FGS (2 hours ago)