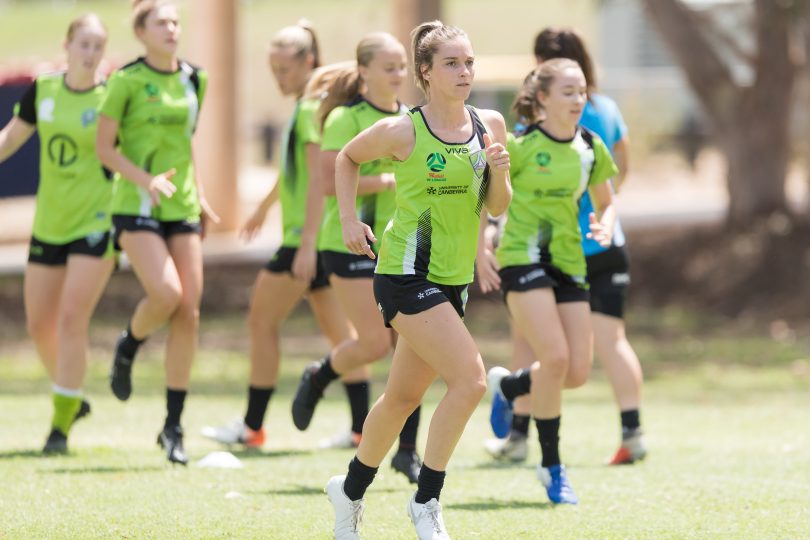 Canberra United is looking to finish the season on a high after a string of losses that resulted in the club not renewing coach Heather Garriock’s contract.

Coming off the back of a three-week break, co-captain Nikola Orgill says the girls are keen to get back on the pitch and take home all three points from their final home game of the season against Adelaide United.

The fixture will also mark Garriock’s final home game as coach after three seasons at the helm of United.

“It is never easy and obviously it is always disruptive to find out things like that when you are still in the season, but the club and Heather and everyone has been really professional about it and the girls are just trying to make the most out of the situation,” Orgill told Region Media.

Teammate Lauren Keir has also stood by Garriock as the girls hope to wrestle a couple more wins out of the season before the former Matildas’ star departs the club.

“Heather has played a massive role in all of our careers, especially mine. Hopefully, we can play for H this weekend and put on a good performance for her,” Keir said.

“She has given so much to us and has put in 110 per cent so we want to do the same. All the girls are really hyped for this weekend’s game so hopefully we put on a good performance.” 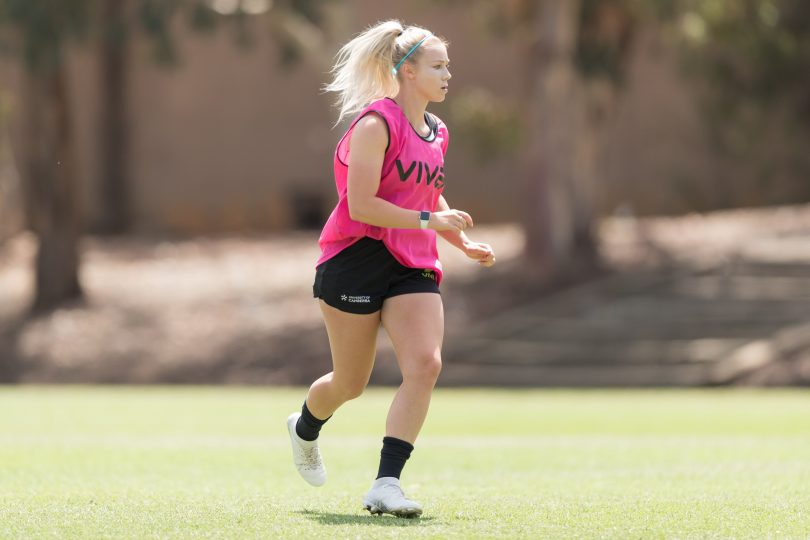 But the focus has now returned to finishing the job on the field.

United currently sits in 6th place and cannot make the finals after losing their last four consecutive games, conceding 15 goals in the process without being able to net one themselves.

However, Orgill says that this does not mean that the season is done and dusted.

“It is hard when we can’t make the finals anymore but it is also a great opportunity for the players to play a bit more freely and not have that pressure or that weight on your shoulders,” she said.

“We can go out there and have some fun and play the football that got us here in the first place.”

Orgill recently announced that she would be heading to Norway at the end of the season to join Toppserien club Kolbotn. Orgill joins an exodus of Australians moving to European clubs, including teammate Karly Roestbakken, who is reportedly finalising a deal with a European club. 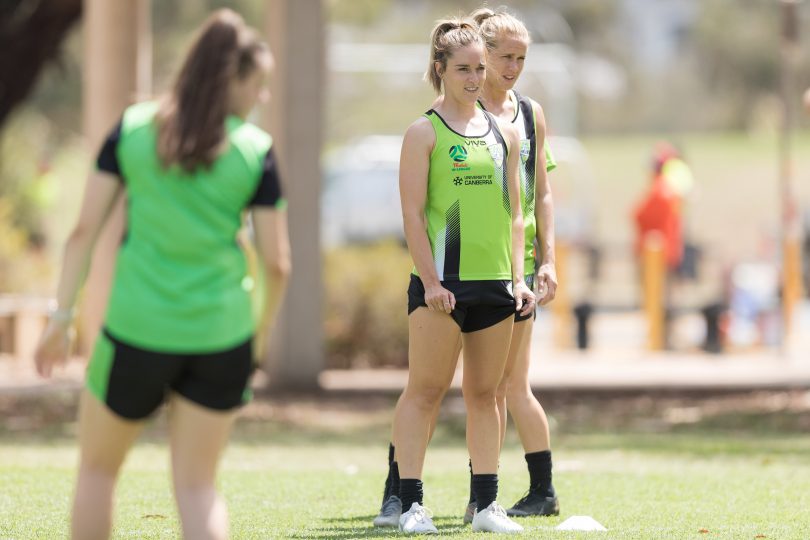 Orgill says Norwegian international Elise Thorsnes (right) will have to show her around her home country. Photo: Ben Southall.

Orgill says that as women footballers in Australia continue to grow and get better, it should not necessarily mean that they need to fly overseas to continue their career paths, although that seems to be the current trend.

“I do not think that it will always have to be like that, when players get better they will have to move overseas. Obviously the European clubs, a lot of them have that richer culture and have been established for longer, we are still young as a footballing nation,” Orgill said.

“The biggest thing for a lot of players is that the W-League is such a short season and we have so many players that play in the season then have to work full time or another job in the offseason, which is longer than the season itself.

“Once that changes, and we are able to go to a full home and away [format] and go for longer through the year, then we will still get players who want to play here and do not feel like they will have to take that step and play year-round football.”

As a lawyer in the Australian Public Service, Orgill knows all too well the balances that need to be applied between full or part-time work and playing professional football. She will be taking a 12-month break to follow her dreams overseas, although if this includes returning to Canberra for the next instalment of the W-League, we cannot be certain.

“Who knows what the future holds. I love this club and it is always an honour to play here in Canberra, so there is every possibility that I will be back.”

Canberra United will host Adelaide United at McKellar Park on Sunday, 16 February. Kick-off is at 4 pm. Tickets can be purchased here.