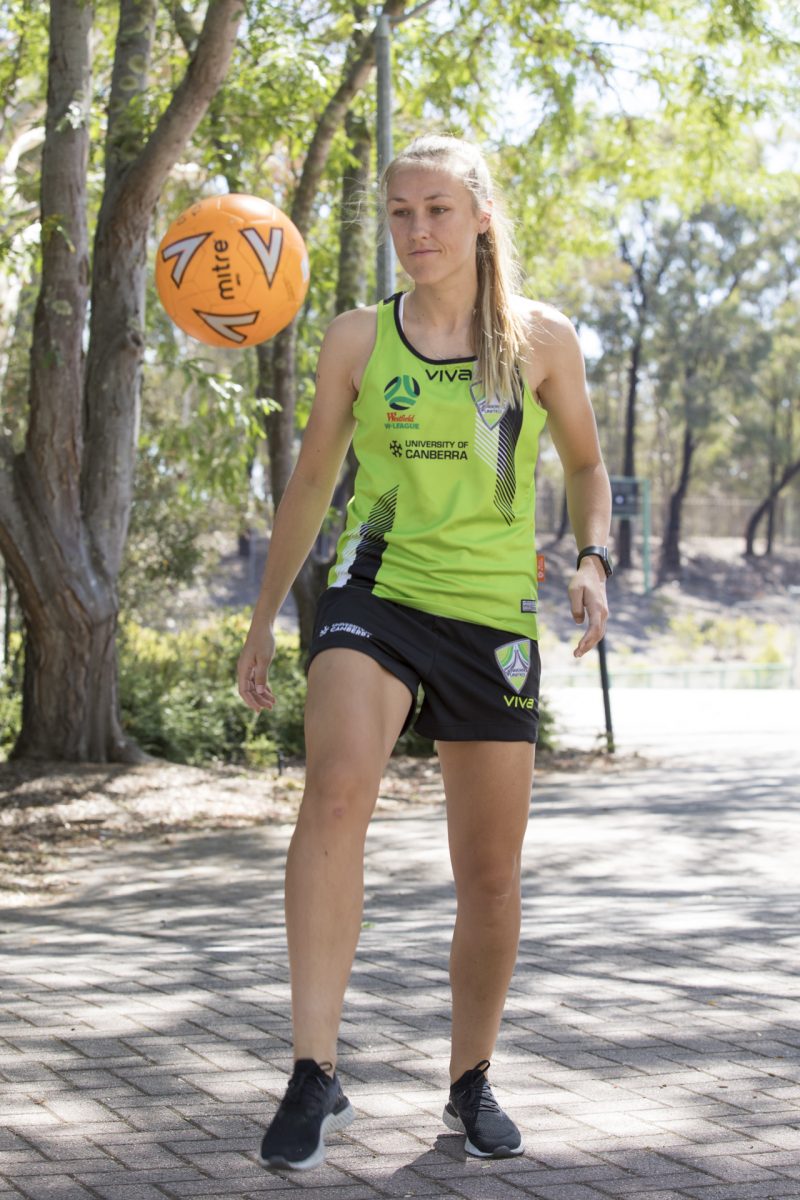 Canberra United is on the ropes following their second consecutive 4-0 defeat, with the girls needing to take home the three points against Sydney FC to keep their season alive and play finals football in March.

Taking to McKellar Park for the second-last time this season, United will tackle Sydney FC in a re-scheduled match after last weekend’s bushfire smoke postponed the original game.

Taren King knows all too well how tough the match is going to be, splitting her football career between Sydney and Canberra.

King, who also plays for the NSW National Premier League champions Sydney Uni, says it will be a tough game for the girls, coming off the back of the 4-0 loss against table leaders Melbourne City.

“Obviously Sydney is a massive club, and they have massive players, it will always be a big match that we want to win,” King told Region Media.

And with brother Joel King playing in the Sydney FC under-21 squad, you would think bragging rights might be worth a little more at the dinner table.

“There is not necessarily bragging rights with me and my brother, I’m not a massively competitive person,” King said.

“I know he will be cheering for me.”

The focus this Monday will be on concentration and structure, two areas which have let United down in previous rounds.

“Everyone thinks of the physical fatigue that the heat plays but it is also a lot of mental fatigue as well, and it is just that concentration in the last five minutes of halves, even the first five sometimes,” King said.

“It is down to a lack of concentration and we just have to be better.

“It comes from all the team as well, we have to be boosting each other and making sure we are all on the same level and keeping up with each other.”

But King says having a team close definitely helps, and this has not been a problem playing with Canberra.

“In other W-League environments it is a bit harder to be as close,” she says.

“In Sydney, it could be an hour and a half between people’s places, whereas in Canberra it is 20 minutes wherever you go, so you can catch up with anyone in half an hour.”

King lives in a huge house with teammates Leena Khamis, Sham Khamis, Patricia Charalambous and Rebekah Horsey, and says that comradery in the team makes it a supportive environment to play in.

“It is a massive house and it is not quiet. We have one quiet one and that is Bec and we are starting to bring the noise out of her as well,” King said. 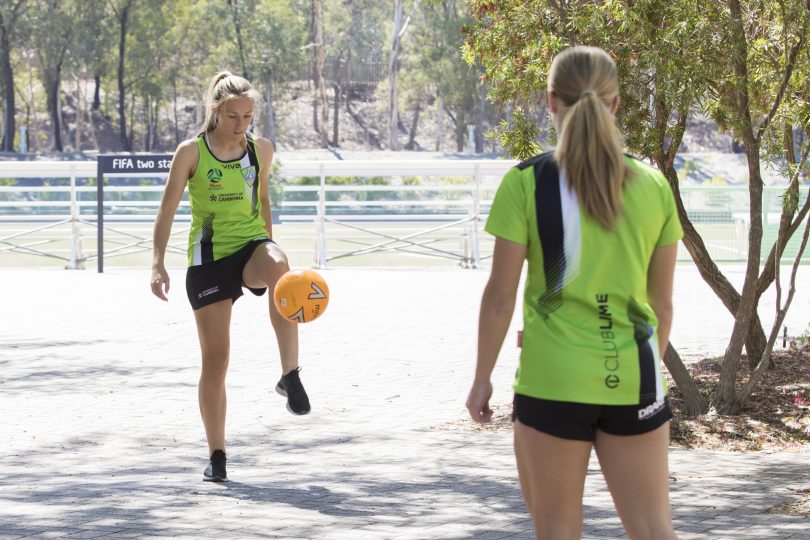 King says concentration is key during the game.

“It has been good! I said to my parents I do not think I could have wished for a better group of girls to live with. It has been a dream household, to be honest.”

However, a boisterous house will need to translate into a vociferous on-field performance at McKellar, as United have now slipped to 6th on the nine-team ladder with four games to go.

With a three-horse race between Canberra, Brisbane and Melbourne Victory narrowing for the coveted fourth place, Garriock’s girls will prepare to take on both teams in the following weeks for the last spot in the W-League finals.

Captain Nikola Orgill says Canberra will need to go for it.

“Against Sydney FC, we want to really threaten their flanks and put more pressure on them,” Orgill said.

“We have the attacking prowess upfront to really win this match.

“Last year we had success against Sydney but they are a very good side and we can not take them lightly. But we are also a good side this year so I’m sure they are concerned about us too.”

Canberra United will take on Sydney FC at McKellar Park on Monday night (13 January). Kick-off is at 6:00 pm and tickets are available from Canberra United.

Why is soccer played in mid summer ?

After the third 0-4, it’s season over, sadly. Imports Charley, Camilla and Thorsnes can’t do it all on their own. One thinks back to the defensive clout of Ellie Carpenter, or the midfield brilliance of Lori Lindsey. Big regroup required.

Lets hope they can improve their comradery !!