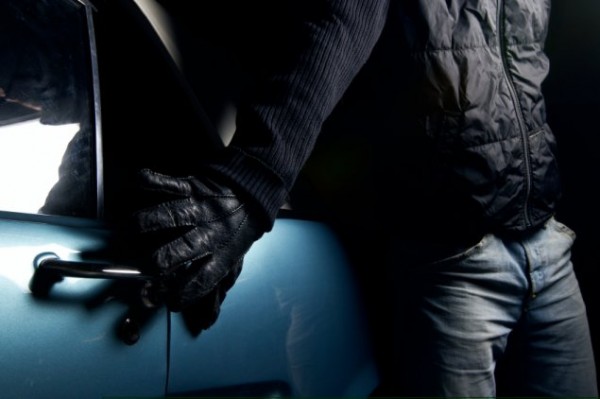 The risk of experiencing a theft from your car or malicious damage to your property is far higher in the ACT than the national average according to the latest figures released by the Australian Bureau of Statistics.

However, Canberrans are no more likely to experience a break-in than the rest of the nation and the percentage of physical assaults in the ACT is slightly lower than the national average.

Figures on household and personal crime collected by the ABS Crime Victimisation survey show that 7,900 ACT residents experienced theft from a motor vehicle in 2016-2017 – or 5.3 per cent of householders. This is almost double the national rate of 2.8 per cent.

In terms of personal crime, 6,900 ACT residents experienced physical assault last financial year. This represents 2.2 per cent of the ACT population and is less than the national rate of 2.4 per cent.

Nationwide nearly half a million Australians aged 15 years and over (454,900) experienced one or more incidents of physical assault in 2016-17.

“One in seven men (14 per cent or 31,500) who experienced physical assault felt that the incident was too trivial/unimportant to report to police,” said William Milne of the ABS’ National Centre for Crime and Justice Statistics.

“A similar number of women (13 per cent or 30,100) who experienced physical assault felt that the incident was a personal matter and did not report.”

The Crime Victimisation publication provides information about people’s experiences for a selected range of personal and household crimes, including the socio-demographic characteristics of people experiencing the offences and whether the most recent incident was reported to police.

Do you think too many people are reluctant to report physical assaults? Let us know your thoughts in the comments below.

When I lived in Florey my car was broken into very regularly, when I had a business in Lyneham it was broken into 5 times. I’d say lots of car break ins go unreported as if you don’t have insurance there is no point

That is the kind of people the government is bringing in, the price of overpopulation. All pollies are concerned is more votes for them.

I'm not surprised, although I believe much of the crime that occurs in Canberra is not accounted for by statistics. I doubt all cases of sexual assault are reported for example.

This is why I tape all my stuff to my body.

Better to swallow it. Then they have to cut it out of you.

Hardly any police....wouldn't take much for the Australian Federal Police to catch them....hang out some lonely mtb carpark...in well known areas...

I'm not sure than hanging them is the answer. 🤔

We've lived in Canberra for 11 years and haven't had any issues but the relatively high statistics especially regarding assault really surprise me.

Asha Kidd - 26 minutes ago
Is there a go fund me for these guys? View
Adam Jovanovic - 23 hours ago
You'd be surprised how many people vote for the government that screws them over the most. Mainly.because.of alarmist.and exa... View
Lifestyle 14