Canberrans urged to shop around for petrol before long weekend as prices jump by 5.5cpl 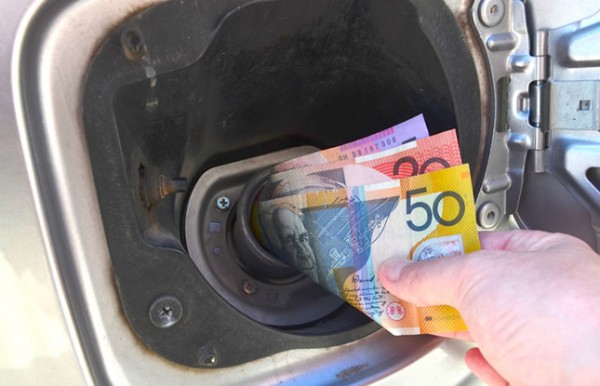 Canberra’s petrol prices have jumped by 5.5cpl over the last few days.

Canberra motorists are being encouraged to shop around before filling up this Queen’s Birthday long weekend with Canberra’s petrol prices jumping by 5.5 cents per litre (cpl) over the last few days and differing significantly between suburbs.

Canberra had the unwanted distinction of being the most expensive capital city for buying petrol over the last quarter (March 3 to June 3) according to the latest analysis by comparethemarket.com.au.

As of June 4, the cheapest place to fill up in Canberra was in Fyshwick at 152.9cpl, while motorists were paying 155.9cpl in Holt, Dickson, Braddon, Wanniassa, Mawson and Belconnen.

The analysis revealed that Canberrans paid an average price of 148.5cpl for petrol over the past quarter – with the average price in Sydney and Adelaide being 8.5cpl cheaper.

The analysis states that after a reasonable period of stability, Canberra’s petrol prices have jumped 5.5cpl in the last few days.

Household savings expert Abigail Koch at comparethemarket.com.au said that petrol prices in Australia’s capital cities over the last quarter have been at their highest since 2014.

“Around the country, most capital cities are some way from the expected bottom of their cycle.

“This, coupled with world oil prices being higher than in any other time over recent memory, means motorists should shop around for the best price before filling up this long weekend,” Ms Koch said.

“We recommend drivers across the country compare prices on free petrol apps, such as comparethemarket.com.au, to find the best deals before hitting the road.”

The free comparison website, which updates its petrol price data three times daily across all major Australian cities, analysed the average cents per litre of unleaded petrol from 3 March to 3 June 2018.

The data was sourced across Canberra, Sydney, Melbourne, Brisbane, Adelaide and Perth to gauge which parts of the country were the cheapest for petrol, and where prices are sitting in the cycle ahead of the weekend.

Have you noticed the jump in petrol prices in recent days? Do you tend to shop around for petrol? Let us know in the comments below.

Currently on holiday in the NT. Fuel is cheaper up here and it's technically classed as remote 🤔

Costco. I save far more than the membership fee in petrol every year.

I paid 178.9 cents per litre of a higher grade unleaded on Tuesday so I can’t imagine how much higher stations will go with that $2 perhaps?

But where is ACT fuel watch ! Aren’t they supposed to keep the servos honest ...

Stop shoving cash into the tank! I saved a bundle at the servo and less trips to the mechanic.

Fill up in Queanbeyan or Fyshwick much cheaper

We just came back from OS for 7 weeks and couldn’t believe the jump in price of diesel. $1.60 per litre!

Shop around?? not much choice in ACT when only two servos are under $1.53 a litre for E10 unleaded. We are being gouged and ACCC are useless to do anything about it other than their usual lame rhetoric.

Paradoxically fuel can be cheaper say s you head north to Maryborough than in Brisbane where it is bulk stored despite transport costs.

Same deal in Canberra, drive outside the boarder to any small country town & it's a lot cheaper. The chief minister says his focus is on things he can influence (tax, tax, tax), as lobbying the ACCC in the past has resulted in absolutely nothing. Maybe they don't like him either so simply dismiss the concerns raised. We are an easy target for this disgusting practice to target Canberra with no one prepared to take this issue on. Just try to find anyone who will show an interest.

I filled up at Costco last Friday and paid $1.39 for a litre. Still, I have that luxury of working from home and dictating my own hours. I’d hate to queue up there on a Saturday morning.

This is crazy. When oil was $100/barrel, fuel in the US was $4/gal. Since the price of oil dropped, its back to around $2.80 gallon ($1 per litre AUD, give or take). Why are prices in Aus still at $100/barrel prices?? And why are we the only country in the world that has a “fuel cycle”? The US just had Memorial Day weekend, and prices didn’t move a cent...

Because we've been conditioned

I was using the 7-eleven app for a while there as they had been cheap. then their prices went up. Cheapest I can get 98 at the moment is $1.56 and some shell stations are up to $1.82 for V-power. Canberra doesn't have a price cycle like other cities, the price just keeps increasing with rarely a dip in price to be found.

Varalakshmi Nathan - 9 minutes ago
Not every one rides a motorcycle. My husband had motorcycle and had fallen off and had bruises. Same with my son also. We nee... View
Jeff Smith - 2 hours ago
Woody Brenden Don't think Public Transport is better than it used to be for the average Tuggeranong resident. View
Jeff Smith - 2 hours ago
Tania Shaw Too true Tania. My bus use to take 12 minutes and two stops from Kambah straight to Woden, the bus changes in 2019... View
News 11

@The_RiotACT @The_RiotACT
The P-plate driver accused of crashing the vehicle resulting in the death of 16-year-old Alexis Saaghy has made a brief court appearance in the ACT https://t.co/Sqb12Xd0EB (31 minutes ago)