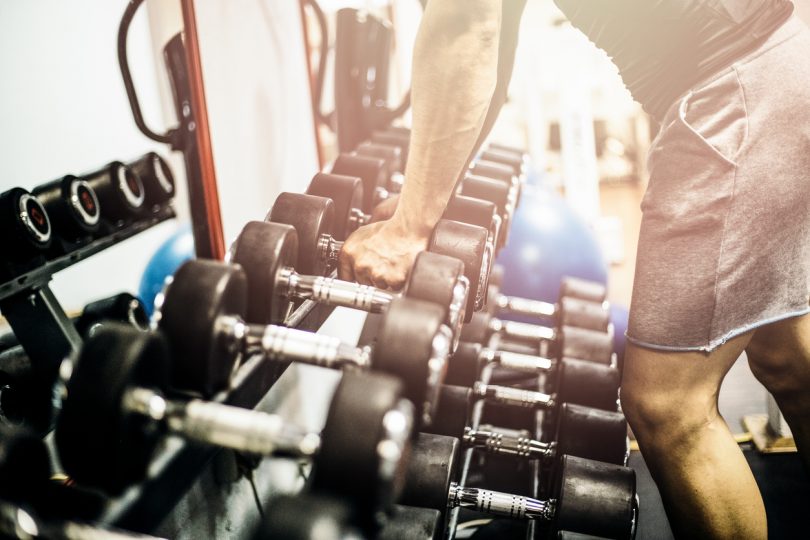 The potentially deadly weight-loss products are being marketed to the fitness and bodybuilding communities.

ACT Health is warning Canberrans to be aware of potentially dangerous weight-loss products being marketed to the fitness and bodybuilding communities.

The products, known as ‘shredders’, may contain the highly toxic chemical 2.4-dinitrophenol (DNP) which has caused several deaths overseas and more recently in Australia.

DNP prevents energy from being stored as fat with it instead being released as heat. This increases body temperature which can damage the cells of organs such as the muscle, kidney and brain.

ACT Chief Health Officer Dr Paul Kelly said there is a myth that if used in small amounts users will be safe, but in reality, DNP is an extremely toxic substance.

“DNP can cause a range of serious medical problems, including muscle breakdown, kidney failure, seizures and coma,” Dr Kelly said.

“There is no antidote and even with our best medical care, people can and have died using products containing the chemical.”

ACT Health advises that products marketed online advertised as featuring DNP should be avoided, as should any product from an unverified source that is promoted as a weight-loss agent.

It said that people can become seriously unwell within hours of ingesting DNP.

In cases of known or suspected ingestion, people are asked to phone Emergency Triple Zero (000) immediately.

The ACT warning mirrors advice provided by NSW Health about the dangers of these weight-loss products.

ACT Health urges anyone who has information about the purchasing, selling or manufacturing of illegal drugs to call ACT Policing on 131 444 or Crime Stoppers on 1800 333 000.  Information can be provided anonymously.

Gavin Davey - 21 minutes ago
I lived out there 2003 and the same thing happened the blocked off Weston Creek and not us you could hardly move on Lanyon Dr... View
Jennifer Crawford - 5 hours ago
There were crowds of people hanging around at the roundabout that the police had closed off at Tharwa Drive 😳 View
Eliza Atkinson - 6 hours ago
Jenny Bolin too true View
News 76

Stuart Clark - 4 hours ago
Lyle Williams thanks View
Lyle Williams - 4 hours ago
Stuart Clark An issue for LED lights in reflectors is if you turn them towards the sun, they die like ants under a magnifying... View
Jeff Favaloro - 6 hours ago
Gerda Lawrence ? That doesn’t really make sense - even the army has now changed this protocol for daytime Landing lights so... View
Opinion 48

Karlita Stirling - 4 hours ago
Bethany Williams agree with you. I’d go further and say the likes of NewsCorp and the coal industry are also desperate for... View
Food & Wine 3

Leearni Hamilton - 5 hours ago
Moey El Tahach let’s try this View
Phuong Tran - 5 hours ago
Only coffee I use at home View
WynettenPeter Neil - 7 hours ago
Love the coffee at Two Before Ten and a great place to meet friends for coffee! ☕☕☕ View
News 8

Margaret Edwards - 5 hours ago
When going to and from the gym yesterday evening, Sulwood Drive was really dangerous as cars stopped to take photos and pulle... View
Pam Clarke - 5 hours ago
Tis so sad, p l e a s e RAIN☔️💦💦☔️ View
Kerry Jackson - 5 hours ago
Beyond sad and I wish it hadn't been caused this way. Walked and loved this area since its gazettal as a national park... View
Sport 9

Tim Daly - 8 hours ago
Its is a great initiative as people just need a place where they can share their story with out pressure and stress. This Is... View
Teang Pao - 8 hours ago
David Harris your awesome service is so needed right now. You're making a difference! Yeah. View
News 108

Colette Robinson - 9 hours ago
I’m amazed it had to take a catastrophe for a lot of car-dependant Canberrans to suddenly take public transport woes as ser... View
Property 4

Update 1:30 pm: The Orroral fire has been downgraded to advice. There is limited activity on the eastern edge of the...
News 8

@The_RiotACT @The_RiotACT
RT @ACT_ESA: Take a look at these images snapped by our ACT Rural Fire Service photographer from the fireground. Please DO NOT travel tow… (3 hours ago)

@The_RiotACT @The_RiotACT
Your guide to upcoming gigs in #Canberra, including performances by The ANU Laptop Ensemble and songwriter Cathy Diver https://t.co/6NrWaiqSvi (5 hours ago)

@The_RiotACT @The_RiotACT
RiotACT readers were strongly in favour of changes in climate change policy as this seemingly endless summer of bushfires rolls on. But where do you stand on religious exemptions to everyday laws? https://t.co/3nHhOkXzwA (6 hours ago)