Canberra’s CEO Sleepout: Record funds and a reality check on the plight of the homeless 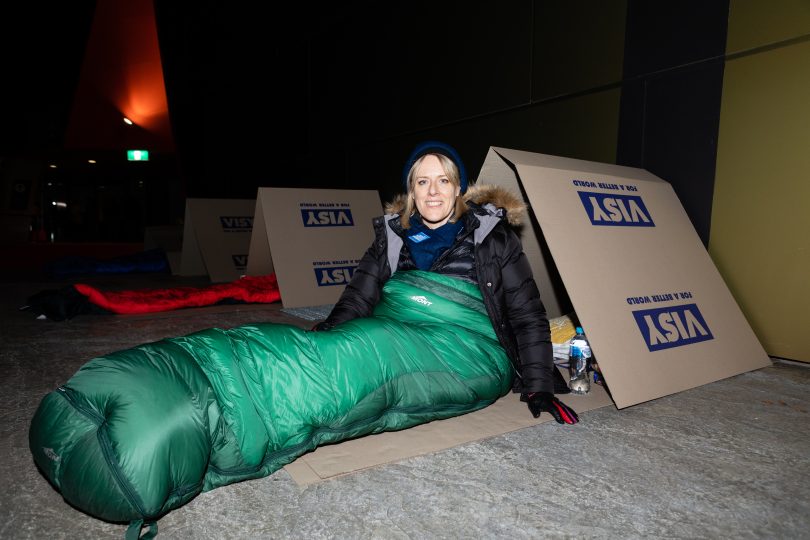 Bradley Allen Love Lawyers CEO Cecilia Blewitt finds it hard to imagine the pain involved in not being able to put a roof over your child’s head. Photo: Daniella Jukic.

Cecilia Blewitt had never felt so cold. She felt frozen to the bone and found it difficult to sleep as the night stretched on. Then there were the strange noises, the feeling of being in odd surroundings and the shock of suddenly being woken by the chill in her arms after they somehow became uncovered.

Sleeping on two sheets of cardboard last night among 149 other Canberra community leaders at the Vinnies CEO Sleepout, Cecilia was given her first taste of what it is like to sleep rough in Canberra with temperatures plummeting to as low as -4 degrees Celsius.

However, the Bradley Allen Love Lawyers CEO who loves to keep warm knew full well that her experience was nothing compared to that of those really sleeping rough in our city night after night. As a woman and a mother, the harshness of their situation particularly struck home.

“I’m sleeping out for one night but there are kids in Canberra who are doing it every night,” Cecilia said.

“I look at it as a parent – just imagine not being able to put a roof over your child’s head and the pain involved. That’s the thing that got me.

“You want to give your child absolutely everything in the world. Imagine being in a position where you cannot do this because of your circumstances.”

It’s about committing to make a change 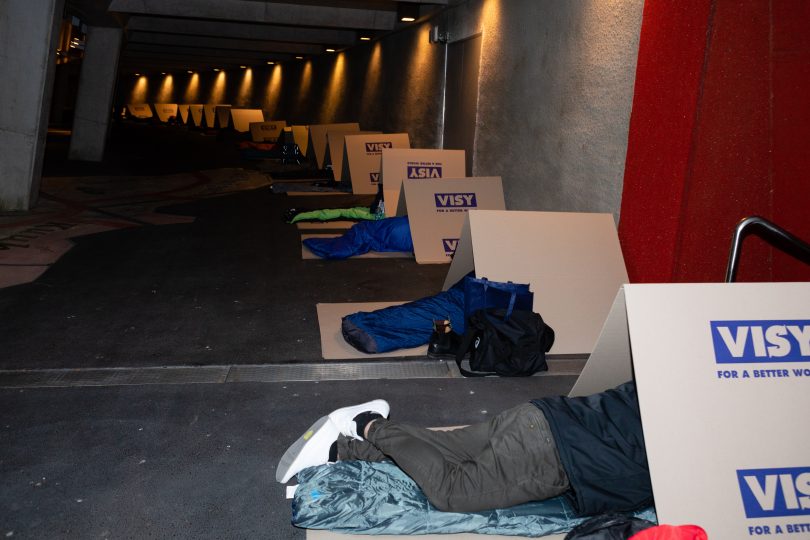 Known in her family as someone who feels the cold and who likes the house to be 19 degrees at night, Cecilia certainly found it “bitterly cold” at the sleepout but she was strong on the fact that she also had the benefit of a warm sleeping bag, layers of thermals and a controlled environment.

“Whilst I found it particularly tough, imagine having to do that and being fearful of violence and having your belongings stolen while you sleep. It’s unfathomable that this is a way of life,” Cecilia said.

“These people don’t need our pity, they need our support.

“This is about tying in CEOs to provide support and make a commitment to make a change in Canberra.”

Cecilia said that homelessness is a complex problem that can’t be easily fixed but that Canberra CEOs and community leaders can play an important role in ensuring the issue remains in focus and that pressure is brought to bear on addressing it – including looking at innovative ways to do so.

Cecilia was one of 150 Canberra CEOs and community leaders who braved the cold last night (June 21) to sleep outside the National Museum of Australia. 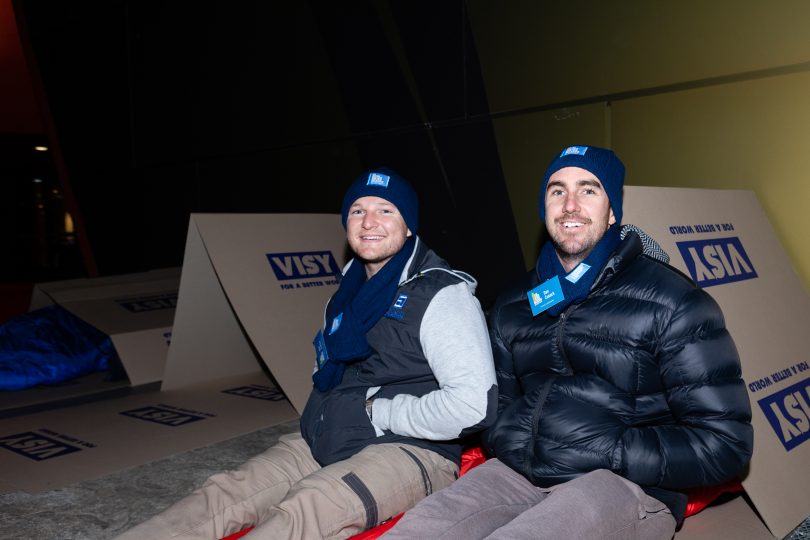 The money will provide critical funding to keep the St Vincent de Paul Society’s two night patrol vans operating each night in Canberra and providing the homeless with much-needed blankets, warm clothing, food, hot drinks, companionship and a way of connecting with other services.

The funds raised will also contribute to services such as the Clemente Program that provides disadvantaged people with access to tertiary level education and youth programs such as the Vinnies St Nick’s Young Carers Program. 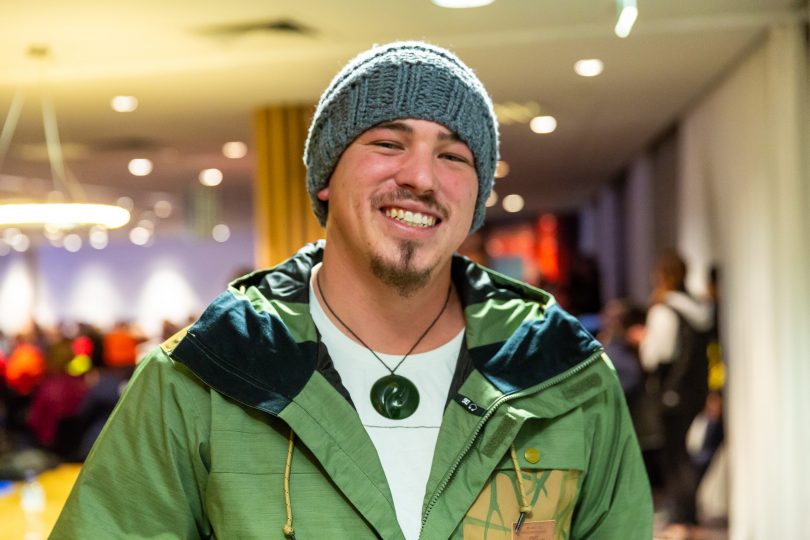 ACT Young Australian of the Year Zack Bryers spoke at the CEO Sleepout about his lived experience with homelessness. Photo: Steve Keough.

Breaking the cycle of poverty

“If you’re a young person growing up with lack of stable housing, it is extremely difficult to concentrate in school and if you’re constantly moving from one place to the next, it undermines your self-esteem and can create stigmas that can stay with you throughout your life,” he said.

“For CEOs to sleep out one night in the Canberra cold, it can give them some practical insight into how hard it can be to hold a job, continue study or keep a family together.” 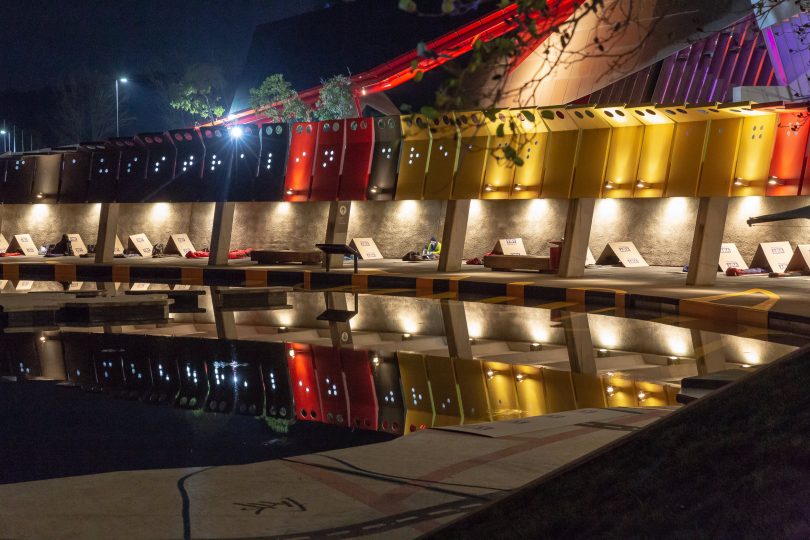 Recent figures from the 2016 ABS Census of Population and Housing show that over 40,000 young people are experiencing homelessness in Australia, and 531 Canberrans under the age of 24 years are doing it tough.

Barnie van Wyk said the additional funds above the target raised last night will assist more people in need through an expansion of services and early intervention programs, particularly for the region’s youth.

Canberra CEOs taking up the challenge

Nick McDonald Crowley was the top fundraiser at this year’s sleepout, raising $34,812 so far. He received $5,000 of that funding in return for attending the sleepout wearing a Pink Panther onesie – a challenge he took up to the delight of the other participants. 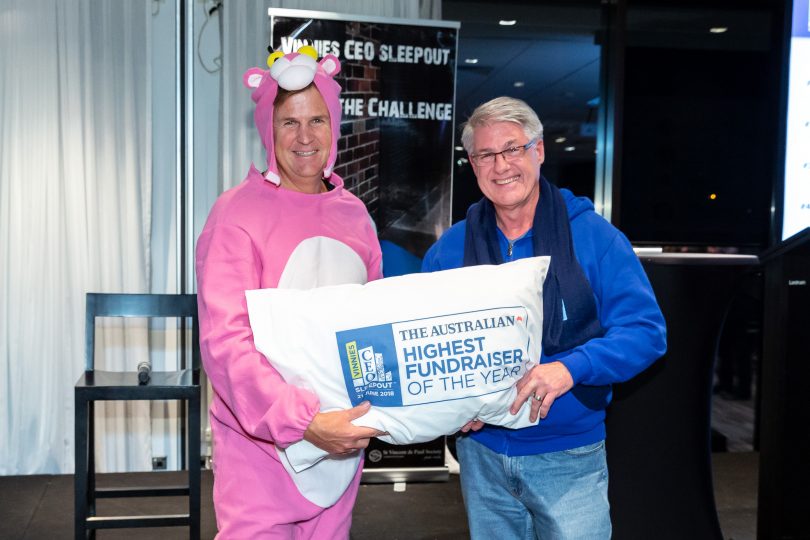 Among the many other participants was Project 1 Finance Director Sherreena Rizvi-Gay who was also attending the CEO sleepout for the first time. 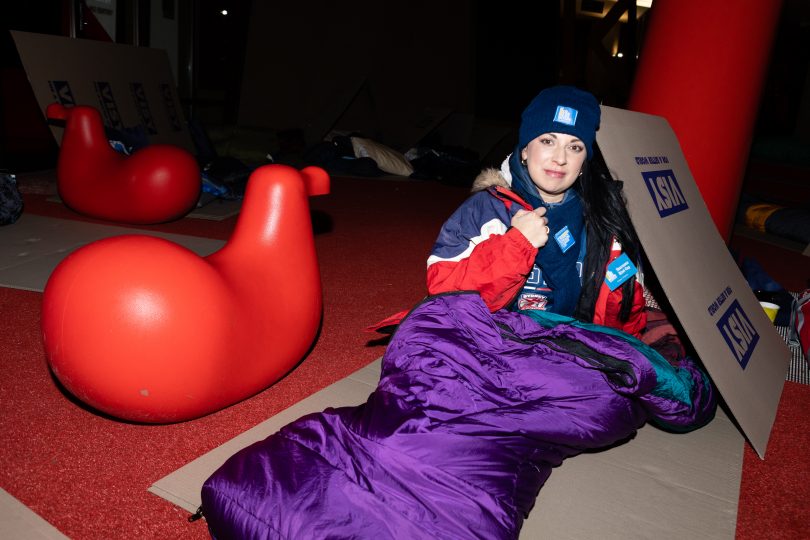 “For many years I’ve had a soft spot for the less privileged and I just wanted to donate and help them out,” Sherreena said.

She said it was a freezing night and “terribly, terribly uncomfortable” but she is now committed to taking part every year.

Anyone still interested in donating to Canberra’s CEO Sleepout or in pre-registering for next year should click here. 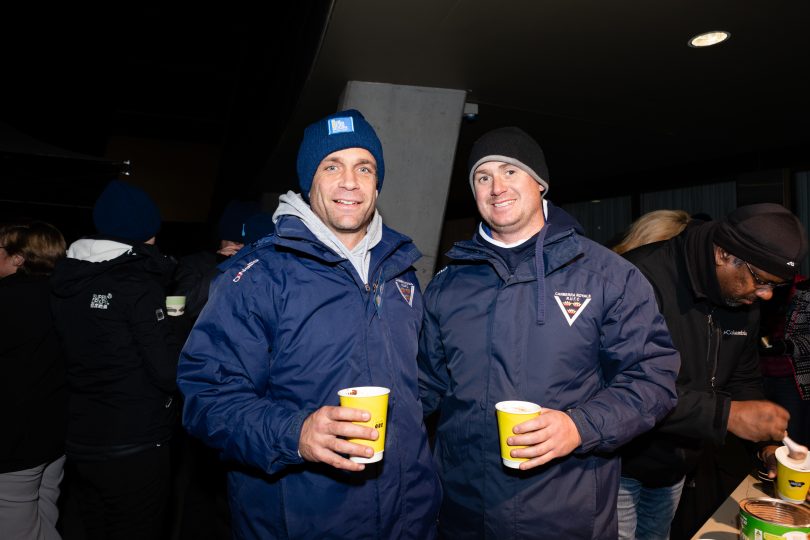 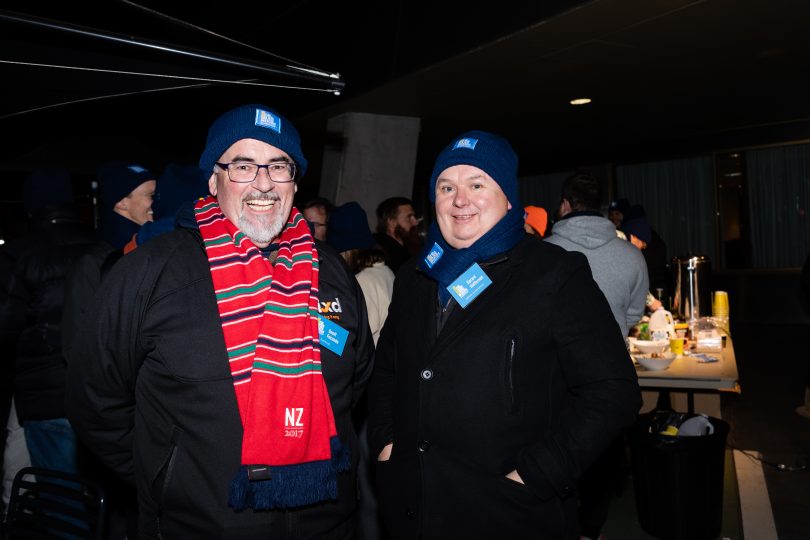