Canberra's Jason Lott to represent his country at U23 World Cup 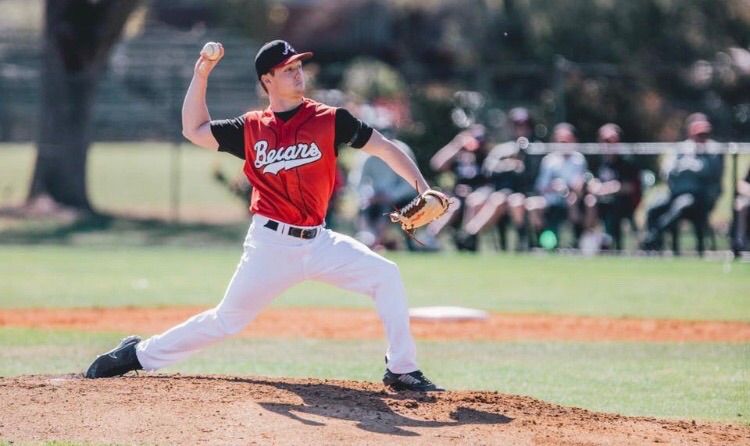 Canberra’s Jason Lott has been selected to represent his country at the U23 World Cup. Photo: Supplied

23-year-old Jason Lott has endured his fair share of adversity and bad luck when it comes to his baseball career.

Lott’s dreams of signing a professional contract with an MLB team fell agonisingly short due to a serious elbow injury he suffered while at college two years ago. The talented pitcher’s elbow injury was the result of a crucial misjudgement from his coach and his career as a professional pitcher was derailed.

His injury forced him to miss out on a lot of matches and as a result, he was released by his school and was forced to move away.

“I had worked really hard to get accepted into that school but because of my injury, they had to release me. It was heartbreaking,” he shared with Region Media.

Lott packed up his bags and went to another school and eventually went back to pitching but still had pain in his elbow. After a lot of tests, it was discovered that he had bone spurs in his elbow so he had a major surgery to shave his bones down so that they would keep from hitting each other.

As a result, he never managed to be selected by an MLB team.

It has been a rocky road for the past couple of months for the young pitcher, but now his luck has finally turned after he was named in Australia’s squad for the u23 Baseball World Cup later this month.

Lott is one of three locals to have been selected for Australia’s 24-man squad, with Mitchell Edwards and Jake Green to join Lott in Columbia for Australia’s first game of the tournament against Venezuela on October 19.

They’ll also play Korea, Puerto Rico, the Dominican Republic and the Czech Republic in the group stage, with the top three sides progressing to the super round.

And if it wasn’t for his mate, he might not have even received the call-up.

“I got a message from a friend of mine who is involved in Baseball ACT and he asked if I was going away with the u23’s team. I didn’t even know the u23 World Cup was happening so he made a few calls and then half an hour later I got a message from the head coach asking me to play,” Lott said.

“It kind of sprung up on me and it was a last-minute message. It was a no-brainer for me.”

Lott also signed a contract with the Canberra Cavalry for the upcoming season two months ago, a sign that his spate of misfortunes seems to have come to an end.

“I finished college in June and then Cavalry reached out to me and I signed a contract,” he said. “I think I am going to learn lots with the Cavalry this season with their strong pitching squad so I am looking forward to it. I am hoping to just develop a lot as a pitcher overall throughout the season and pick my teammates’ brains,” Lott said.