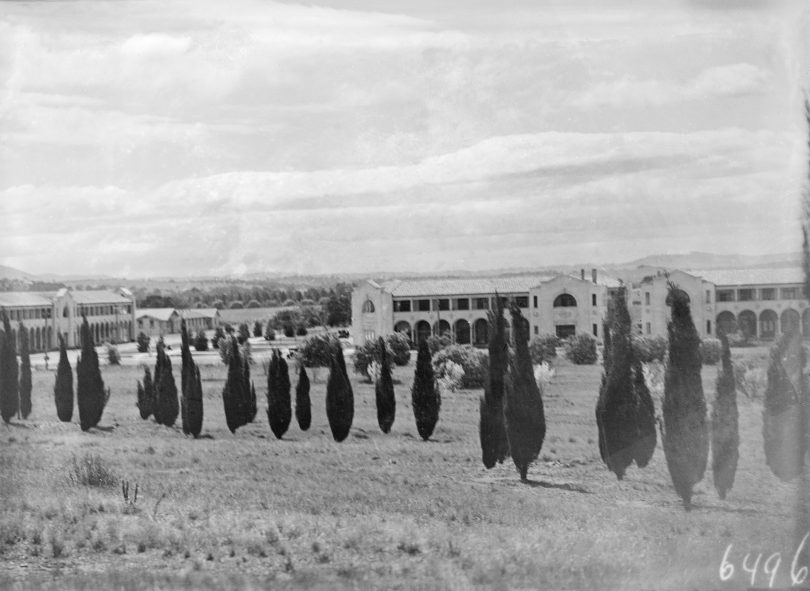 The Melbourne and Sydney Buildings in 1932. By this stage, Canberra’s oldest businesses were nearly a decade old. Photo: Supplied.

“We put a call out to Canberrans to help us identify the longest-lasting, oldest firms in town,” Chamber CEO Dr Michael Schaper said. “We were inundated with a whole range of businesses, over many decades and there are some remarkable stories as well.” 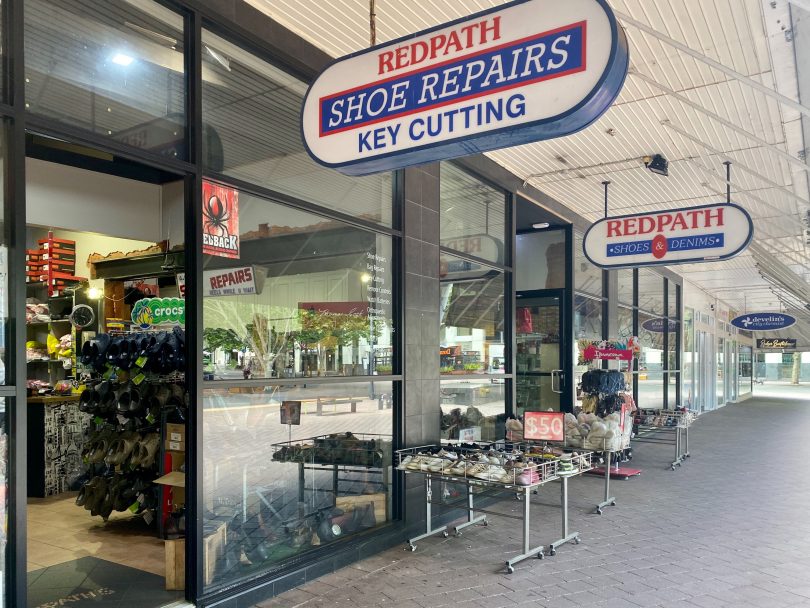 Redpath opened its doors in 1922 and Frawley’s (below) in 1927. Photo: Michelle Kroll, Region Media.

The oldest businesses were revealed at the Chamber’s annual gala dinner on 7 November at the National Museum of Australia. Celebrating the theme Canberra Business: Then, Now and Always, the Business Chamber itself is celebrating its 87th birthday.

“Through this search, we found some of the forgotten bits of Canberra’s history, we even found out a bit about the Chamber. It turns out we started in 1932. We were older than we realised!

“It was great to involve the community in this search and pay homage to Canberra businesses. We also wanted to build a clear sense that the private sector is not peripheral. The private sector has always been there,” Dr Schaper said. 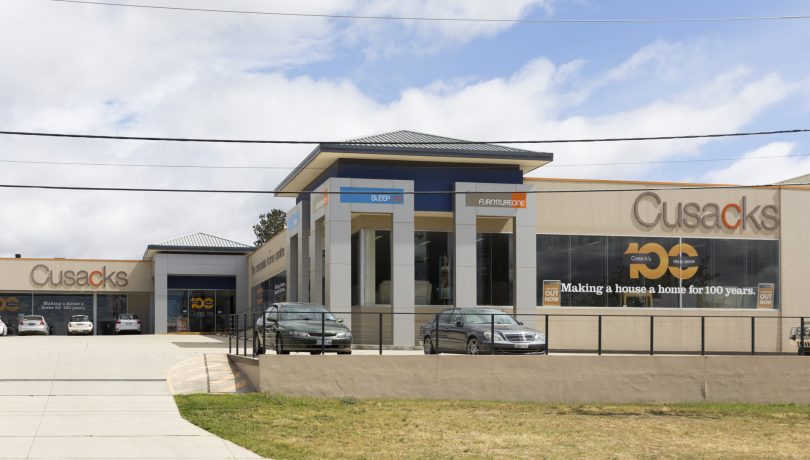 Top of the list of oldest businesses in Canberra is Cusacks, which started in 1918 in Yass and subsequently became one of the first shops to trade in the Manuka precinct when it opened in 1925.

“The story of Cusacks is fascinating. Family businesses can be notoriously difficult to manage. Most family businesses only last 10 to 15 years, but Cusacks have overcome these obstacles and, of course, is still trading,” Dr Schaper said. 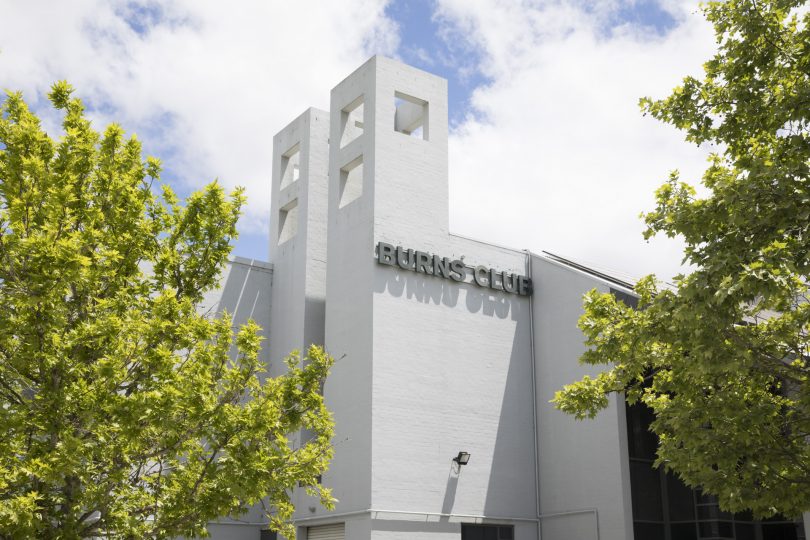 The Burns Club is easily among the 10 oldest Canberra businesses, first opening its doors in 1924. Photo: Michelle Kroll, Region Media.

Next is the Canberra Burns Club, formed in 1924, followed by The Canberra Times newspaper, which published its first edition in 1926. Fourth and fifth on the list are Redpath and Frawley’s shoe shops (1922 and 1927 respectively).

“I can tell you, we did not expect two shoe shops to be on this list. I guess that is testimony to the enduring appeal of the shoe.”

Rounding off the list are the Canberra YWCA, which commenced in 1929 and Radio 2CA, which is now part of the Capital Radio group. It has been broadcasting since 1931.

“All of these businesses are at least 85 years young, and still going strong,” Dr Schaper said. “These are great stories of success and achievement, especially when you consider that the average life of a business in Australia is less than 10 years.

“Most of these are also members of the Canberra Business Chamber, reflecting the long history of mutual support that exists between the Chamber and established businesses in town.” 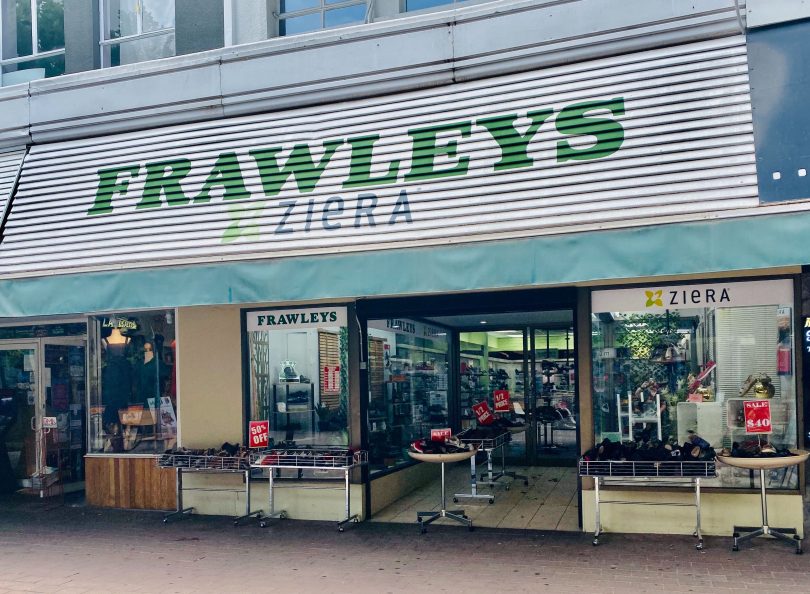 “I can tell you, we did not expect two shoe shops to be on this list,” Dr Michael Schaper said. Photo: Michelle Kroll, Region Media.

Dr Schaper says the search was not designed to be definitive but to celebrate those business that are still serving Canberra.

“We had fabulous support from the National Library of Australia who have an extensive collection on the history of Canberra. Various historical societies around the city came forward as well as the many individuals who contacted the Chamber with information and stories to tell us.”

According to the Canberra Business Chamber, Canberra is home to 28,000 business, meaning that almost two-thirds of local residents now work outside the government sector.

“Canberra is definitely a private sector town these days. Whilst that’s a relatively new trend, this search confirms that the private sector has always been important to the ACT,” Dr Schaper said.

Annie Wyer - 15 minutes ago
They do know about Myrtle Rust, don’t they? View
Community 19

Debra Tighe - 16 minutes ago
Dani Yell, neil said you found one the other day😊 View
Debra Tighe - 18 minutes ago
Megan Kulczycki maybe we could do this with Charlotte? View
Kellie Yarrow - 1 hour ago
We’ve seen some in Queanbeyan on our regular walks. View
News 1

gazmos - 35 minutes ago
A pity the ACT Government spent $1.5b on Light Rail rather than on health and education. Now we the residents are paying for... View
Lifestyle 3

Sandra Naden - 44 minutes ago
Lynne Mortimer , I think you may have a few more than this!! View
News 15

Futureproof - 1 hour ago
One of the nicest designs to come out of Japan. The sweeping lines could have come out of a Jaguar design studio, but unlike... View
James Forge - 2 hours ago
“Might not be anything special” At least it is low and sleek like cars should be.... View
Ed N Joanne Towner - 4 hours ago
Had one of these and it was an excellent vehicle and great to drive. View
Opinion 1

Futureproof - 1 hour ago
Barr and Rattenbury absolutely hate ICE vehicles, so I can't see this getting the light of day View
Lifestyle 3

Capital Retro - 1 hour ago
I concocted a nesting box almost exactly the same as the one depicted in the last image in this article and placed it in a Ne... View
Carolyn Drew - 2 hours ago
And even more trees will be cut down when the planned crematorium next to the Callum Brae Nature Reserve is built. Totally ir... View
Acton - 4 hours ago
Meanwhile the Greens, once an environmental party and elected on the basis of its false claims to protect Canberra's environm... View
Property 10

Matt Perry - 3 hours ago
Is it a plan to get the the whole state as public servants ? View
Alexei Gorbatov - 3 hours ago
Why we don’t hear that money go to strengthen our hospitals? View
show more show less
*Results are based on activity within last 7 days

The search for Canberra’s oldest businesses, then, now and always

@The_RiotACT @The_RiotACT
Sticks, twigs and thread from people's washing lines might be easy enough to source, but tree hollows are the increasingly rare gems of the bird property market https://t.co/Tak0XGIPKz (17 minutes ago)