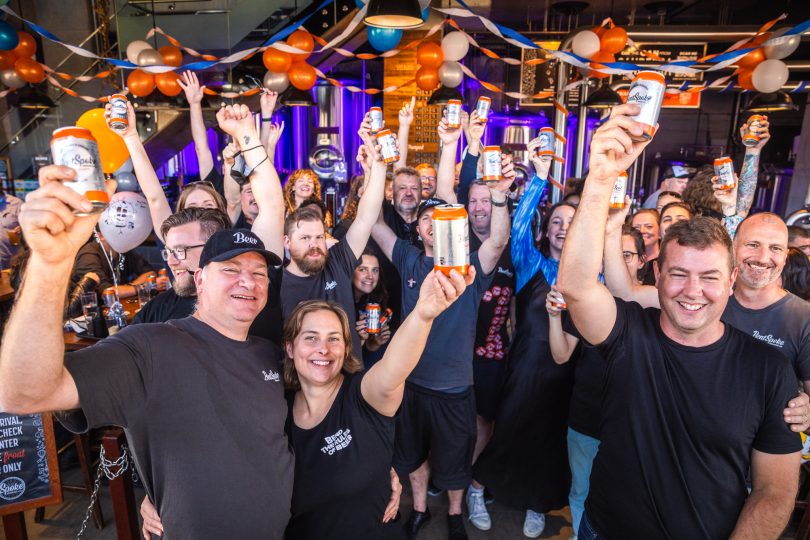 Bentspoke Brewing Co’s Crankshaft is Australia’s favourite beer (again) after taking out the top spot in the GABS Hottest 100 for 2021. Photo: Bentspoke.

The Great Australian Beer Spectacular (GABS) Hottest 100 asked consumers across Australia to nominate their five go-to Friday afternoon craft beers. When all the names were compiled, the “born and brewed in Canberra” Bentspoke Crankshaft emerged the winner.

Head brewer and co-founder Richard Watkins says the atmosphere was electric at the local brewery in Braddon when the winners were announced.

“These awards are better than winning gold medals. It’s one thing to have a row of judges adjudicating, but it’s another to get a great result when you’ve been judged by the punters who buy your beer. It’s very humbling.” 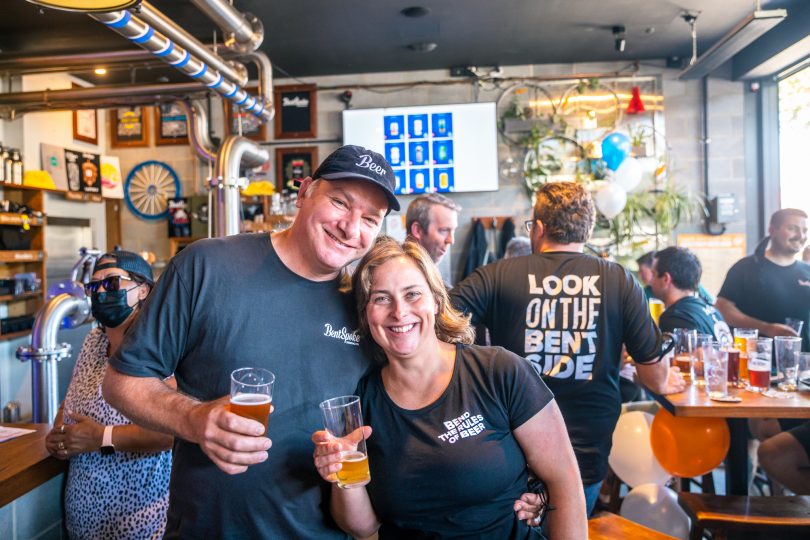 BentSpoke co-founders Richard Watkins and Tracy Margrain with a pint of the winning brew. Photo: Bentspoke.

Bentspoke threw open its doors for the first time on 6 June 2014 with five different beers on tap. Within the first week, 3000 litres of beer had been served, with two clear favourites emerging, Crankshaft and Barley Griffin. Both went on to score a place in the GABS Hottest 100 the following year.

When it came time to add full-on production facilities to the pub, Richard says they were left in no doubt as to which brews to can first.

“I think it’s down to the fact that Canberrans really like their food and beverage,” he says.

“And Crankshaft has some really nice hop flavours that make it very refreshing to drink.”

Crankshaft sits in the beer family as an IPA, or Indian Pale Ale, a popular choice dating back to the early 1800s. Most IPAs contain over 7 per cent alcohol, but Richard says Crankshaft’s lower concentration of 5.8 helps broaden its appeal.

He says Australia is “lucky” thanks to high-quality barley and hops, but that it’s a case of quality over quantity.

“Australia is limited in the types of hops on offer. In cooking, if you only ever have two herbs you can use, it becomes monotonous quite quickly. It’s the same with beer.”

Bentspoke sources a lot of its hops from overseas, principally the US, where the range is much greater.

Crankshaft contains a blend of four hops, another point of difference from most other IPAs, which leave it at two.

Put it all together, and it seems Canberra has a stand-out beer. 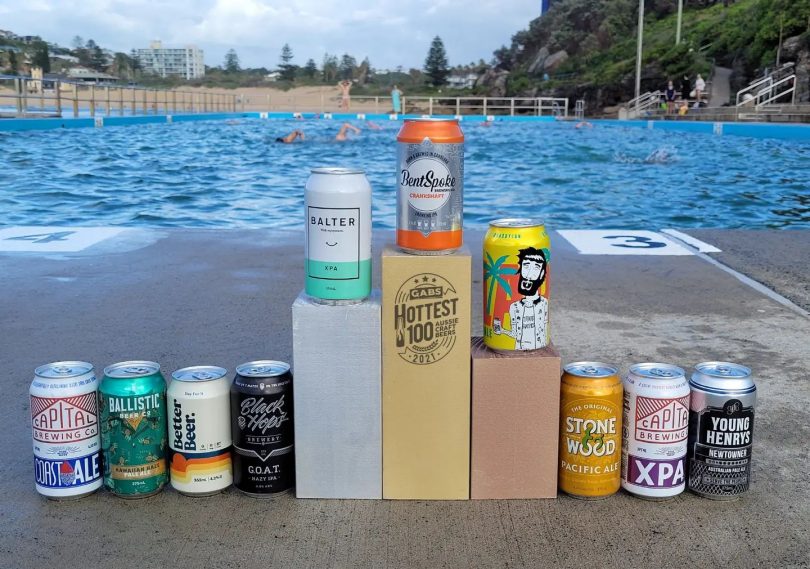 Since it started in 2008, the GABS Hottest 100 Craft Beer people’s choice poll has revealed the consumer trends and breweries shaping the Australian craft beer landscape.

Each year, beer lovers are asked to select, in order of preference, their five favourite craft beers of the year. More than 40,000 people cast their votes each year.

Taking second place for the ‘Hottest 100 Aussie Beers of 2021’ was Balter XPA by Balter Brewing. ‘Larry’ by Your Mates Brewing Co. came in third.

Also on the list was Bentspoke’s Barley Griffin at 12, Sprocket American IPA at 41, and Red Nut at 91. 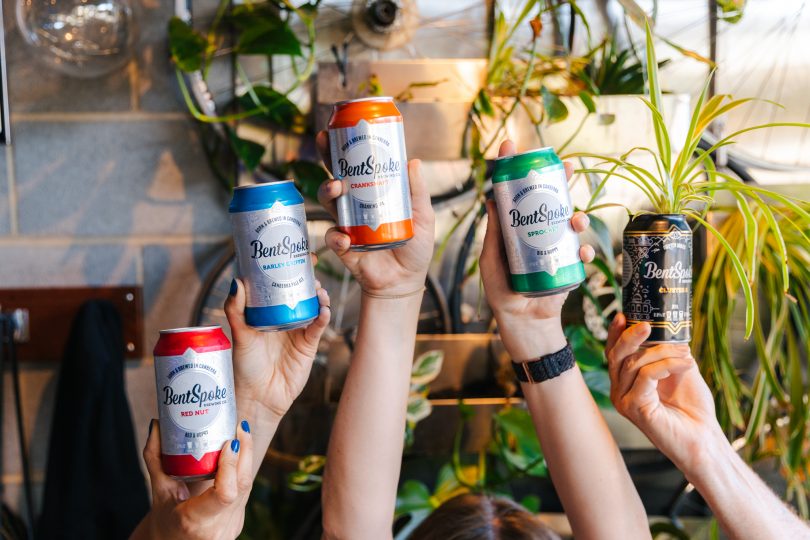 Multiple BentSpoke brews made the list for the best craft beers in the land. Photo: Bentspoke.

Richard says GABS has grown over the years to attract a lot of interest and become a real talking point in the industry.

“We’re very humbled by the fact that we finished on top of the Hottest 100 for the second time in a row, proof that our little brewery is punching above its weight,” Richard says.

“A lot of other businesses out there are starting out on their journey and should use us as proof that you can get there.”

So it should! Great beer.

We get some every time we come back to the ‘berra

Awsome win, now can they please reduce the price ?