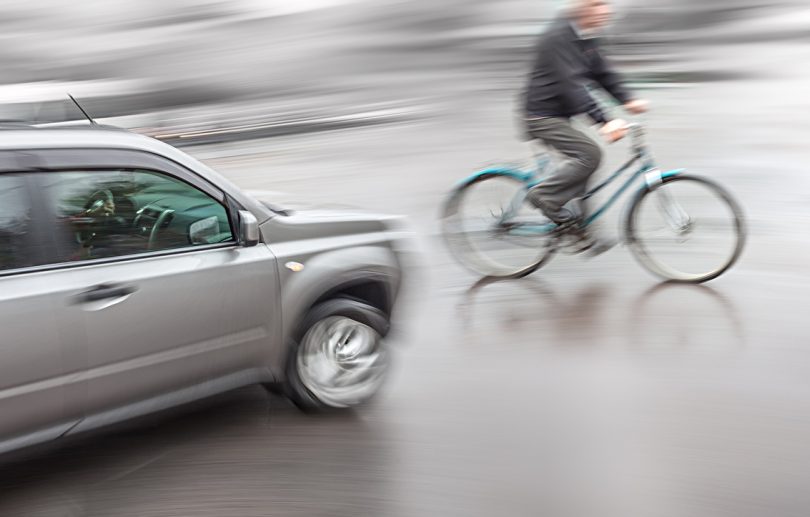 Vulnerable road users such as cyclists made up around a third of those killed or injured on ACT roads last year.

Police will this month focus on the safety of Canberra’s vulnerable road users such as children, pedestrians, motorcyclists and cyclists who last year made up around a third of those injured or killed on our roads.

ACT Policing and the Justice and Community Safety Directorate have launched a joint road safety campaign for October which will focus on awareness of vulnerable road users who do not have the same protection as a car during a collision.

Officer in Charge Traffic Operations, Acting Station Sergeant Marcus Boorman said all road users should be aware of their surroundings.

“A small collision between a car and a vulnerable road user can have serious consequences, and could result in serious injuries or death.”

These figures represent 36 per cent of fatalities and 30 per cent of injuries that occurred in the ACT last year.

“I urge all road users to be aware of their surroundings and be alert, particularly for vulnerable road users,” said Station Sergeant Boorman.

“Obey road rules and regulations as they are in place to ensure everyone’s safety.”

ACT police will this month focus on the safety of Canberra’s vulnerable road users.

“Vision Zero means that no fatality is acceptable, given the enormous emotional costs to families and the community when a person is involved in a serious accident,” ACT Road Safety Minister Shane Rattenbury said when the 2016 Road Crash Report was released.

“I urge all Canberrans to consider Vision Zero. Together, we can keep our community safe on our roads.”

What are some of the main road safety issues faced in Canberra by pedestrians, cyclists and motorcyclists? What more can be done to reduce the number of vulnerable road users being killed or injured on ACT roads? Let us know in the comments below.

Vision Zero means that no fatality is acceptable .

yet bring us your ice and we test it for ya. After you go back and rip off a few houses and buy more drugs bring that in and we will test that stuff for you too .

Seeing the research from multiple sources shows motorists are at fault in car-on-bike collisions (according to independent police assessment) roughly 80% of the time, I hope enforcement effort is spent proportionally, where it makes a real difference to safety outcomes, on driver behaviour.

Too often police take the easy way out and focus on trivialities and soft targets like bells and plastic hats, and resist doing anything about poor driving. Then the government wonders why participation takes a hit..

The vast majority of these “vehicle driver at fault” collisions are still accidental and as long as bicycles are able to mingle with road vehicle accidents will happen.

Anyone heard the outcome of the incident a few months ago when a cyclist riding an illegal electric bike collided with a pedestrian on a shared path in Fadden seriously injuring her? It was reported at the time that “police were investigating”.

So much for safety campaign my friend was pulled over and fined by the Police for having a partly worn out number plate on his trailer. Meanwhile a driver is on the loose with bright white blinding LCD lights on the rear of his 4WD and they are not interested. Shame shame

So much for the safety campaign. The other day I as following a 4WD that had a bank of blinding white LCD lights on the rear of the vehicle under the number plate. I had my sunglasses on but was unable to see. My wife took a picture of the vehicle and a reported it to my local Police station with the Rego No. They were not interested and referred me to the RTA. If they had been driving behind this vehicle they would have pulled it over. No wonder the public have no respect for the Police

Seeing the research from multiple sources shows motorists are at fault in car-on-bike collisions (according to independent police assessment) roughly 80% of the time, I hope enforcement effort is spent proportionally, where it makes a real difference to safety outcomes, on driver behaviour.

Too often police take the easy way out and focus on trivialities and soft targets like bells and plastic hats, and resist doing anything about poor driving. Then the government wonders why participation takes a hit..

TimboinOz - 33 minutes ago
Dear Zoya, Australian music - for me - encompasses all the classical performers, as well. So, why not, for you?!... View
Lifestyle 4

TimboinOz - 37 minutes ago
Good information on this issue has been around for at least two decades to my memory. As a former infantryman and an ongoing... View
Food & Wine 4

Nick Swain - 41 minutes ago
This is a challenge to the Fyshwick Markets and their new owners! View
News 201

Adam Best - 43 minutes ago
Josh Anderson We still have demerit points, champ....... View
Adam Best - 44 minutes ago
Steven Miller well yes, actually. If it's a financial penalty for a crime, then that financial pain should be equal for the e... View
Jess Thomas - 2 hours ago
David Deb Cossart that's the thing: people who can afford the fine can afford to speed. Changing this would mean that no-one... View
Food & Wine 1

@the_riotact @The_RiotACT
#Tumbarumba's saddled up for its social event of the year this Saturday 29 January. #Turfclub president John McIntyre says the Tumba Cup's set to be one of the best as #families get together after COVID lockdowns https://t.co/U3sL5ZTdwY (53 minutes ago)