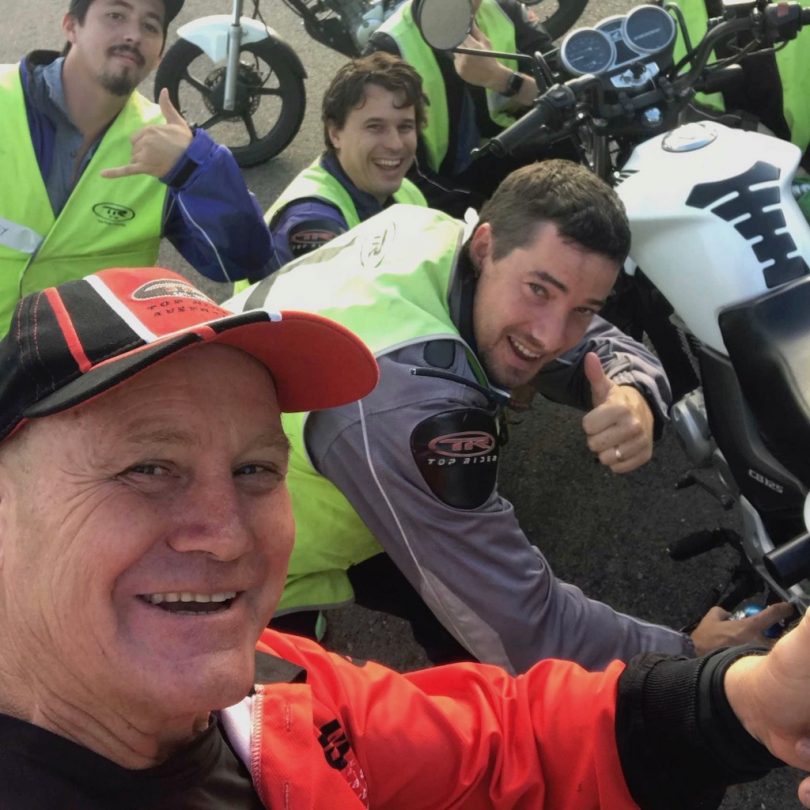 Bernie Hatton is living the motorcycling dream, on the racetrack, with his fellow riders, or taking his surf boards and camping on secluded beaches. Photos: Supplied.

The motorcycling horizon across the Capital Region, from Goulburn to Canberra and including Wakefield Park, has never looked so promising for Top Rider founder Bernie Hatton. On the dirt, road or racetrack Bernie shows riders – from youngster to veterans – how to get as much pleasure from motorcycles as he does.

Inducted into the Motorcycle Hall of Fame in 2005 for his national and international training initiative, the former bike mechanic and racing professional has a strong commitment to the Capital Region. Now based on the Gold Coast, Bernie conducts ride days at Wakefield Park, while maintaining a strong relationship with the Canberra Motorcycle Centre. 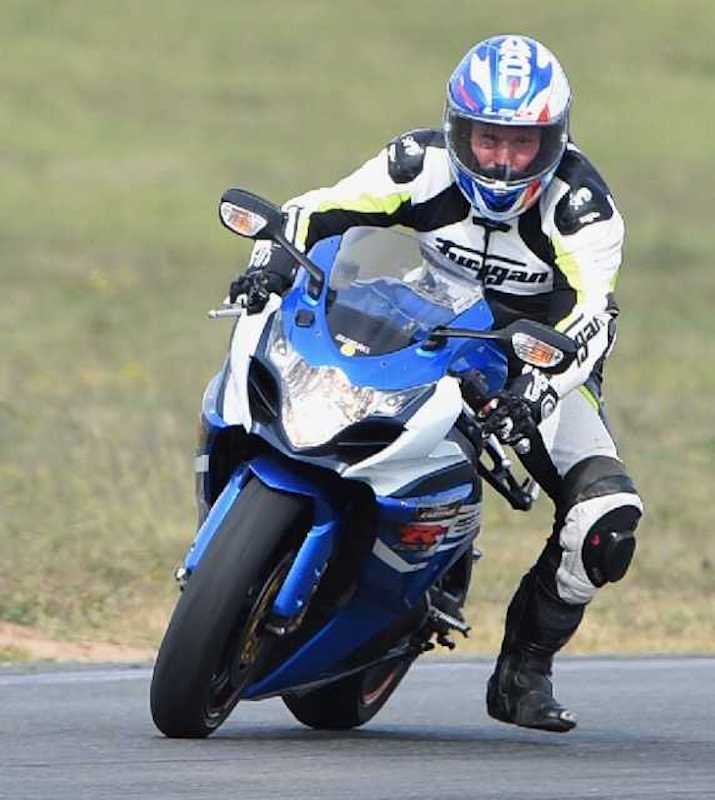 Happiest when on two wheels.

Wakefield Park, where Goulburn supersport rising star Tom Toparis and superbike ace Troy Herfoss regularly shine, is stepping up its bike activities. Herfoss set a new lap record at Wakefield earlier this year, and Toparis leads the IDM series in Australia and is second in the IDM Supersport 600 Championship in Germany.

While the spread of urbanisation is forcing many tracks around Australia to close, Goulburn’s cannot be built out and is destined for an action-packed future.

Australia’s oldest club having formed in 1911, Goulburn’s focus today is attracting youngsters into the sport. Membership has spiked since 2017 and is set to surpass 250.

Raised on Sydney’s northern beaches, where he lost his father in a surfing mishap, Bernie Hatton also began from an early age in the motorbike industry. He moved to Queensland as a Grand Prix racer, and later became a coach, establishing Top Rider Australia in 1985. 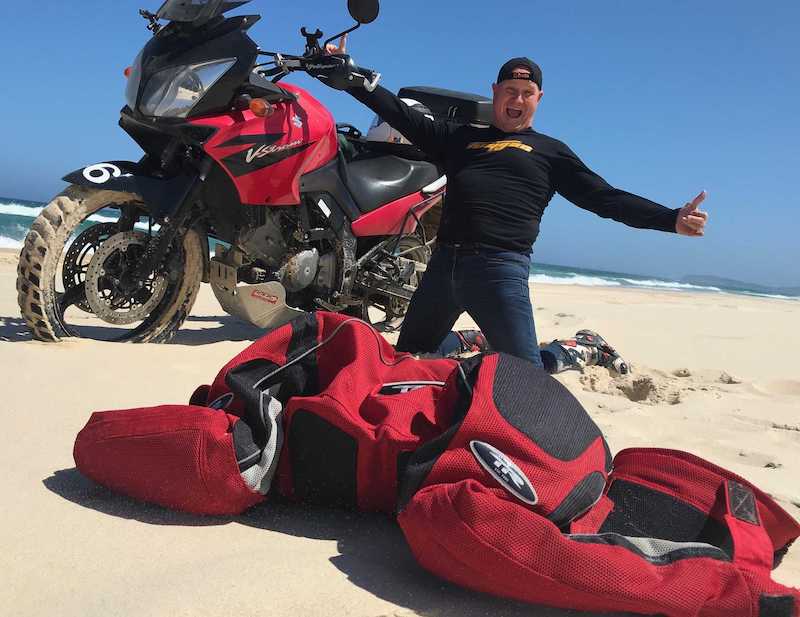 Bernie is always up for an adventure.

Having recently completed a ride-day at Wakefield Park in conjunction with Canberra Motorcycle Centre, Bernie can’t wait to return.

“Canberra Motorcycle Centre must be the most passionate motorcyclists that I’ve come across,” Bernie says. “Dale Brede who owns the place, I caught up with him, he runs the racing team, I find him absolutely brilliant.

“Their support for what we are doing is tremendous, their support for motorcycling is really important. Promoting events, to get people off roads and to the right places to play with speed and find out what their bikes can do I think is an important balance,” Bernie says.

Kane Piper values the relationship with Bernie for the motorcycling community’s wellbeing. “He is a passionate icon of the industry. His courses fit in very well with our goals. We both want more people riding bikes and being safe,” Kane says.

Bernie says motorcycling is a recreational pursuit. While people justify it with logic, the reality is it comes from passion. So many different styles of road and dirt bike riding are available, at age 58 he remains enthralled by what’s on offer out in the open on two wheels. 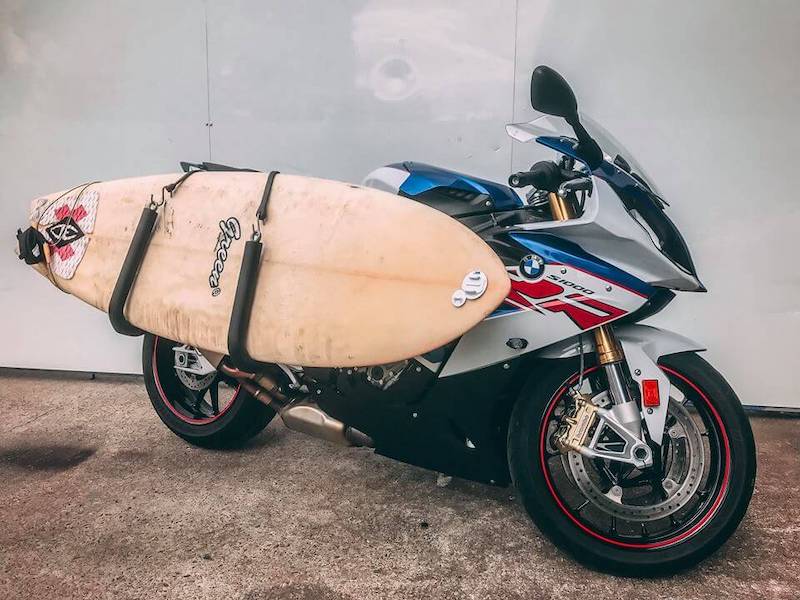 Nothing beats the surf board and bike.

He and a team of professionals deliver courses in Queensland and NSW, many related to obtaining a rider’s licence. Demand for the 42 courses is split evenly between road and dirt bikes.

“People are going away from road motorcycling and really looking at the adventure bike thing, which is nice,” he says. “The sports bike market isn’t as popular as it used to be. The adventure bike, maybe even the cruiser market, are a lot more popular.”

What do you love about Canberra?
Cycle ways and the city’s history especially the war memorial carries a lot of the stories of my family’s experiences.

Dislikes?
The cold, ha ha ha, the standard reply for a Gold Coaster.

Where do you love to eat?
Capital brewing company, interesting beers and I love a good burger.

One question you would like to ask everyone in Canberra?

What is your favourite bike and ride destination?