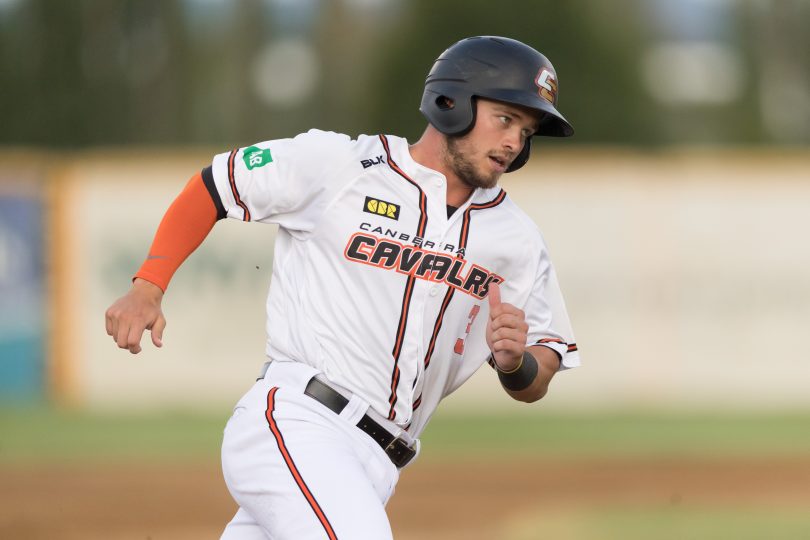 Jay Baum was the Canberra Cavalry’s MVP in his first season in the ABL. Photo: Ben Southall/SMPIMAGES.COM

Canberra Cavalry infielder Jay Baum’s astounding season with the bat has not gone unnoticed after he took home the Australian Baseball League’s top award for the best hitter in the league.

The Cav’s MVP was a strong favourite to take home the ABL Brett Brothers Batting Champion award, after his incredible 2017/18 season, which saw him finish with the best single-season batting average in ABL history – .439.

Baum was up for the Hitter of the Year award against Cavalry teammate David Kandilas, who also had a fantastic season, finishing with an average of .380. The Kandi man hit 12 homers and tied the league high for RBIs with 44 but was no match for his teammate, who broke records in his first season in Canberra.

“Jay put together one of the best seasons Canberra has ever seen. His batting average was the best in ABL history so that’s the headline, but he did everything well offensively,” Mr McMichael said.

“Jay is also a tremendous young man. He plays with a smile on his face and the Canberra community really appreciates that.”

The 25-year-old spent four years in the MLB system, but the Seattle Mariners released him last year.

Baum came to the nation’s capital aiming to show the Mariners they made a mistake by letting him go.

The MVP has been lighting up ballparks all over Australia this season with the Atlanta native only held hitless in a mere four games this season. Baum was also the 2017/18 ABL All-Star Game MVP this season.

Baum will parlay his success in the ABL into Sioux City where he will play for the Explorers in the American Association of Independent Professional Baseball during the American baseball season. 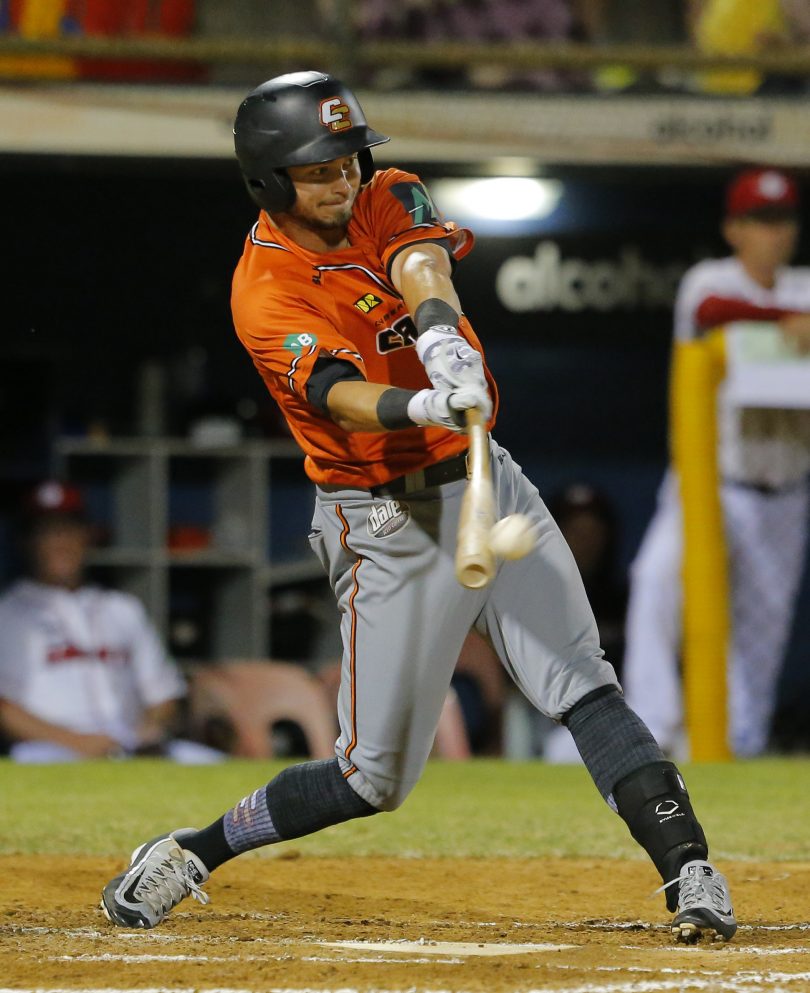 Julie Macklin - 3 hours ago
James Dof And no one has ever expected trades people to cycle from job to job with their tools. That is just a straw man argu... View
Heather Grant - 5 hours ago
Suggest they hire extras from Deane's and Keir's (and anywhere else close by that have spare buses for hire). Instead of look... View
Ashley Wright - 9 hours ago
Cary Elliot Johnson do you have an example of such a city but when defining decent? define it from a daily users point of vie... View
Opinion 47

Amanda Evans - 6 hours ago
Good idea, but what about all the other businesses that suffered because no one was around because of the smoke? View
Adele Craven - 17 hours ago
More effective for workers and patrons would be doing more to reduce vehicle emissions View
Lisa Logue - 22 hours ago
I feel sorry for the staff expected to work outdoors in hazardous air quality. View
News 63

@The_RiotACT @The_RiotACT
The Orroral Valley fire is at emergency advice level & continues to burn out of control nine kilometres south-west of Tharwa Village and 15 km from the nearest suburb at Banks. The Emergency Services Agency said the size of the fire is about 2581 hectares https://t.co/AKjg1MNHZC (2 hours ago)

@The_RiotACT @The_RiotACT
Have you seen #Moruya's Stumpy family and their tribute to emergency services personnel and volunteer firefighters? Here's the full story https://t.co/yZxyiWykBz (3 hours ago)