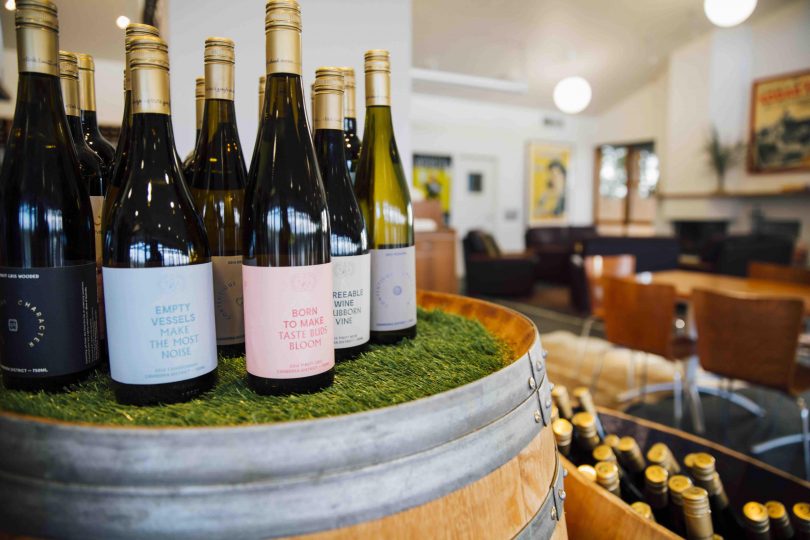 Every story has a beginning, and the story of Contentious Character vineyard and winery had its start at the original Lambert Vineyards, in the Wamboin hills of NSW. This is where the first plantings were made in 1990, and the 20-acre vineyard became known for producing complex wines, with distinctive ‘old-world’ character. After 24 years, the original ‘old world’ winemakers moved on, and over the last eighteen months the new team behind Contentious Character moved in and set about making the place their own.

They overhauled the kitchen, tended the grounds and gave the restaurant a facelift but they didn’t touch the old vineyards. Instead, they’re continuing in the tradition of cool-climate wine-making but throwing in a few twists. Contentious Character is building on the Lambert reputation for award-winning boutique wines, which are still available to purchase as the ‘Founders Museum Collection’.

The year 2015 was big for the winery, as it saw the first of the Contentious Character range, made by Jeremy Wilson, head winemaker, and Ashley Horner, consultant winemaker. They’ve adopted a contemporary, ‘new world’ style, offering the perfect counterpoint to the original Founders Museum Collection of aged vintages. In line with their – ‘Contentious Character,’ they have added some cheeky, fun new labels full of colour and sass to match the new range. 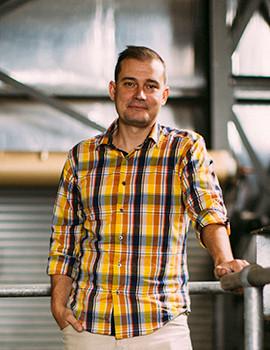 Jeremy said about his journey in winemaking that, “As a Canberra boy who grew up with an appreciation of wine and food, over the years I was able to indulge in said passions. As a joke and almost off-hand dream between my partner and I, we always wanted a winery and if there was ever one that came up for purchase it would have been Lambert’s Vineyard that we wanted. We never in our wildest dreams expected that it would come up for sale, that we would be in a position to put an offer on it or, let alone that they would accept. Now we are in the thick of it living our wildest dream.”

To make a good wine, Jeremy says, “It all comes down to the quality of the fruit, all we do as the winemakers is refine what is already there. We’re blessed to have great fruit on the property and so far our last two seasons have gone very well.”

“The new range released thus far will essentially be our take on some classic grape varietals, with a focus on showing off the fruit from our vineyard and wines that not only drink well now but will also get better for those wanting to cellar,” said Jeremy, revealing that his pick of the new range is the Pinot Noir 16 – “[It’s] my favourite – the subtle savoury nuances and cherry flavours with the balanced tannins really make for a nice drinking experience.” 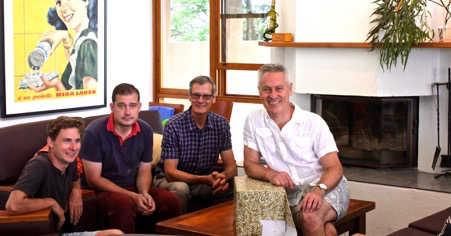 Rightly so, the entire team behind Contentious Character including owners Tony Mansfield, Ben Jarrett, Jeremy Wilson and Ross Appleton are extremely proud of the new 2015-2017 Contentious Character range. To celebrate, they are hosting a trade launch for those working in the food and beverage industry on Monday 18th June – 4 pm to 6 pm at Casino Canberra, with tasting wines paired with delicious morsels prepared by Natural Nine.

This is an opportunity to meet the team and learn about the process and sample their new range, with Jeremy saying: “It’s all about the experience – who better to tell you about a wine than the person that makes it?”

“With over 30 wineries, Canberra has come onto the map with some really great wine being produced by some absolutely brilliant winemakers. Continuing to visit these wineries and purchasing their wines supports us as an industry and strengthens the wonderful experience we deliver to you.”

For trade customers interested in attending the 2015-2017 Contentious Character trade launch, send your RSVP to info@contentiouscharacter.com.au with your names, roles and the business you will represent.

The range is also available for purchase at the cellar door and via the website.

Candace Driscoll - 12 minutes ago
Bel Lee The whole system needs an overhaul. It makes no sense to charge the kids, but potentially it sounds like they are mak... View
Candace Driscoll - 16 minutes ago
Lauren Herbert Wow that is a lot of money you have to be making. Must be above the average wage. View
William Coats - 21 minutes ago
The Act Greens who have supported labor for all but one of the last five terms of government went to the last election with t... View
Property 6

The scaffolding and temporary fences have come down on the corner of London Circuit and Constitution Avenue to reveal the...
Opinion 48

@The_RiotACT @The_RiotACT
Veteran organisations have welcomed the Federal Government's announcement that it will establish a Royal Commission into Defence and Veterans Suicide https://t.co/qpHIPzY1Vh (1 hour ago)