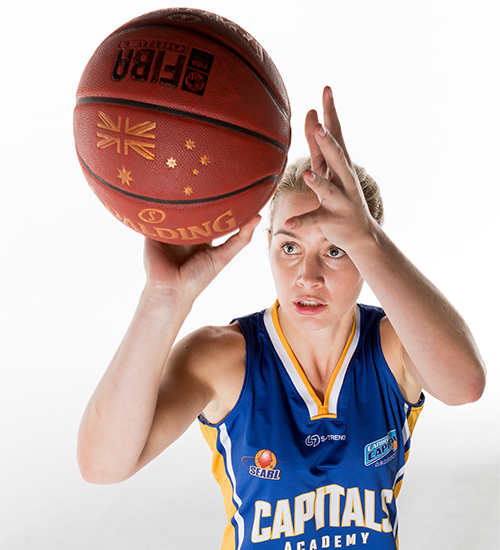 Sarah McAppion has always been a local, even by distance. Canberra born and bred Sarah spent the majority of her youth playing basketball, whether through the AIS, Weston Creek Woden Dodgers or simply playing with her friends.

Realising her dreams at such a young age, the guard made her intentions clear. McAppion led her under-14’s ACT women’s side to a historic result at the National Championships in 2003.

The competition underdogs went far beyond expectations and a narrow grand final loss against one of Australia’s best ever basketballers in Liz Cambage, saw the ACT side step up to the podium to receive the first silver medal in ACT U14’s history.

The Canberran didn’t stop there. She couldn’t, her talent wouldn’t allow it. Just a few short years later while playing in a cold Tasmania at the under-16’s National Championships, fate would have her father sit next to an American division one talent scout from Troy University. From there the story could write itself. Sarah received an invitation to attend Troy University in 2008, not only on a full scholarship to receive a great education, but also to represent Troy Trojans in the NCAA Division I tournament.

Although the Aussie import came off the bench in her first year with the Trojans, it didn’t limit her experience. The 180cm workhorse successfully made an impact coming on as a substitute, so much so that in the years to follow Troy rewarded her with more and more starting opportunities.

In the 2012-13 season, Sarah played in all 31 Trojan games, starting 27. She averaged career highs in all statistical recordings, including shooting a Trojan high 52-percent from the field.

Growing up Sarah always aspired to play for her hometown. After playing four years of college basketball in the United States, she was given that very opportunity as a player with the Canberra Capitals WNBL side.

Not only was she given the chance to play for her dream team, but also play in one of the top leagues in the world. However, as fate previously worked with her, it would now turn the table.

During a workout in the early hours of the morning, McAppion pushed herself too hard and after one bad lift, she knew everything would change.

She bulged two discs in her lower spine. The excruciating pain would forever influence and dampen the game she once loved.

“It’s been really hard, since then,” says McAppion. “I had to make multiple decisions based on my physical state rather than what I wanted to do.”

Even though the tough and energetic sharpshooter wasn’t able to play for her beloved Capitals, she was given an opportunity with WNBL rival, the Bendigo Bank Spirit.

The chronic back pain Sarah experienced was immense, although she had battled heel fractures and muscle tears, this time is was too much.

McAppion had to make a call and while playing in Bendigo, she decided that stepping away was her only option.

Spending a season on the sideline recovering, she decided to give basketball a second chance and walked back onto the court. McAppion may have re-entered the arena, but she did so as a different player. Overcoming the injury wasn’t easy, however getting back to playing at an elite level was almost impossible.

The former Trojan made multiple adjustments in her life to enjoy playing the game so many love. McAppion has always put her team first and if she has to train differently or play differently to make a contribution, she won’t have to be asked twice.

Woden Western Creek Dodgers Premier League coach, Rob Parker, has known Sarah McAppion since she was just four years old. Parker has gotten to know the Dodgers veteran well and isn’t surprised she continues to impress the people around her.

“She’s so driven and so tough, she’d never tell anyone she was in pain,” says Parker. “Even though I could tell she was really struggling, she would continue to push herself.”

“Even when she was physically unable to play, she would act like an assistant coach with me. Helping the other girls, being positive no matter the situation.” 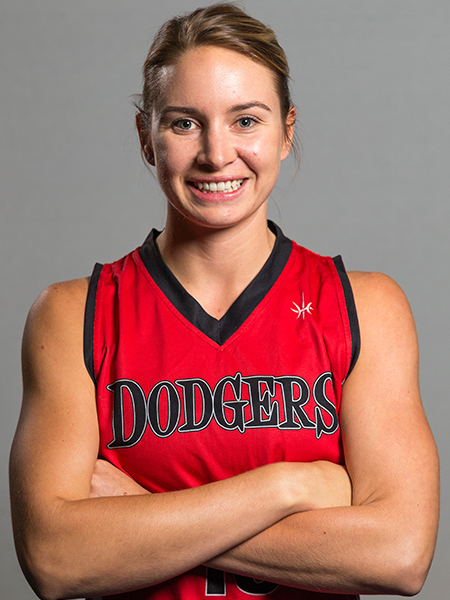 McAppion knows she may never get an opportunity to represent her country, but after realising her position as a veteran player, she isn’t worried. The 27-year-old now looks to give back to and help the young athletes around her.

But after making a successful transition into the Canberra Capitals Academy side, where she’s started every game this season, McAppion has changed as a player, but has stayed true to who she is.

“I see my role as an on-court captain and off-court captain, helping the girls with recovery off the court but also help encourage the team at training and in the game,” says McAppion.

Sarah McAppion’s strength and resilience is what makes her irreplaceable. Although it’s possible for her injury to flare up without warning, there’s no doubt she will push herself until the very last whistle.

What a great local sports yarn! There are so many amazing female athletes who don’t get their just recognition of their efforts and personal sacrifices (and many successes) in the mainstream media. Great to see more of these stories being shared!

@The_RiotACT @The_RiotACT
Mothers and children are being forced to sleep in their car as access to emergency housing in Canberra reaches a crisis point, says the @WomensLegalACT https://t.co/xdyOQdAxb5 (49 minutes ago)