Andrew Barr yesterday put forth word that the star of the 2014 Enlighten festival will be Charles Bradley with Le Dîner en Blanc in hot pursuit:

Among a stellar line-up of events between 28 February and 8 March, Enlighten will feature Canberra’s only concert by the Screaming Eagle of Soul, Charles Bradley.

The former James Brown impersonator, who defied all odds to become an international success at the age of 62, will perform a free concert at the National Portrait Gallery on Saturday 1 March.

Charles Bradley was the subject of a highly acclaimed documentary Soul of America that follows his extraordinary life from being homelessness and horrifically losing his brother to becoming internationally recognised for his music.

Enlighten 2014 will also see hundreds of diners, dressed in white, converge on one of the capital’s iconic locations for a pop-up picnic as part of the capital’s second annual Le Dîner en Blanc on Saturday 8 March.

These are just two of the many fantastic events – including live performances, blockbuster exhibitions, exclusive dining events and a host of surprising experiences – which will be set against a backdrop of stunning architectural projections on some of our most iconic attractions during Enlighten 2014.

Cultural institutions across Canberra will also open their doors after dark as the Parliamentary Triangle is transformed into a vibrant hub of activity featuring free entertainment such as spectacular street artists and enchanting musical performances. 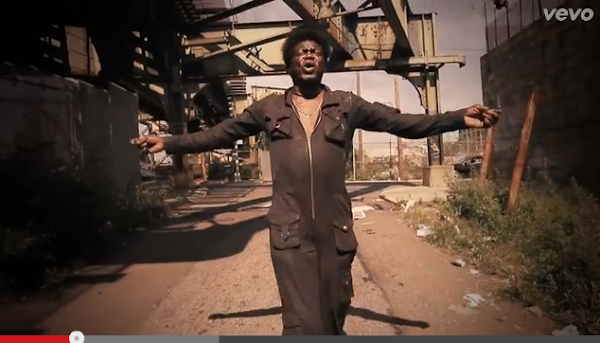 Noah Gaming - 2 minutes ago
Susan Williams he chose not to. He has freedom of choice as do all Australians. This does not however, then give you the free... View
Renea Hazel - 1 hour ago
Judith Devitt he is an excellent school principal, this is disappointing :( View
Kieran Angus - 2 hours ago
Rade Kosa yeah and? We get boosters of a bunch of vaccinations? Tetanus is a good example. View
Community 25

Jodie McAlister - 5 minutes ago
Pure Gold! View
Lindi Loo - 3 hours ago
Are these two 'paid actors'? If not, they should be! Brilliant 😂👏... View
Emily O'Shea - 3 hours ago
Jen O'Shea watch the video in this View
Opinion 20

JS9 - 6 minutes ago
Que? Where did we suddenly steal an additional 2 senators from ha! Both sides of government at federal level have shown scant... View
chewy14 - 50 minutes ago
4 ACT senators? I must have missed that change, haha. Although I agree with you about the base politics and disingenuous argu... View
Acton - 3 hours ago
Zed is only one of 4 ACT senators so why don't one of the others sponsor a bill? It can't just be the fault of the Morrison L... View
Opinion 10

Sebastian Macri - 22 minutes ago
Wondering what that may achieve. Covid is here and not going away... View
Sarah Emmerson - 33 minutes ago
Shane Jasprizza that’s exactly my point too! View
chewy14 - 59 minutes ago
Even though I don't agree with the proposal, your example it not close to being a good comparison. You eating yourself to dea... View
News 1

Sam Oak - 32 minutes ago
What about the hazards these birds create for motorists. Hope the driver is okay and the damage to his car was covered by ins... View
Sport 133

Eric Tenthorey - 40 minutes ago
Alan Vogt interesting...in Montreal at mt rigaud you had to pay to access the trails...no lifts. View
Alan Vogt - 1 hour ago
I have travelled and raced at a good number of mountain bike destinations in British Columbia (including Squamish, Whistler,... View
Jim Reid - 3 hours ago
ACT Govt doesn’t need any more $$ they’re literally the worst financial managers and they wouldn’t be transparent as to... View
Lifestyle 10

Jon Billows - 3 hours ago
Warwick Bradly Canberra doesn't have a price cycle like other states, just constantly expensive. Other states prices fluctuat... View
Warwick Bradly - 3 hours ago
Did you not read the article? All cities are copping higher petrol prices. If you check Petrolspy.com, you'll see Canberra ha... View
show more show less
*Results are based on activity within last 7 days

@the_riotact @The_RiotACT
The ACT Property Council and @MBA_Canberra are concerned that the Territory's #construction sector - which they say could lead the economic recovery after lockdown - is suffering from a loss of skilled #workers to Melbourne and Sydney https://t.co/VM8wwQwYsS (54 minutes ago)