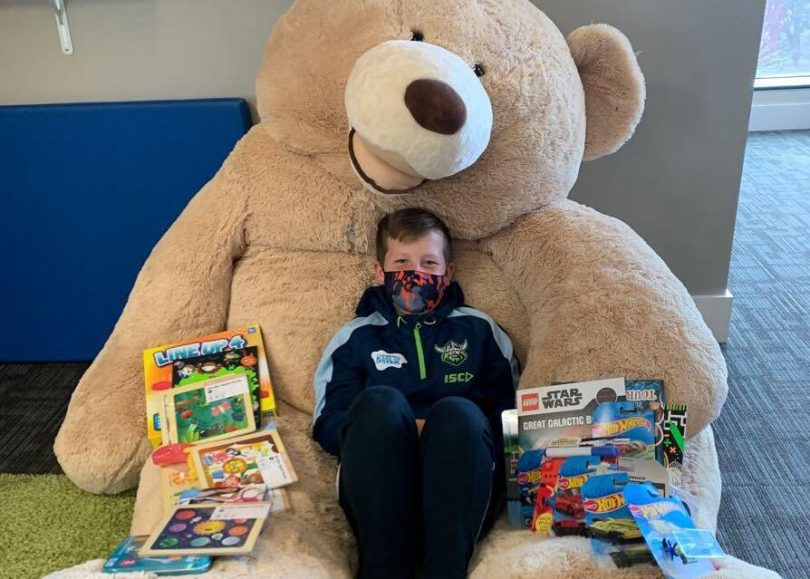 Every evening before recycling day – rain, hail or shine – Charlie Brown goes around his Tuggeranong neighbourhood to collect recyclable bottles before he cashes them in for charity. Photo: Dani Moon.

While many Canberrans are familiar with the concept of delivering newspapers, 10-year-old Charlie Brown starts his neighbourhood rounds off with empty pockets.

Instead of dropping off junk mail and newspapers, he picks up unwanted bottles and other recyclables from his neighbours in Tuggeranong so he can cash them in through the ACT Government container deposit scheme to purchase presents for seriously ill kids at Ronald McDonald House.

Most recycling weeks, Charlie goes around by himself on foot with a big trolley, although his mum is happy to drive him when the weather is too wet or cold.

He says he got the idea for his project because his mum, Dani Moon, was already volunteering at Ronald McDonald House and he wanted to help, but was too young.

“At school, we have been talking a lot about recycling more to help the planet,” says Charlie.

“It was like a lightbulb moment. That afternoon I went home to mum and said, ‘Let’s start a recycling project in our neighbourhood.'” 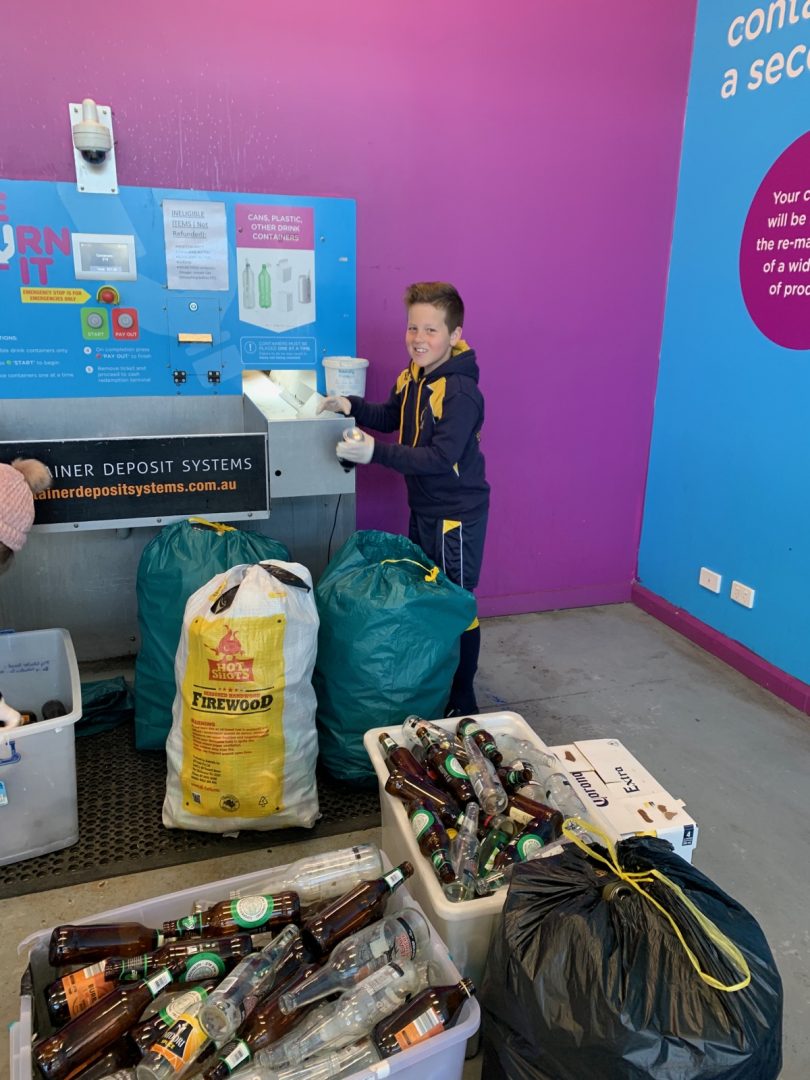 Charlie banks a little of his earnings for his personal savings fund for the future, while the rest goes towards presents for the kids at Ronald McDonald House.

He says when he goes into Ronald McDonald House he feels proud to give back to the community and make sick children smile.

“When I was a baby and a toddler, I spent some time at Canberra Hospital and mum said the volunteers really helped her when she was sad or feeling lonely,” says Charlie.

“Often they would give her a break and read to me.”

All of the neighbours who are involved in Charlie’s recycling project tend to do their own triaging so they work out which bottles are eligible for 10-cent refunds through the ACT Government’s container deposit scheme, and then leave them out by their letterboxes.

READ ALSO: Wondering why there’s a spike in interest in echidnas? Let’s get straight to the point

Currently, Charlie has five households onboard that leave their recycling out every week, and he’s recently done a letterbox drop to let people in the area know who he is and what he’s up to.

“There is one generous lady who often will come out and say hello when she sees me collecting the recyclables, and I’ve also asked my nearest friends and family if they could get involved to help,” he says.

Charlie also says he and Dani are always thinking of ways to let more people know about the project.

“Mum helps me write regular update letters with more photos so my neighbours can see how much of a difference the project is making,” he says.

Dani says she’s very proud of her son, and she tries to encourage him to complete his trips around the neighbourhood with his trolley.

“What I love is that Charlie is not only contributing to the Ronald McDonald House cause, which is so close to my heart, but it creates a sense of responsibility because he has to do his collection every fortnight from those people who are committed to put them out,” she says.

READ ALSO: Pizza and board games make for a fun Saturday night at Guild

Dani says if more people want to get involved from beyond their suburb, she’d be happy to arrange pick-up of the recycling in the car at a mutually convenient time.

Ronald McDonald House aims to support the needs of seriously ill children and their families during what can be an incredibly stressful time.

In Canberra, the house is located at the Centenary Hospital for Women and Children and provides free accommodation to families who have to stay out of home for a long period of time with a child in hospital.

If you want to get involved in Charlie Brown’s recycling project, email Dani Moon at danni2424@hotmail.com.

Jocelyn Martin - 43 minutes ago
Unless you can get past our need to make everything look like the inside of Woolworths it will never be like a market in Euro... View
Opinion 97

@the_riotact @The_RiotACT
. @GreenCaffeen is already here in the ACT, but now you can use your environmentally friendly #cup in Queanbeyan, Bungendore, Braidwood and beyond https://t.co/oomlltUS5r (39 minutes ago)