Cheer for a cause – ACT Regional Cheerleading Competition 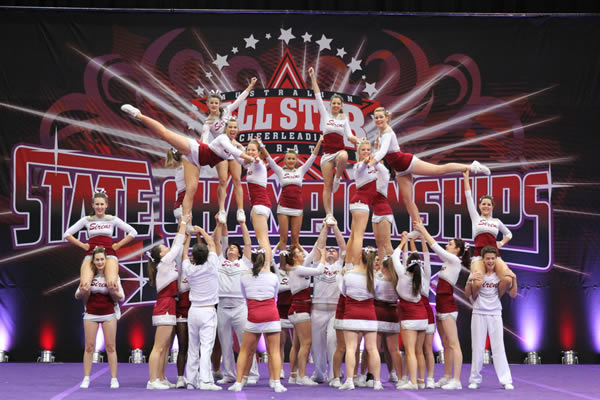 Canberra cheerleaders will battle it out at the ACT Regional Cheerleading Competition at Tuggeranong Basketball Stadium on August 17, with high-energy routines, a good dose of glitter and a whole lot of pizzazz.

In its third year, the competition continues to grow, with coordinator Leanne Shea Langdown expecting close to 400 athletes aged from three years to 50 years in divisions such as cheer, pom, hip hop and stunt.

“Every single competition squad in the ACT and surrounding area gets involved. It’s so great to see that sense of community spirit and camaraderie among the squads,” Leanne says.

The ACT Regional Cheerleading Competition differs from many other cheerleading comps in that it donates a significant portion of profits to charity, and subsidizes specialist coaching for the development of Canberra’s competition cheerleaders. Last year the competition raised $4000 for Ronald McDonald House Canberra and hopes to exceed that figure this year.

ACT Regional Cheerleading brings all seven ACT based competition squads together, plus a team from Goulburn, to not only compete against each other, but to also collaborate together for the greater good of the sport and the local community.