Chisholm to get a bulk billing clinic 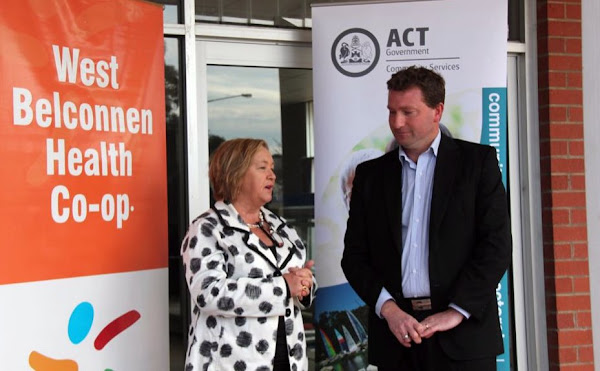 Joy Burch has announced that the West Belconnen Health Co-op is going to open a bulk-billing GP clinic in Chisholm with start-up funding from the ACT Governmetn and the Bendigo Bank.

ACT Minister for Community Services and Member for Brindabella Joy Burch said the new centre in
Chisholm is the result of an innovative partnership between the community, corporate sector and the
ACT Government.

“This initiative is great news for Tuggeranong residents who will benefit from a bulk-billing GP service in
a convenient location,” Ms Burch said.

“The ACT Labor Government is proud to support this proven service that furthers this Government’s
policy objectives of bringing affordable health services to where people need them.”

The ACT Government is providing $200,000 in start-up funding, and Canberra’s Community Bendigo
Bank branches are providing $100,000 in capital funds to support the Co-op’s expansion into
Tuggeranong.

The Chisholm clinic is expected to open early next year with two doctors, with plans to grow to 4 doctors. It is the co-op’s first centre outside Belconnen since it commenced in 2010. The Co-op has over 15,000 individuals in its membership accessing 11 doctors across its 4 clinics in Canberra’s north.

But will the concerned citizens of Chisholm (ensconced in their government housing) tolerate lower income earners seeking healthcare?

[Image courtesy Joy Burch’s office: Joy with West Belconnen Health Co-op Chairman Michael Pilbrow on site at the location of where the new clinic will be (behind the Chisholm shops).]

When employers don’t require a medical certificate for colds the people would stop wasting everyones time. It is not self entitled to want to be able to use a sick day when you are sick.

When employers don’t require a medical certificate for colds the people would stop wasting everyones time. It is not self entitled to want to be able to use a sick day when you are sick.

shame that these things only happen at election time…

These are the sort of places that will hopefully assist in taking the load off TCH ED. Hopefully they are open on weekends (or at least Saturdays) too. Sounds good!