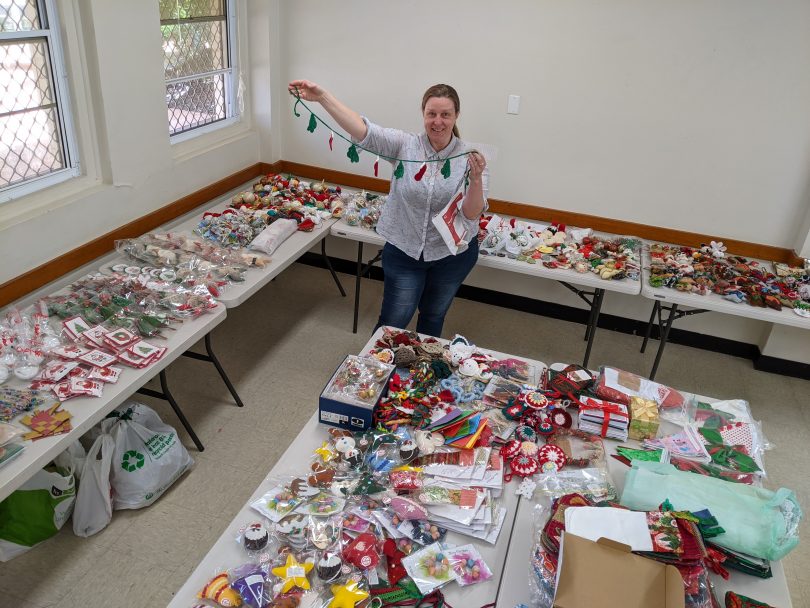 From Girl Guides in the Northern Territory, to UK-based crafting groups and an 87-year-old mother and her daughter who collaborated on knitted and beaded Christmas trees – the organisers of the Remake Christmas project could hardly have imagined just how many people would get behind the good cause.

Remake Christmas was born in the aftermath of the devastating Black Summer bushfires following Juanita Watters’s experience sifting through the wreckage of her parents’ storage shed in Cobargo and finding boxes of twisted up metal and glass which once held treasured family decorations.

For many families, losing homes also meant losing part of their family history – their Christmas decorations.

Juanita says a lot of the project focuses on the fact every family has decorations their kids or grandkids made that you simply “can’t get rid of” no matter how old, torn and cracked they become.

After months of love and care spent knitting, quilting, embroidering and crafting decorations of all kinds, organisers Juanita and Bianca Brownlow organised a packing day on 8 November. The decorations will be loaded up and sent off to the Cobargo Recovery Centre and Quaama Recovery Centre after 28 November.

Juanita and Bianca say they are still happy to receive donations.

After a mammoth packing effort, the decorations were put into individual packs to be chosen by the recipients. Juanita says there were almost 100 decoration packs and 50 packs of cards, as well as items such as table runners, stockings and bunting.

Both women were impressed by the the sheer amount of work and effort that had been put into each of the creations.

Elizabeth, from the UK, knitted Santa’s washing line, including his socks and Y-fronts.

Annette, in Western Australia, created ‘Aussie’ baubles with ‘melted’ snowmen inside – and a carrot nose, twig arms and coal eyes floating around inside. 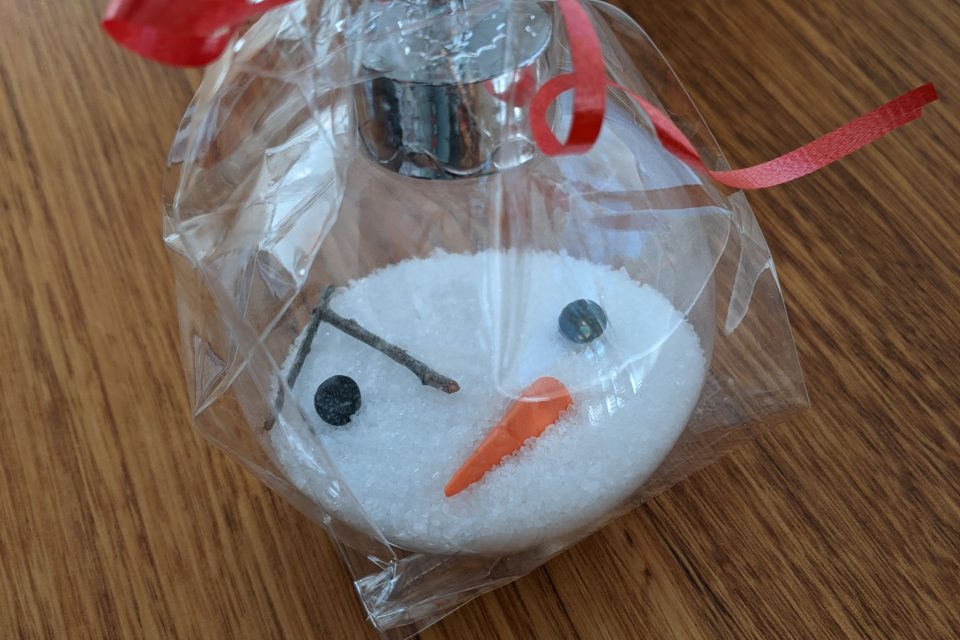 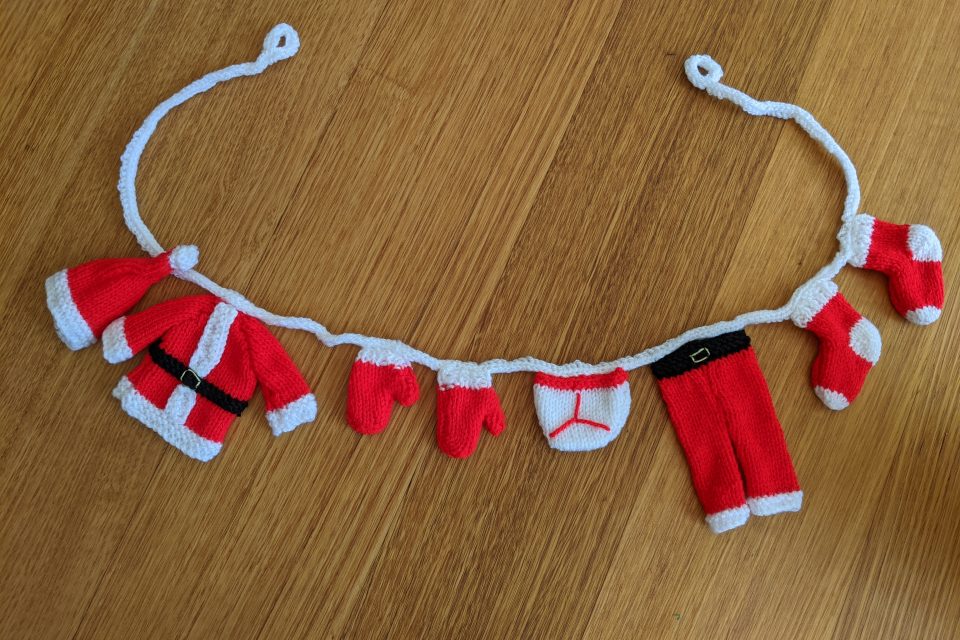 Santa's washing line, including Y-fronts sent over from the UK. Photo: Supplied. 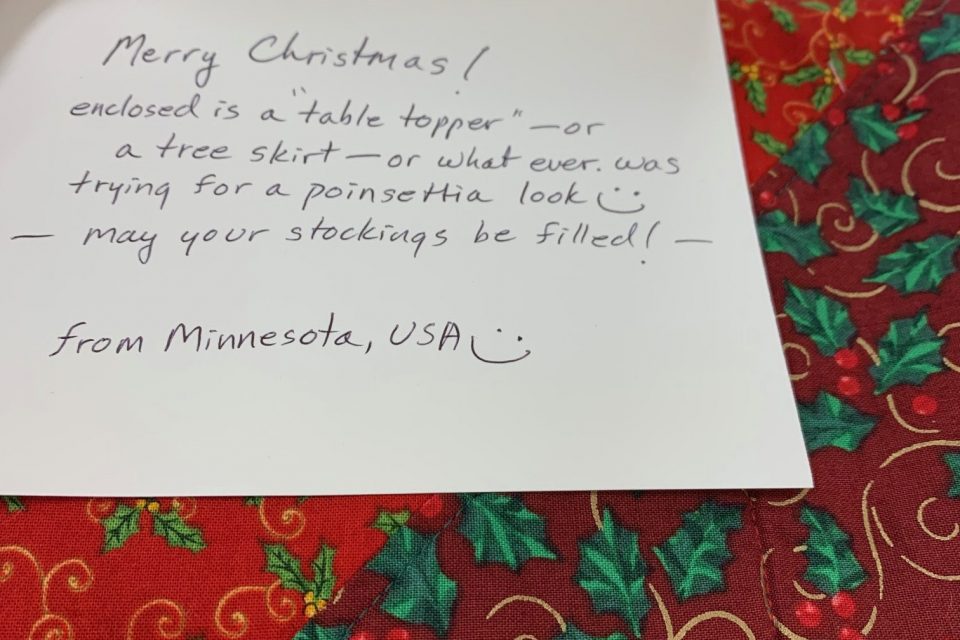 A handwritten note sent all the way from the USA. Photo: Supplied. 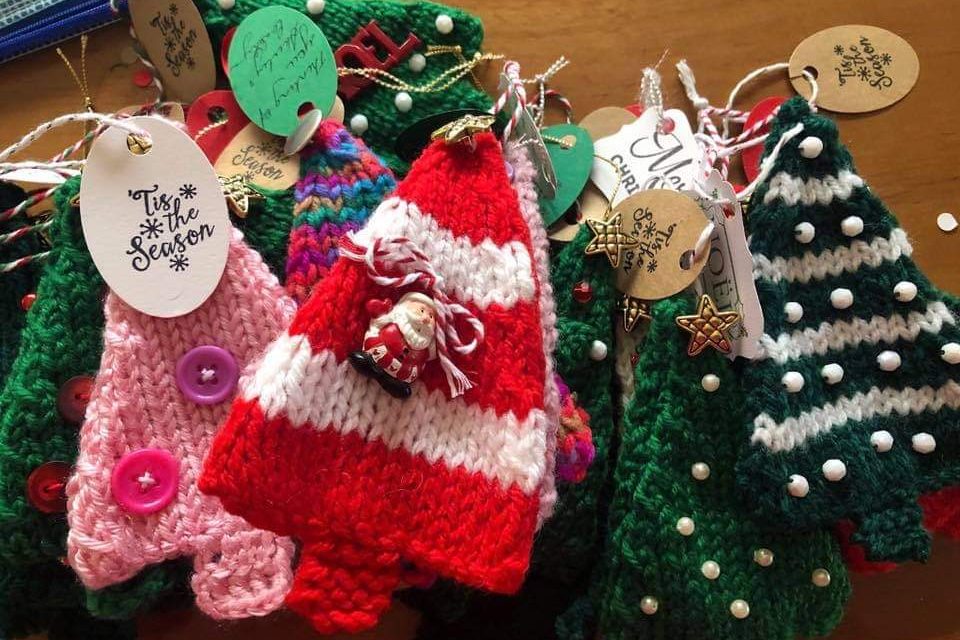 An 87-year-old woman and her daughter collaborated to make these knitted and beaded Christmas trees. Photo: Supplied.

Juanita says there were times her and Bianca became “really emotional” during the packing. Sometimes it was because of the beautiful handwritten notes they received. One was from a woman in Minnesota, US, wishing the recipient a merry Christmas with filled stockings.

Juanita says they have been receiving offers for donations of money from people who don’t consider themselves to be crafty, or who simply haven’t had the chance to get busy creating, especially if they are overseas and only just hearing about the project now.

A call is also being put out for donations of stamps, or money if the donation is coming from overseas. The idea being they could give boxes of handmade cards with stamps already included. That way it won’t cost the recipient any money to send out the Christmas cards.

The project has received a substantial reaction, both at home and overseas. The Remake Christmas Facebook group has 688 members who hail from all four corners of the world. Many are from Canberra and the NSW South Coast, but also other cities in Australia. Some members are from as far afield as New Zealand, US, UK and Europe.

The group has been used by members to gain inspiration for the project, to share materials and to share completed photos of various crafting projects.

So lovely! People are so clever and creative, thanks for sharing this story 🙂