After the assault, the victim had post-traumatic amnesia that lasted for 38 days. Photo: Michelle Kroll.

After a man was punched in the head in a Canberra pub he was hospitalised with life-threatening injuries and spent three days in an induced coma before waking up with temporary amnesia.

Justice Chrissa Loukas-Karlsson summarised the prosecution’s case, saying on the evening of 17 August 2019, Daniel was playing pool at the Civic Pub with his partner and friends.

But when Daniel and the victim’s girlfriend were taking shots at their tables their pool cues got in the way of each other’s, tension escalated until the victim walked over to speak to Daniel’s girlfriend across a table.

The man immediately fell to the ground unconscious. Daniel turned back to his group and finished his drink before he and his friends tried to leave.

Justice Loukas-Karlsson said the victim was taken to Canberra Hospital with life-threatening injuries and active resuscitation was needed to save his life.

The man’s injuries included a severe traumatic brain injury, as well as post-traumatic amnesia that lasted for 38 days after the attack.

Justice Loukas-Karlsson said Daniel admitted he punched his victim in the head and pushed him in the throat or upper chest area.

In a judge-alone trial, he pleaded not guilty to a charge of recklessly inflicting grievous bodily harm. His defence team argued the issue was whether or not he had “the mental element” required for the charge.

His defence said prior to punching his victim he did not think about the possibility of causing harm and that he was surprised he had knocked his victim unconscious. He had said: “I didn’t expect that. I just expected him to go away from the situation.”

In an interview with police on the night of the assault, Daniel admitted he hit his victim, but said he felt he had to “out of self-defence”.

“I thought I was either going to get attacked or I was going to attack,” he told police.

“I don’t think I hit him ridiculously hard. I think I just [hit] him in the right spot”.

Justice Loukas-Karlsson sided with Daniel’s argument, saying she was not satisfied he “realised the possibility of really serious bodily injury occurring, as opposed to some injury”.

“On all the evidence I am not satisfied beyond reasonable doubt that the accused was reckless as to inflicting grievous bodily harm,” she said.

Sentencing will occur at a later date.

Not even that hahaah 500 hours of community service for almost killing someone and undoubtedly changing his life. Check the news

And we wonder why violence is normalised in society when people can punch someone in the head but claim they didn’t know it could seriously injure them.

No doubt, the perpetrator will now receive a light sentence whilst the victim has to suffer for the rest of his life. 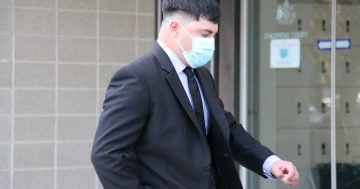