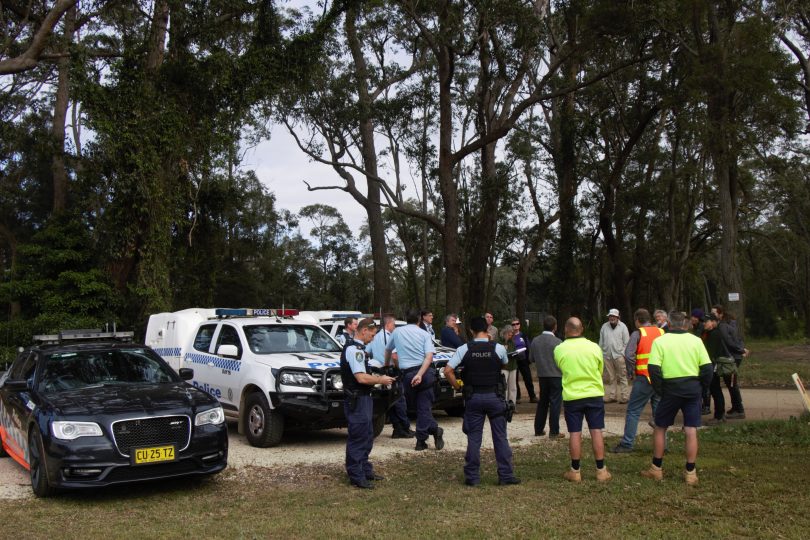 The trees, along a gravel road running beside the quarry just outside Congo, are part of an endangered Sand Bangalay Forest, providing habitat for the nationally threatened Greater Glider population as well as other native animals that use the hollows as homes.

The owner of the quarry has previously been denied permission to remove the trees and the gathered residents were concerned that council was undertaking the works in an effort to bypass the laws that protect them.

Quarry owner Roy Shepherd said the trees needed to be removed as he was having difficulty obtaining public liability insurance to cover the roadway through his property. 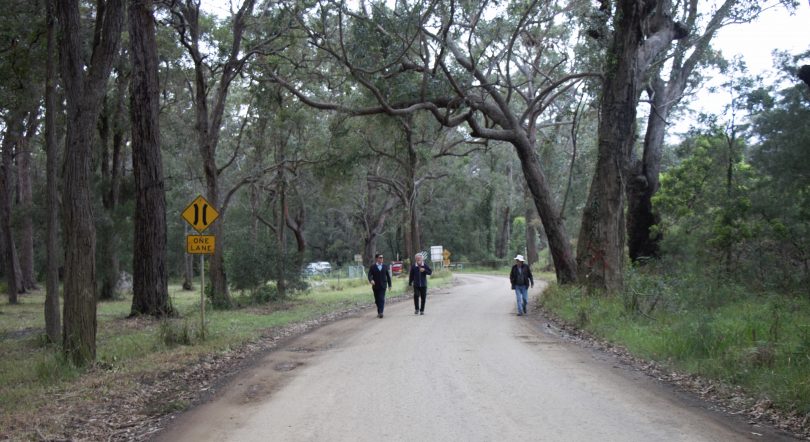 The section of road through Bangalay forest. Photo: Region Media.

In a letter to residents dated Friday 26 November, council said the trees were a safety risk and needed to be removed.

The speed limit on the road is 40kph and there is no record of an accident on the short stretch that has been used by local residents and visitors for more than 30 years.

The dispute rests on the application of Section 88 of the Roads Act 1993 given the physical road is within private property and the public passes along this road at the discretion of the landowner.

READ ALSO: Heavy regional rainfall has Lake George as full as its been since 2017

Despite the community’s pleas to reconsider these works, the road was closed ahead of the council-contracted tree loppers arriving early yesterday morning. 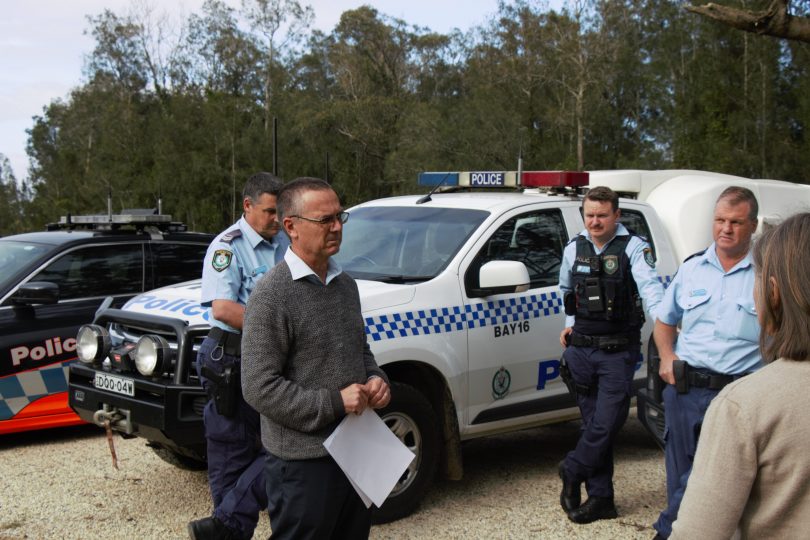 Councillor Anthony Mayne was on site and said he was disappointed the issue had progressed during council caretaker mode.

“This should have come to the roads traffic committee, a committee that I chair,” Cr Mayne said.

“The election is six days away. Process, transparency and engagement are clearly an issue here. I support any action being deferred so that a new council can review.”

Mr Sharpe told the assembled group, “the council is not here to consult, we are here to inform”.

After a number of questions from the protesters, Mr Sharpe offered to cease work for 48 hours while both parties seek legal advice on the matter.

Original Article published on About Regional.

Thanks, I wasn’t aware of this. Those who care about the Eurobodalla bush should log in to the disgraceful “Dalmeny Land Release” and give council both barrels.

Sam Randall - 49 seconds ago
There seems to be a lot of people bitter about the CHOICE they made, now they direct their anger at the people who made the r... View
Camille Martin - 13 minutes ago
Milenko-Slavenka Jovanovic then what is it to you either? View
HiddenDragon - 25 minutes ago
It would be easier to take seriously the federal government's utterly over-the-top reaction to Djokovic's stance on vaccinati... View
Opinion 142

Errol Jobsz - 38 minutes ago
$10 million won't go far on that road. View
Brett Griffiths - 2 hours ago
Excellent! It’s the best bypass road, onto Jerangle then Bredbo, for when the Monaro highway is shut down, as it was recent... View
Topher Garlik - 2 hours ago
10mil that will fix the pot holes, if they serious can double that 💰 View
News 3

Farhan Khaliq - 43 minutes ago
Colin Parton story for your next book 😝 View
David Malcolm - 48 minutes ago
Well, isn't that ironic. View
Stephen Walker - 55 minutes ago
About time - dodgy to the core. We were lucky. View
News 5

JC - 49 minutes ago
Is it the place of government or media to commemorate someone in that way? Whilst I cannot imagine what it would be like to l... View
Futureproof - 58 minutes ago
I have COVID and in isolation. I needed to see the doctor for another matter, but couldn’t due to being infected. So now, I... View
kenbehrens - 2 hours ago
There seems to be a trend to talk down the loss of someone to Covid, by referring to them as a number, minimising the signifi... View
Lifestyle 20