Closing the gap is a major problem in Canberra too 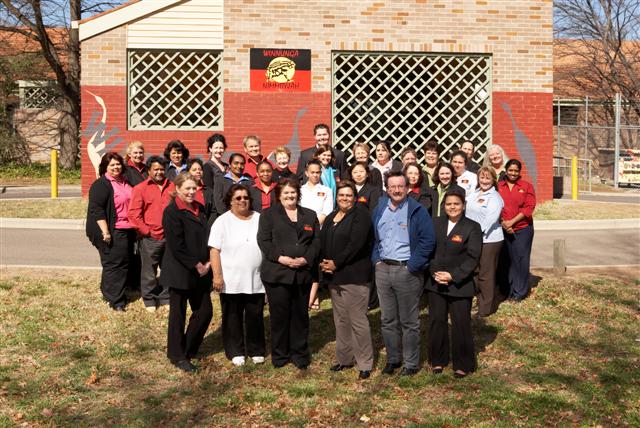 As Prime Minister Scott Morrison rose to deliver the annual Closing the Gap report in Parliament today, it would be easy to assume that he was talking about somewhere other than Canberra. The PM conceded that on almost every measure we’re failing to close the gap between indigenous and non-indigenous Australians. But outcomes in the ACT are as bad or worse than anywhere else in the country.

Julie Tongs has been the CEO of the community controlled Winnunga Nimmityjah Aboriginal Health Service at Narrabundah for 21 years and she believes that for the past 15 years, Aboriginal wellbeing in the ACT has essentially gone backwards.

“Our levels of incarceration at the Alexander Maconochie Centre have gone through the roof, for example,” she says. “It is just heartbreaking. We need to talk about system failure, where the government starts out on a process, but it becomes a trainwreck and you end up nowhere.

“I’ve stopped going to meetings because I can’t sit in talk fests anymore. The disadvantage is so real for local people.”

Her comments are echoed by former chief minister Jon Stanhope, who has spent the past four years working with Winnunga. He agrees that even as someone with a lifelong devotion to social justice issues, his eyes have been opened by the poverty and pain he’s seen in that time.

“Two headline sets of data paint the picture,” he says. “The ACT has the highest rate of indigenous incarceration in the country. We’ve overtaken Western Australia. An Aboriginal person in the ACT is over 17 times more likely to be incarcerated than other community members.

“That incarceration rate is driven by the depth of indigenous disadvantage in Canberra, which is largely invisible but starts at a very early age. We have the highest rate of removing children from their families in Australia. It is a truly stunning outcome for this wealthy city-state that we remove more Aboriginal kids from their mothers than anywhere else.”

He also points to research showing that the Territory’s Aboriginal children are on average three years behind at school, and that around 35 per cent of Aboriginal children live in poverty. Other figures are equally startling: a reduced life expectancy of up to 15 years; hospital admission rates that are four times higher for chronic kidney disease and diabetes; high levels of mental health issues; some of the highest rates of illicit drug use in Australia; high rates of homelessness and sleeping rough.

But both Julie Tongs and Jon Stanhope agree that the level of disadvantage is hidden in a community where there is also a cohort of well educated middle-class indigenous people working in academia and the public service. There’s also little recognition of the population size: there are around 7000 Aboriginal people living in the ACT.

That lack of visibility and outright racism is one reason why Julie Tongs believes Canberra’s outcomes are so poor. “In 21 years at Winnunga, I have seen it all,’ she says. “We are a well managed, well-organised community controlled health service, but the disrespect shown by people who don’t include us in decision making from the beginning is appalling. It’s always after the event that people come to us to talk about how something will happen.

“We are subjected to constant racism, and if it’s happening to me, how bad is it for those people that don’t have a voice?”

Jon Stanhope believes that remediating the gap in the ACT starts with empowering the Aboriginal community so that all decisions around formulating and managing policy and programmes include them. Both believe that reconciliation is premature until there is a formal reckoning around the past.

“People in the community will tell you that Aboriginal people should just move on and toughen up and that history cannot be undone,” Stanhope says. “Nobody is asking for that, the reality of the past needs to be taken into account and acknowledged. I fear many within the community don’t even think about that.”

Julie Tongs agrees that nothing meaningful will happen to close the gap without full recognition of the past and full engagement with Aboriginal people, and that includes us here in Canberra. “Start taking our advice, listen to us and show us respect,” she says.

What could we do better to close the gap in the ACT?

Jon Rooks - 2 minutes ago
I'm glad Belconnen is being further developed as a community hub. My main concern are the single lane 'spokes' (like Bindubi)... View
Elspeth Shannon Rollason - 6 hours ago
All these buildings. If families move here then where are the playgrounds for kids to be active? What is being done about saf... View
News 3

@The_RiotACT @The_RiotACT
Discover what Kent Nhan from XO and ILY loves about #Canberra dining and what's in his own pantry https://t.co/RtSwUJSBZF (25 minutes ago)