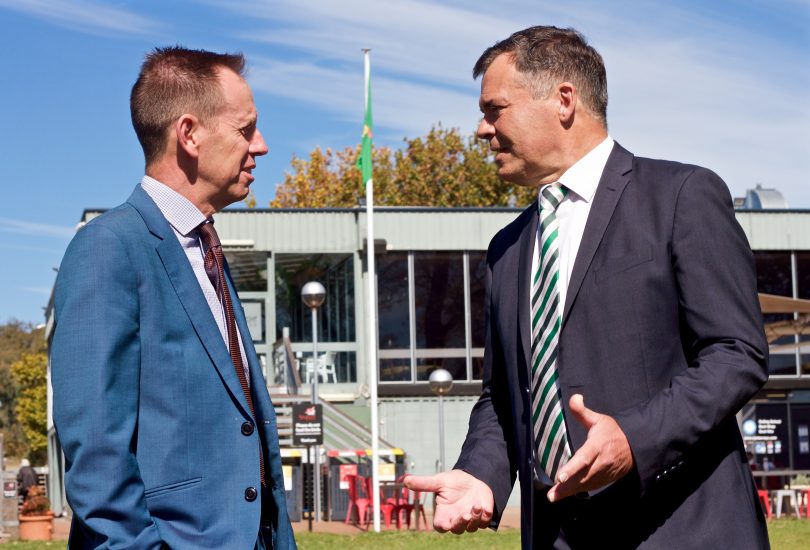 Seven community clubs in Canberra are taking their first steps towards reducing their reliance on revenue from poker machines by diversifying their business models to initiatives including an early learning centre and an electric vehicle charging station.

The diversification measures are part of $632,811 in grants to help fund initiatives as part of the ACT Government’s Diversification and Sustainability Support Fund, which helps Canberra’s clubs diversify their business models away from gambling-based revenue.

The Canberra Southern Cross Yacht Club in Yarralumla, which has been pokie-free since 2019, received a grant of $101,518 to install solar panels and light fittings as well as an electric vehicle charging station to offset the revenue from poker machines.

Other grants include $155,000 to Belconnen Bowling Club to upgrade and reopen its kitchen, and $100,000 to Belconnen Soccer Club to develop an early learning centre at the club’s McKellar site.

The Canberra Irish Club will install a solar grid system at its premises at Weston Creek from a grant of $99,093 while the Hellenic Club at Canberra has received $100,000 to engage a consultant for the redevelopment of the club’s main site at Woden.

While former poker machine addict and now staunch advocate against pokies, Kate Seselja, welcomed the ACT Minister for Gaming Shane Rattenbury’s commitment to addressing what he has described as a “broken business model”, she is hopeful it is the first step of many to stop the impact of gambling harm. 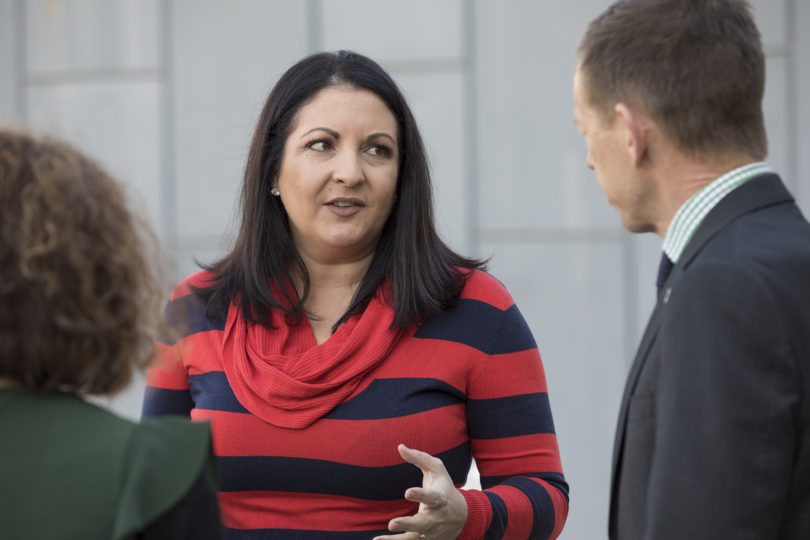 “To see meaningful change in this space is something that I and others have been fighting for many years,” said Ms Seselja.

“While we agree that clubs play an important social role in the community, the focus to make sure that clubs protect their financial viability above the known public health impacts of gambling harm will never sit well with me.”

Minister Rattenbury said too many community clubs are highly dependent on revenue from poker machines, and the ACT Government will continue to support clubs to reduce their reliance on them.

“The seven clubs that will receive payments in this round of grants have shown their dedication to a sustainable long-term future – a future that builds community and prevents harm,” he said.

Canberra Southern Cross Club CEO Ian Mackay said revenue at the Yacht Club had reduced by between 10-15 per cent after the club surrendered its authorisation certificate, meaning gaming machines would not return to the site.

However, he admitted it would be “a long, long time” before all of the Canberra Southern Cross clubs would be free of poker machines.

“There were around 25 machines here at the Yacht Club, and we were able to replace that by turning it into function and restaurant space, and investing in the continued growth of Snapper on the Lake [restaurant] downstairs,” said Mr Mackay.

“When you try to diversify away from gaming revenue, you have to work every other asset harder and better and we’ve been able to do that across our hospitality business as well as our health and wellness business by opening new gyms.

“You really have to get with the program to benefit from it in years to come, and that’s what we’ve made the choice to do.”

Mr Mackay also said the clubs would invest in more live music and entertainment, and would be making an announcement about increased live music at the Yacht Club precinct in the coming weeks.

ACT Shadow Minister for Gaming, Racing and Community Clubs Mark Parton said the funding only translated to the government giving clubs their own money back.

“This fund has been established with yet another new tax on clubs at a time when their gaming revenue is as tight as it’s ever been,” he said. “The clubs that miss out on the funding still pay the tax so they will be giving a leg-up to their competitors.

“Many of our clubs continue to struggle and it’s inevitable that more of them will close under this minister’s watch. Is the government going to step in and provide relief to the hundreds of sporting and community groups who will lose their funding when their associated clubs close?”