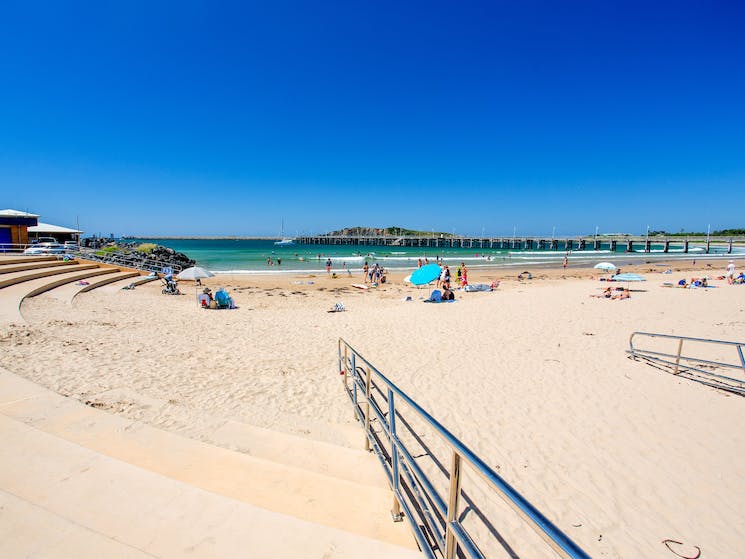 Canberra’s embrace of the new direct air link to Coffs Harbour has been rewarded with an extension of the service until at least the end of January, covering the entire school holiday period.

Canberra Airport and local airline Link Airways announced the new route in July with a twice-weekly service and a launch price of $189 one-way from 22 September.

It will be the first time Canberrans can fly direct to the Mid North Coast holiday centre.

Canberra Airport head of aviation Michael Thomson said that due to popular demand, the service would now be extended into 2023.

“We’re excited to connect travellers with Coffs Harbour – this underrated and spectacular part of the Mid North Coast of NSW, with pristine beaches, mountain escarpments, rainforests – a nature lovers paradise and, as expected, this new service has already been a huge success,” Mr Thomson said.

Link Airways manager of network strategy Jeff Boyd said despite being still a month out from the first flight there had been such strong demand already that the company believed the service should be extended.

“It is wonderful to see these flights extended, allowing Canberrans to visit the sunny far north NSW coast now or for the following school holidays and Christmas holidays, with the service extended until at least 31 January 2023,” Mr Boyd said.

The new service will provide Canberrans with direct access to another holiday destination and bring visitors to the national capital from that part of NSW.

The ACT Government’s tourism arm VisitCanberra has been working with Link on cooperative marketing campaigns to promote the new service.

Link Airways, a Canberra-owned airline, currently operates services across five states and territories to 15 destinations, with the 34-seat Saab 340B Plus and the smaller Metro 23 aircraft.

The Coffs Harbour service will take just over 90 minutes on the Saab 340B Plus aircraft, which has full in-flight cabin service.

Link is owned by Corporate Air – one of the longest-established aviation service providers in eastern Australia.

Yes but they are very expensive 😳