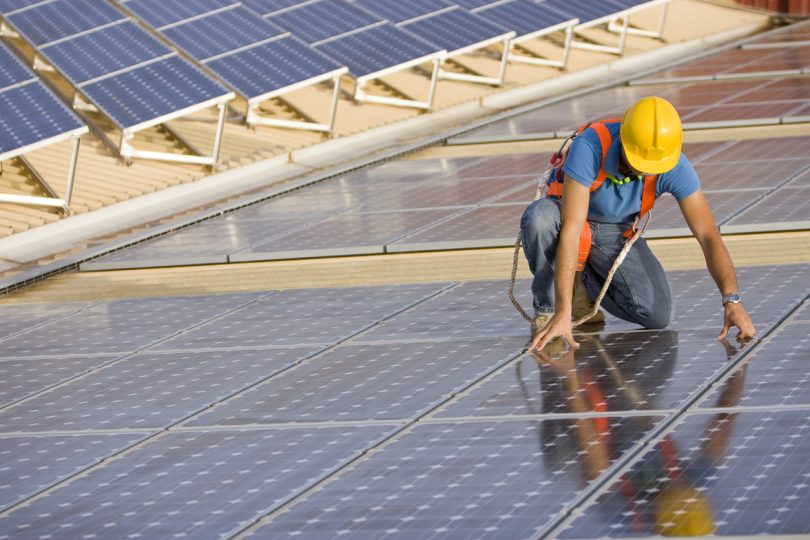 The impacts of global warming and climate change have challenged the conventional ways in which we deal with our surroundings and have pushed policymakers to pursue instruments that are environment-friendly and those that shape human behaviour. The problems of desertification of land, rise in sea level, melting of the ice caps etc. are only just a few of the problems that have culminated in the decision to limit temperatures to two degrees. In the ACT particularly, this means hotter summers, the increased risk of bushfires and variable rainfall. The government is therefore committed to reducing its impacts on the environment by employing various mitigation policies that endeavour to achieve net zero greenhouse gas emissions by 2050 at the latest. 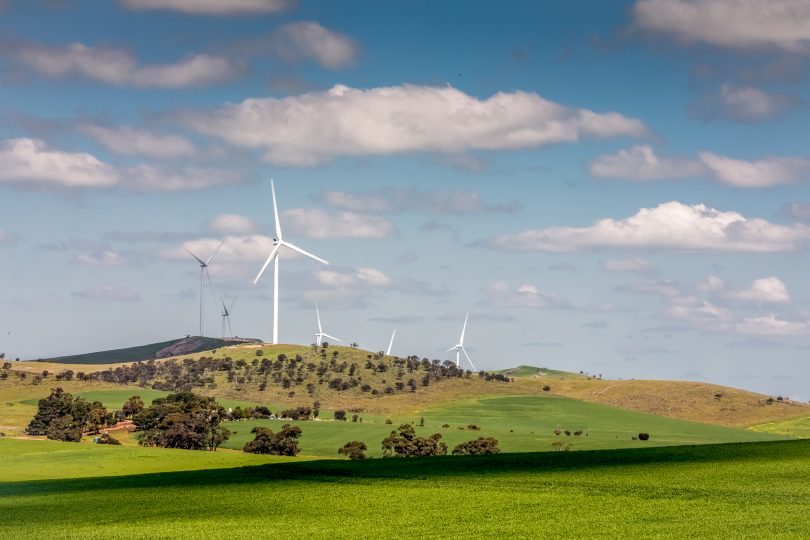 In December 2017, as a first step towards meeting the net-zero target, the government released the discussion paper titled ‘ACT’s Climate Change Strategy to a Net Zero Emissions Territory.’ The paper highlights the salient topics that necessitate the transition towards net zero emissions. It employs various scientific and economic tools to analyse the current threats to the environment and the means by which one can combat it. The paper also delineates the various innovative strategies that the ACT government has undertaken in order to reduce the risks posed by climate change, while also ensuring that growth and development are not compromised and that Canberra remains one of the most liveable cities in the world. 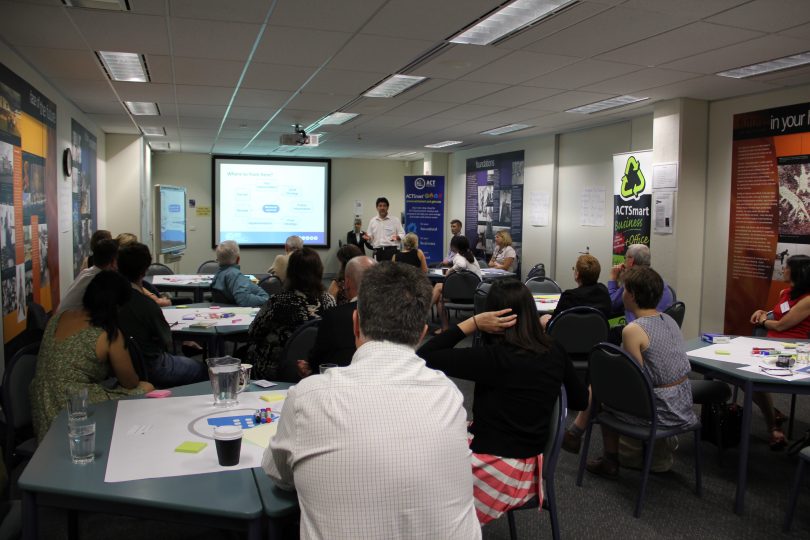 On Thursday 8th February 2018, the ACT government hosted their fifth roundtable event with stakeholders and engaged in a holistic discussion on the effective pathways that need to be considered in furthering the government’s mission to achieve net zero emissions. The event was hosted so as to engage with stakeholders and encourage them in airing their views on how Canberra can become more sustainable. Antonio Mozqueira – Manager Climate Change Policy of the Environment Planning and Sustainable Development Directorate for the ACT government, emphasised the role of the community in helping to inform climate change policy towards net zero greenhouse gas emissions. According to Antonio, “Since early 2017 we have convened five Roundtables and invited community members to share their ideas on how to tackle climate change. Each Roundtable has helped us better define problems and solutions and the immediate feedback from the community we get is invaluable.”

The discussion also pursued stakeholders to seek out ways they think will help the city to adapt to the capricious nature of the climate, following the release of CSIRO’s urban heat report for Canberra commissioned by the ACT government. The contribution from the stakeholders is pivotal in not just addressing their grievances, but also establishing their role and participation in the government’s efforts to combat the effects of climate change.

The ACT government is keen on developing a knowledge sharing platform and wants to hear what you have to say. Do you have any ideas on how Canberra can become more sustainable?

But who wants to achieve Net-zero emissions anyway? Will we be any better off? Will we have cheaper power bills? Will it cut the cost of living? No. It is just a warm and fuzzy platitude to make us all feel good.

As for “climate change”, I have just booked this year’s ski holiday in Thredbo, the same holiday I was told ten years ago I wouldn’t be able to have because there would now be no snow due to “climate change”. Similarly in a few months I will be booking the summer holiday on the Gold Coast in the beachfront motel, the same motel I was told would be under water by now due to rising sea levels.

Move on everybody, nothing to see here.

Im surprised ACT is not following SA in their initiative.
Even though smaller in size it would have been a better pilot test bed to build a solar farm and battery farm here.
(hypothetically without the politics and business of the snowy hydro)
With current ACT Housing needing to be rebuilt – this should be an initiative in design to include for sustainable housing.

tesla boxes for everyone

Start charging Rego based on CO2 emissions as they do in the Uk and parts of Europe.

If that charge is wanted, it would be better to charge that cost against kms driven, as why should someone who might only drive say 5,000 kms a year, be slugged as much on their rego as someone who drives say 20,000kms a year? Where is the incentive there to drive less? It would be more equitable to add that charge to petrol, not rego. The petrol consumption of the individual car would also effect the amount paid.

We already pay a distance tax via the fuel levy, this way would encourage more efficient cars as it has in Europe. Cars with emissions below 100mg do not pay rego in UK, they still pay the other levies but not the Rego component. It can be designed to be revenue neutral with the least efficient and some diesel cars being more heavily taxed reducing major city pollution.

Acton - 8 hours ago
Vaccine hesitancy is a rational response to perfidious government changes to vaccine eligibility as risks rise with each AZ v... View
Futureproof - 9 hours ago
I haven't been vaccinated. I want Pfizer but get told too bad so sad, get AZ. No, I want a choice and it ain't AZ... View
Courts & Crime 1