Experts in buying, selling & renting
Your property, your future
3 April 2020 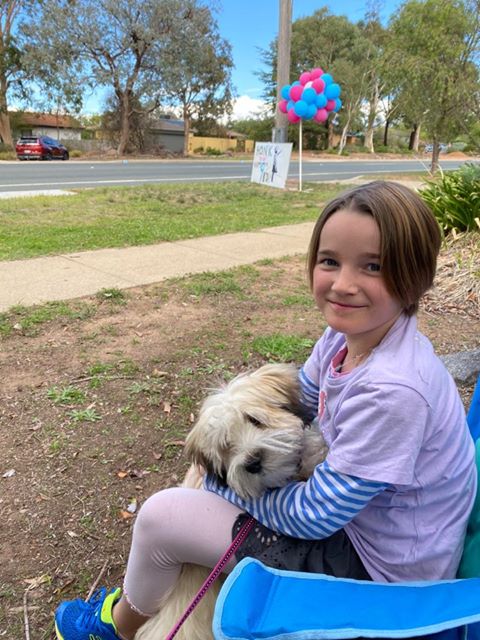 Anaïs De Costa had a birthday to remember after she was forced to cancel her party because of concerns over COVID-19. Photo: Supplied.

After having her school camp and Girl Guides group cancelled in the last week, nine-year-old Anaïs De Costa was looking forward to sharing her birthday with family and friends before she was forced to cancel it because of COVID-19 concerns.

Determined to make sure she would not have to have her birthday in isolation, her parents came up with the bright idea of getting the community involved with her party, albeit at a distance.

“My daughter was a bit upset because she had a big birthday party planned and we had to cancel it,” Anaïs’ mother, Barbara, told Region Media. 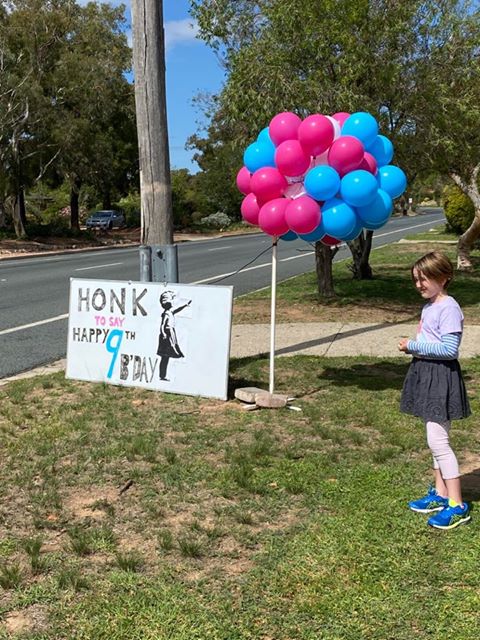 Anaïs’ parents made her a sign for her 9th birthday to get the community involved after her party was cancelled. Photo: Supplied.

“She thought she was going to have a really rubbish birthday so we made a big fuss over her at home and my husband made that cool sign and got all those balloons. She loved it!”

The family was overwhelmed with the community’s response after the post went viral on Canberra social media and a plethora of cars honked their horns throughout the day.

“Some of her friends drove past a couple of times and brought presents down as well, it was cute,” Barbara said.

“Every time somebody drove past and honked their horn I had to hold back tears.

“There were times of the day it was going crazy with people honking their horns, which was kind of difficult for me because I am working from home so I was not terribly productive [that day] if I am being honest,” Barbara joked.

It all made for a unique birthday party despite the physical isolation.

“She got a box of Le Snacks which made me laugh,” Barbara said. “We were sitting outside and she got a little cuddly toy and Playdough. She also got some useful stuff for isolation like a kid’s laboratory and science experiment kind of stuff.”

But Anaïs’ favourite toy was the one she could cuddle. 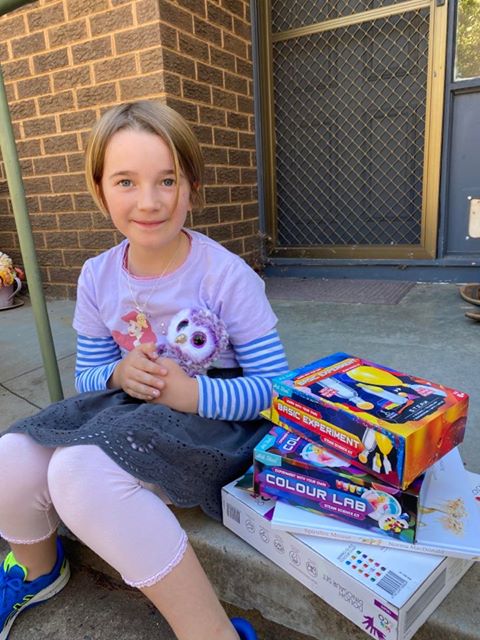 “A beanie boo was my favourite,” she said. “It made me feel really happy.

“A lot of my friend’s parents drove past.”

It has been a strange few weeks for students around Australia as they adapt to remote schooling model and learning from home. But for Anaïs, there’s a silver lining.

“I got a fluffy puppy and I like to play with him at home. It is not that distracting, though, because he is really sleepy.”