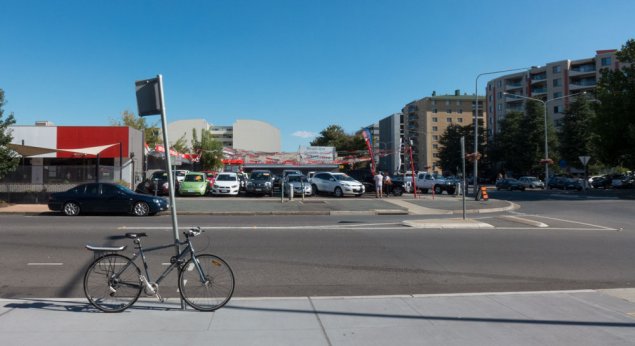 There are reports circulating that the future of an important aspect of Braddon’s heritage is in danger of being lost.

The Northbourne Historic Trust’s President, Sir Kenneth Wayla, has pointed out in a press release that following the closure of the used car sales yard in Lonsdale Street, that there is only one used car sales yard left in a precinct that was till very recently dominated by the auto industry.

Sir Kenneth has regretted that they were not notified of the decision to allow the second last used car sales yard to close, as it is important in heritage terms to preserve not just one yard, but several to maintain the integrity of used car sales heritage sites. 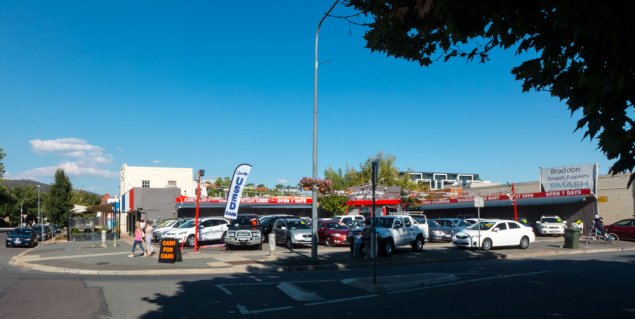 The President of the Royal Association of Building, Anthony Monash, has backed this call for heritage action as it has been identified that one of their almost now forgotten building designers, Sir Harrold Plunket, may have been remotely responsible for the layout of this used car yard back in the early 1960s. They are reasonably sure that Sir Harry designed these yards in line with international movements to integrate used car sales yards on prime sites within all new garden cities.

The Capital Territory Authority’s urbanisation committee president, Ms Katie Lecrap, has stated that it is possible that Walter Burley Griffin may have included used car sales yard designs within the original 1911 Griffin Plan. She has demanded that this last site should be saved for future generations to appreciate that within good urban design there always needs to be multiple used car sales yards. Ms Lecrap is establishing a national sub-committee to look at visionary strategies to save used car sales yards and to set up a special annual Canberra festival of used car sales yard designers, although that would probably require yet another sub committee. But given the Capital Territory Authority’s love of meaningless sub committees rather than solutions, this would be a most likely outcome. 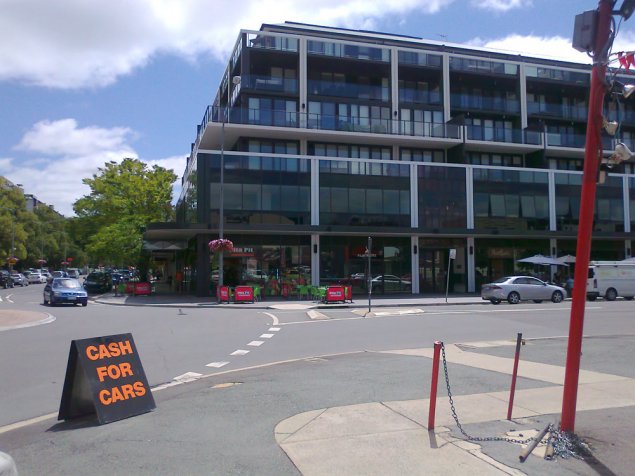 And there’s more! The North Canberra No Trams Action Group has sent a blunt message to the Chief Minister to point out that the possible closure of this last Braddon used car yard could be further proof of the lack of justification for the government’s building of a metro line down nearby Northbourne Avenue. As the connection between these two matters is not clear, the North Canberra No Trams Action Group intends to set up a special independent professional task force to more clearly identify the link – as they firmly believe it must be there somewhere.

The Chief Minister has come out fighting and labeled all those making complaints as Nimbys and probably older people who should be moved on. He remains firmly confident that his government’s view on this heritage matter is in the minority as it is in all matters dealing with residents and suburban development. The Chief Minister has reminded people that he has the power as Minister for Urban Destruction to over-ride any sensible planning decisions and to have such used car yards removed overnight – on any night of his choosing. The Chief Minister put on record that he seriously thought he was elected by the voters of Canberra on a mandate to deal with the future of used car sales yards and that he was following through on this mandate. And that if people did not understand that, then they should go back from where they came from!

This very serious heritage matter is expected to be taken to the Canberra Heritage Appeals Tribunal and it is expected that this panel of thoroughly independent professionals should be able to make a long drawn out compromise decision, to suit absolutely no one, by the 1st April 2016; which is always a good date for such crazy heritage decisions to be handed down each year.

The current CM is clearly a smart fellow but I doubt he believes in democracy except for the Singapore model.

Sob! Sigh!!!! I’m gonna miss the glint of chrome shining in the bright morning sun, the crystal reflections of building cranes and scaffolds reflected in windscreens, the rustic smell that can only come with dust-infused oil leaking from cracked sumps, the pure aqua blue of coolant dribbling from leaking cooling systems, the single syllable grunts of motor mechanics wrestling with rusted bolts and the smooth murmur of the salesman; “have I got a deal for you”.

Please don’t give the Heritage Council any silly ideas 🙁

Not to mention the attempts to hertage list Burnie Court and the Cameron Offices.

I heard today that Barr, Corbell and Rattenbury plan to retain the car yards but only if they sell electric powered cars exclusively.

Retaining a sample one or two of the smaller blocks is not a mistake. They are in fact well designed, just a bit run down, and will actually prove quite useful both as contrasts to the surrounding higher developments and as small scale offices or cafes or whatever someone’s imagination will make of them.

You may struggle with that but we go through this every generation.

Wasn’t so long ago that we couldn’t knock down Victorian terraces or Federation bungalows fast enough.

Most people have little or no knowledge of architecture, art or style and just work on gut like/dislike, usually based on nothing other than what they grew up with.

You’ll see what these look like after a spruce up and refurb. They’ll be a wonderful addition to the streetscape. Canberra is not overly endowed with history or quality buildings, it is all part of our rich tapestry.

Please don’t give the Heritage Council any silly ideas 🙁

Hahaha it’s not satirical enough. This is exactly the sort of stuff that people do whinge about! I’m suprised these complaints haven’t actually been made yet! 🙂

I was reading this and thought, surely an April fools day joke, then I thought, this article will probably become a selp prophecy and someone will actually jump on the bandwagon and fight for a used car yard to be retained! If this happens the author of the article has a lot to apologise for 🙂 This is Canberra after all and its not outside the realms of possibility.

The whole “hipster cool” post industrial vibe is enhanced with the caryards there, I don’t mind them at all, it’s good to have the urban contrast.

Tina Newsome - 5 hours ago
I will be paying. These guys put so much work into their garden and every year that I have been it has been beautiful! So sad... View
Sport 20

@The_RiotACT @The_RiotACT
Penrith coach Ivan Cleary's been handed a $20,000 fine for questioning the integrity of referee Gerard Sutton in his side's 28-12 win over the @RaidersCanberra https://t.co/YXBr6BVHUI (16 minutes ago)