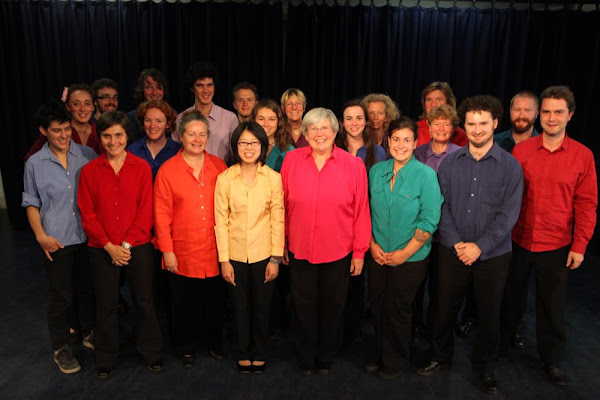 An unusual group of musicians and performers have gathered in Canberra to begin three months of preparations for an ambitious, off-beat adventure – a seven-month world tour.

Wayfarers Australia are a choir whose members come from across the country – twenty-five members from eight different towns and cities, as far afield as Alice Springs and Coffs Harbour. They range in age from 12 to 70. Between them, the Wayfarers play dozens of instruments, speak many languages, and bring skills in dance, drama, puppetry, on-the-spot production design and other aspects of performing arts.

The director of Wayfarers Australia, Judith Clingan AM, is perhaps Canberra’s best-known musician, and one of Australia’s most respected music educators. A composer, teacher and conductor since the 1960s, Judy’s name is a byword in Canberra’s music scene for peripatetic, energetic, visionary and occasionally chaotic musical brilliance. At an age when most are winding down, Judy is driving her most ambitious musical adventure yet.

The Wayfarers’ tour begins with two months in south-eastern Australia, from Adelaide to the far north of NSW. In May, the Wayfarers will leave for Taiwan and mainland China, before crossing Mongolia and Russia on the Trans-Siberian Railway. The choir will visit towns and cities in Scandinavia, central and western Europe, Britain and India, before returning in early November. On their way, the Wayfarers plan to walk part of the Camino de Santiago, a pilgrimage route across northern Spain; sing mass in the Cathedral Basilica of St Mark in Venice; sing in a chapel built by Italian PoWs in the Orkneys; perform in a rural Indian village; and stay at a health resort in Irkutsk.

On this improbable adventure, the Wayfarers will support themselves by running choral and music theatre workshops, giving various concerts, and busking – a tried and tested, if demanding modus operandi. Wayfarers Australia started out in the 1990s with a strong connection to the Steiner educational movement, and continues to connect with the global community of Steiner schools and artists as its principal network. This allows for real shoestring travel, with a chain of schools and communities planning to billet the choir for much of its way across the world.

Ahead of their departure, Wayfarers Australia will be giving a series of concerts and performances around Canberra, each with a different theme.

Canberrans can expect to see the Wayfarers busking at various locations in the city, including the Kingston Old Bus Depot Markets, until April. 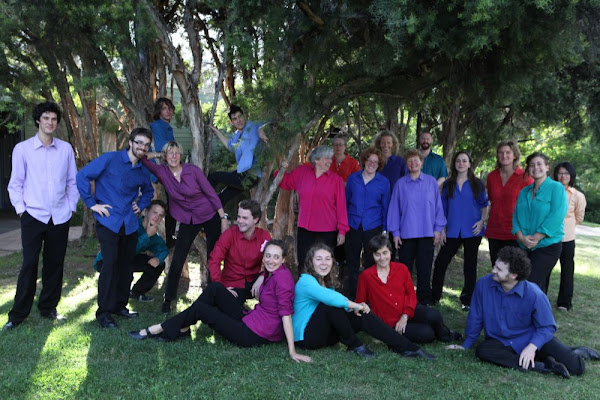 JC - 2 hours ago
What sections of stage 1 are poorly designed and need fixing. As for the traffic lights you gotta be kidding right? As both a... View
Capital Retro - 4 hours ago
Three things to remember about the light rail: 1. The Greens want it. 2. It's all about urban renewal; it was never about pub... View
bj_ACT - 5 hours ago
I think you’ve raised some valid questions. There might well be valid answers from the ACT Government to those questions. I... View
Opinion 8

Melissa Hobbs - 2 hours ago
Need to sort out the health care system in the Berra. Worst in the country View
Lifestyle 31

Capital Retro - 7 hours ago
"The data is only accessed by ACT Health if it is needed for contact tracing purposes and contact details are deleted after 2... View
garyfrancis - 14 hours ago
Under what rule, law or legislation is this being bought to us via? View
garyfrancis - 15 hours ago
Argo please. The 28 day "guarantee" really? Who is going to get caught holding onto the information for more than 28 days? Wh... View
Property 36

jorie1 - 7 hours ago
These changes are ridiculous and will only force landlords in the ACT to sell up. It is already not financially viable to hav... View
Maya123 - 10 hours ago
The best time to get houses upgraded would be when the house is sold. This would then cover both rentals and owner live in ho... View
Acton - 12 hours ago
First will be calls from tenant lobby groups for mandatory roof insulation, then better blinds and curtains, double glazed wi... View
What's On 8

Alan Davey - 1 day ago
Thats common sense for you ,some people live and let live, others winge for wingings sake ,... View
show more show less
*Results are based on activity within last 7 days

The developer of the problem-plagued Gungahlin pool has been absolved of liability for building defects, including if further damage or...
Opinion 8

When we first arrived in Canberra in 1995, my boys google-eyed at the grand entry down Northbourne Avenue - the...
Lifestyle 31

Canberra's Samantha Harvey has quickly become a favourite on Nine Network's latest season of Married at First Sight, not only because...
Food & Wine 11

Autumn is officially here, bringing with it fresh foggy mornings, the illuminating Enlighten Festival, and the wafting spiced smell of...
Lifestyle 31

The developer of the problem-plagued Gungahlin pool has been absolved of liability for building defects, including if further damage or...
Sport 35

Louise Bilston’s involvement in the sport of netball is extensive, from player to coach, administrator, board member and president. When...
Property 25

Canberra home prices rose another 2 per cent in February amid a rush to buy into a market in full...
Community 25

A documentary made by a Batemans Bay filmmaker about keeping Australia's oldest show on the road is one of five...
News 21

Feast for all tastes at 25th Canberra International Music Festival

@The_RiotACT @The_RiotACT
Our latest weekly newsletter is out, recapping all the top local stories of the past seven days. Subscribe to get it in your inbox each Thursday https://t.co/sif1Mnd065 (1 hour ago)

@The_RiotACT @The_RiotACT
Rodney Plumb’s workplace has one of the best views on the South Coast, but when the massive new Batemans Bay bridge opens, the 78-year-old will be out of a job https://t.co/3qW3E9sZIB (3 hours ago)

@The_RiotACT @The_RiotACT
The Save the Narrabundah Peafowl group will put its issues with road safety and speeding motorists to the ACT Government after the deaths of several peafowl in the area https://t.co/QxMNzZFXoT (5 hours ago)