6 May 2020 | Dominic Giannini
Start the conversation 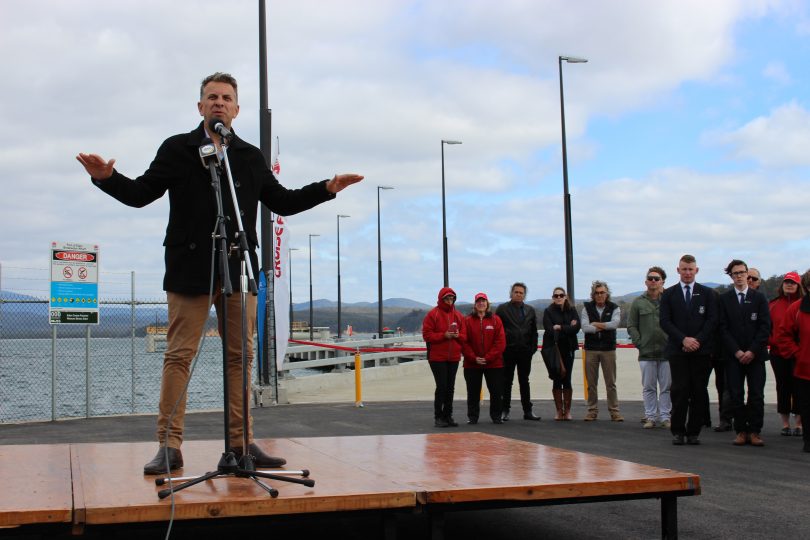 Member for Bega, Andrew Constance, will withdraw from the Liberal party pre-selection process for the Eden-Monaro by-election. Photo: File.

UPDATED 3:00 pm: The Coalition stoush over preselection for Eden Monaro continues to develop rapidly, with revelations that Member for Bega Andrew Constance’s decision to pull out of Liberal pre-selection was partly influenced by expletives allegedly used to describe him by John Barilaro.

The story, which ran in New Corp mastheads today, says Mr Barilaro used the expletive after Mr Constance approached the NSW Liberal executive to research the seat. In a press conference today, Mr Constance rubbished the newspaper, saying he would call out “cheap political services”.

“We have now seen that in such a great way on the front page of the [Daily] Telegraph. I mean, stuff that,” Mr Constance told reporters. “I had not signed up to contest federally to be called that type of smear.

“Obviously, I do not believe John means it, I had that discussion with him, but the point is, it is in the paper. Labor will play games with it every day of the week and that is not what the community needs at the moment.

“When I said politics is stuffed in this country … some of the people in it need to have a long, hard look. I mean it.”

May 6, 1:20 pm: Less than 24 hours after announcing his intention to seek Liberal party pre-selection for Eden-Monaro, NSW Member for Bega Andrew Constance has confirmed he is pulling out of the race.

Mr Constance said he has decided to remain focused on the bushfire recovery in his region and is grateful for the opportunities he already has.

“The community’s needs at this difficult time must be the centre of the campaign,” he said in a statement today (Wednesday, 6 May).

“I appreciate people will be confused by my actions over the past couple of days, and for that I am sorry.

“I also have unfinished business as the Transport and Roads Minister. I want to deliver crucial life-saving reforms in road safety and a safer, cleaner future in public transport.”

Mr Constance shot to national prominence for his emotional response to the trauma he experienced after almost losing his house at Malua Bay during the black summer of bushfires.

On Tuesday he told reporters he was running to re-humanise politics and in a bid to get politicians to connect better with the people they represent.

“By running in the national parliament, I want to put a number of issues squarely on the national agenda when it comes to recovery. There have been thousands of people left traumatised by both of these catastrophes,” he said.

“In terms of the national scene, I think what everyone in the country is looking for is change. They expect their politicians to reflect their emotions.

“I have seen people in recent days question my emotional fragility to be able to stand. I say to them ‘that is a positive, being open and connected and receptive to how people are feeling is very important’”.

Mr Barilaro confirmed on Monday (4 May) he would not run for the seat after consulting his family over the weekend.

Mr Constance did not resign his cabinet role as Transport Minister. Nominations for Liberal pre-selection close on Friday.